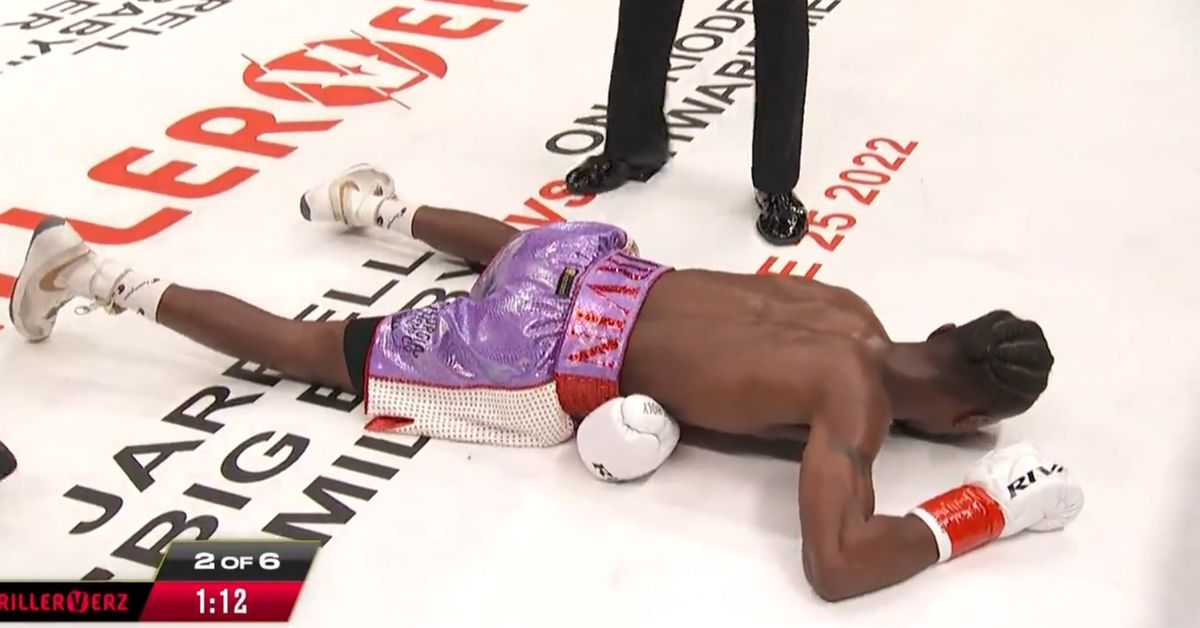 On Saturday at TrillerVerz 5 at Kia Forum in Inglewood, Calif., Evan Holyfield suffered the first loss of his pro boxing career when he was left face down on the mat by a hammer right hand from Jurmain McDonald in the second round. McDonald, a journeyman with a 6-5 pro record, entered the bout as a massive underdog while Holyfield was as high as a -10,000 favorite in the betting, according to Pro Boxing Odds.

Watch the shocking knockout punch above.

Holyfield, a 24-year-old light middleweight, appeared to protest the stoppage immediately after the referee halted the standing 10-count at eight and proceeded to wave off the bout. Prior to this loss, Holyfield defeated his first nine opponents, with six of those wins coming by way of KO/TKO.

His father, Evander, is one of the most celebrated athletes in the history of combat sports. The elder Holyfield began his pro boxing career 28-0, a run that included winning world titles at cruiserweight and heavyweight and wins over Larry Holmes, George Foreman, and Buster Douglas. He is also remembered for a two-fight series with Mike Tyson, with their second meeting ending in a disqualification when Tyson bit off a chunk of his ear.

Evander Holyfield retired from competition in 2011, but recently returned to action at age 58 for an exhibition bout against former UFC champion Vitor Belfort at a Triller Fight Club event in September of last year. Belfort defeated Holyfield by first-round TKO.

Watch another angle of Evan Holyfield’s knockout loss below:

TrillerVerz 5 is currently available to stream on trillerfightclub.com.