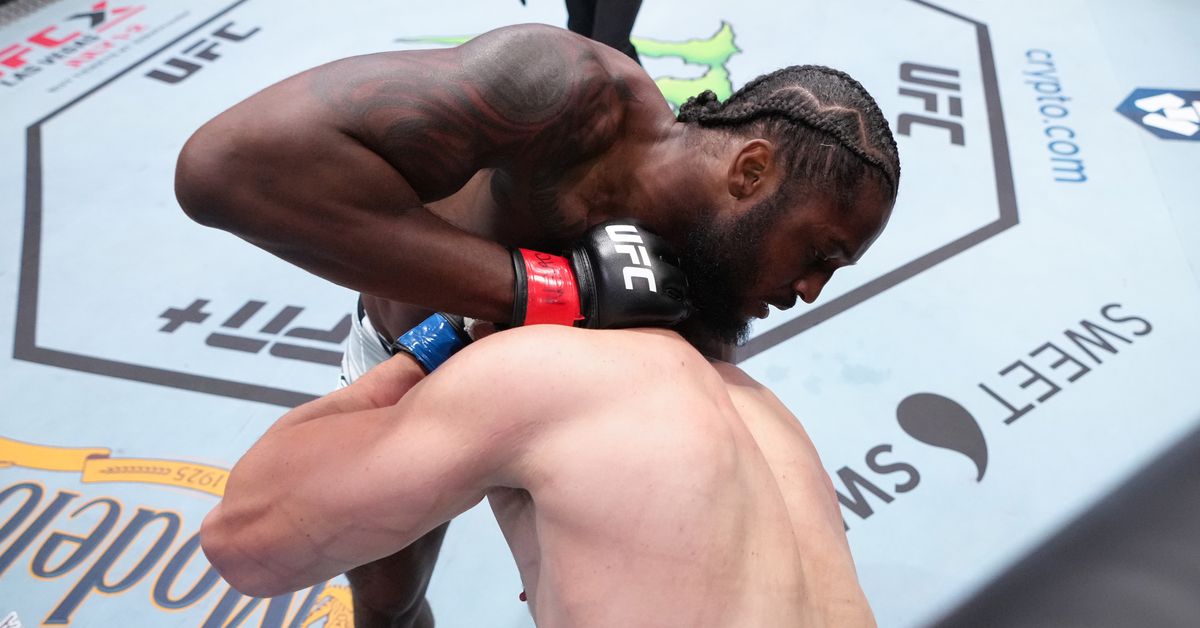 Ryan Spann only needed one mistake from Ion Cutelaba to snatch a powerful guillotine choke in the first round and get the win in UFC Vegas 54’s co-main event.

It was non-stop action from the opening second until the last, with Spann tagging Cutelaba hard on the feet before a scramble up from the ground led to the opening for the submission. Once Spann had his hands locked, Cutelaba was trapped with no chance to escape and was forced to tap, with the stoppage coming at 2:22 in the opening round.

“I had to get out of my way to come in here and do what I needed to do,” Spann said. “I’m going to get my coach that belt. I’m telling you I’m coming.”

A nasty right hand landed clean all night for Spann and forced Cutelaba to turn to his takedown to slow the action after getting rattled on the feet. Spann exploded out from the bottom, but he got too aggressive, which led to Cutelaba dumping him on the canvas again.

Undeterred from the grappling exchanges, Spann continued to force Cutelaba to work for every second he had on top, which turned out to be not very long at all.

Once Spann scrambled off the ground for the second time, Cutelaba came charging back at him — and that ultimately spelled his doom.

With Cutelaba’s neck exposed, Spann quickly latched onto the guillotine choke, which is his favorite submission, and he didn’t letting go until he forced the tap.

A constant threat in the light heavyweight division, Spann is now 6-2 in the UFC and will look to build some consistently off this performance after bouncing back and forth between wins and losses over his past four fights.