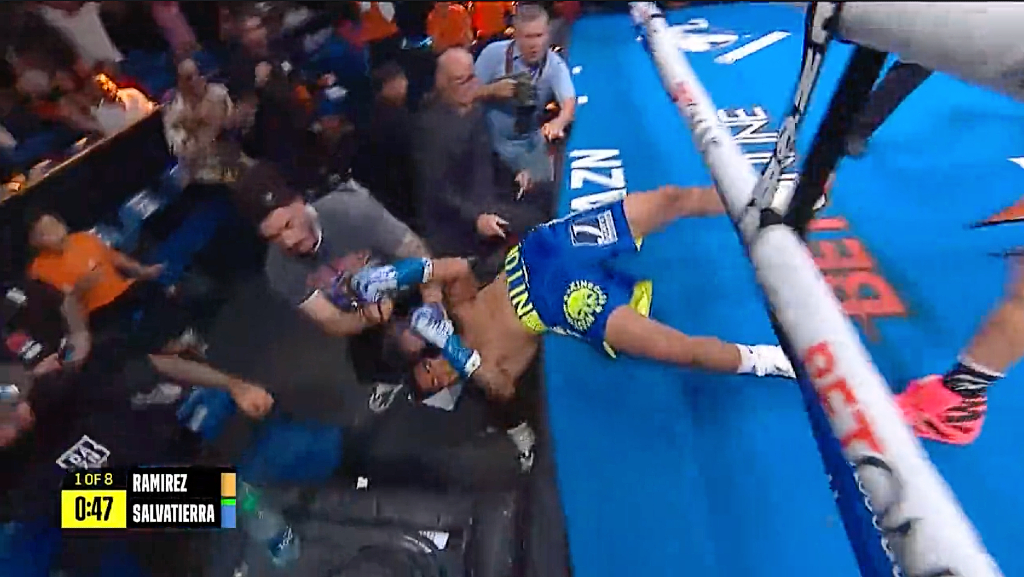 There is something about a good knockout during a boxing match that cannot be matched in any non-combat sport. That is especially the case when a knockout appears to come out of absolutely nowhere — sure there are plenty of great knockouts in round 11 of a 12-round heavyweight bout, but when someone connects with a clean KO shot before dozens upon dozens of punches catches up to someone, it really is a sign that a right or left hand could not have connected any more cleanly.

On Saturday night, we got a knockout punch that rivals anything else we’ll see this year. John Ramirez and Jan Salvatierra went toe-to-toe on the undercard for the Gilberto Ramirez vs. Dominic Boesel a little later in the evening, but J. Ramirez — who entered the night 9-0 with seven of his wins via knockout — decided to steal the show.

A little more than two minutes into the first round, Salvatierra started backing into the ropes and Ramirez saw a chance to throw a vicious right hand. It caught Salvatierra right in between the eyes, and he didn’t just go down, he straight up got knocked out so badly that he fell directly out of the ring.

While Salvatierra got back into the ring, there was no chance this one was going to continue.