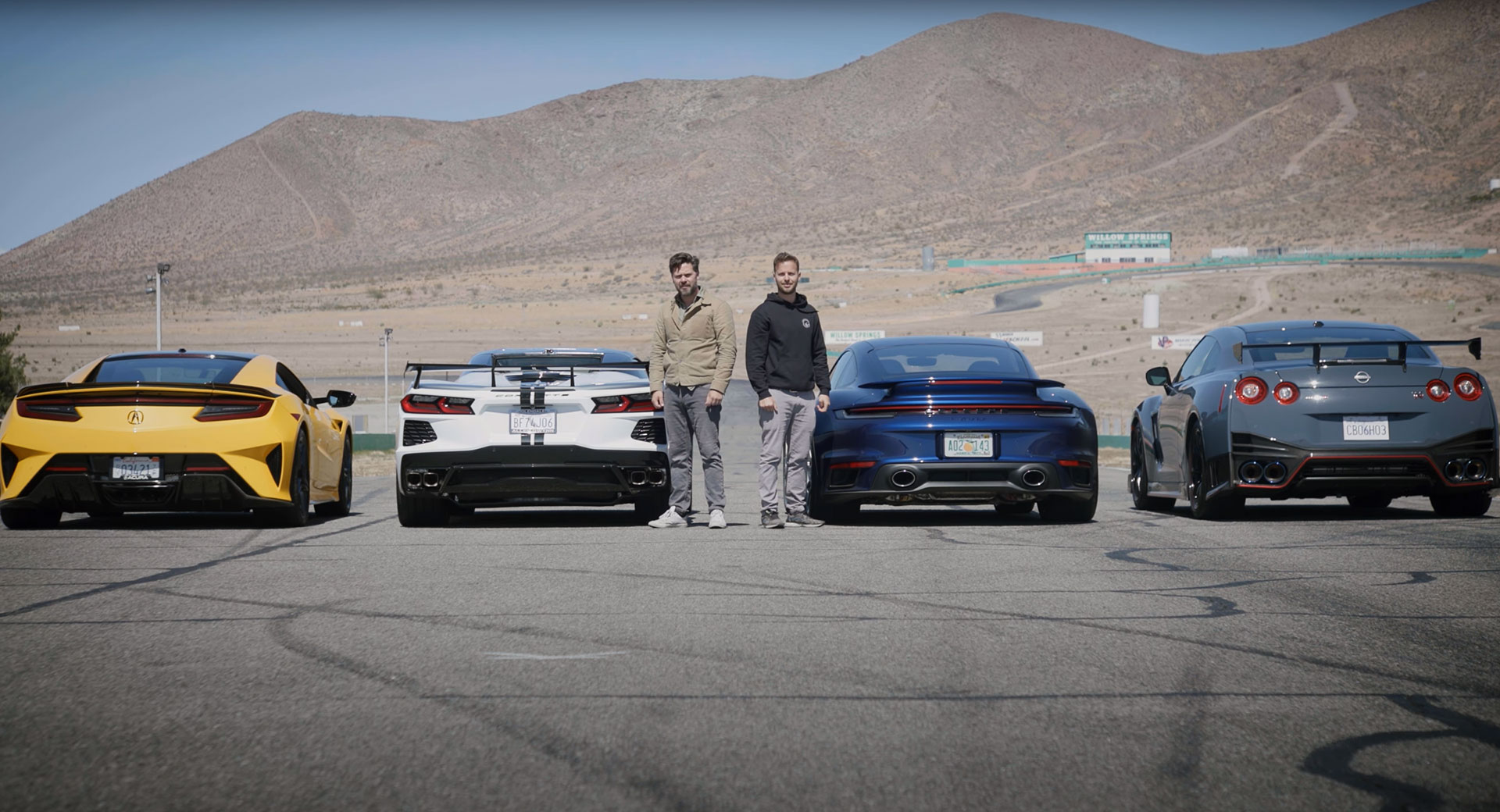 The Acura NSX Type S, Nissan GT-R Nismo, Porsche 911 Turbo S, and Chevrolet Corvette Stingray are four of the quickest and most exhilarating performance cars on the market but which of them is the one best-suited to the drag strip?

To answer that question, the guys over at Throttle House pitted these four against each other for a series of drag races at the Willow Springs International Raceway in the U.S.

Read More: 2022 Acura NSX Type S Is A 600HP Special That Promises To Be The Fastest And Best-Handling NSX Ever

The first race features the GT-R Nismo, NSX Type S, and the C8 Corvette. All three sprint off the line exceptionally well but it is the Nissan that takes an early lead and holds on to it for the entire race, finishing ahead of the Acura in second and the Corvette in third.

A rolling race is then held between the trio and while the Corvette was left behind, the GT-R and NSX Type S were exceptionally close but ultimately, the Nissan just claimed the win.

The last race features the GT-R Nismo and the 911 Turbo S. Despite how accelerative the Nissan is, it has no hope of keeping up with the Porsche and gets left in the dust.