LIL Keed slammed Young Thug and Gunna’s arrests after he allegedly posted in defense of the YSL label prior to his untimely death.

The up and coming Atlanta rapper, who died this week at the age of 24, made a passionate plea to prosecutors as it was revealed that rap lyrics would be “used as evidence of gang crimes.”

Keed was signed by YSL (Young Stoner Life), as well as 300 Entertainment as a youngster – later collaborating with stars such as Travis Scott and Chris Brown.

And following the RICO indictment filed in Fulton County against a number of the label’s rappers, including founder Young Thug, alleging ties to the Young Slime Life criminal gang, he chose to defended the institution online.

He said YSL label is “not a gang, not a criminal organization, not a mob,” but rather a “family, a label, a way of life.”

Keed was referring to indictment charges Young Thug, rapper Gunna, and 26 were facing with charges specifically including conspiring to violate the RICO Act and participation in criminal street gang activity. 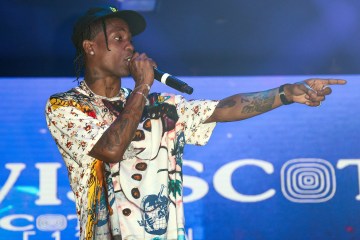 USA Today reported that the conspiracy charges filed against the defendants date back to 2013, while the gang charges date to 2018.

Prosecutors allege that the gang members committed more than 100 crimes to advance their interests.

Those claims include appearing in videos with inflammatory song lyrics, posting images with gang symbols on social media, possessing drugs with the intent to distribute, aggravated assault, and murder.

According to Vulture many of the lyrics written in the indictment tended to make direct reference to violence – including in hits such as “Original Slime Shit” and Juice WRLD’s “Bad Boy.”

And this week music producer Metro Boomin also showed support for the two rappers and all the artists involved in the indictment – labelling the use of lyrics as evidence as “lame af.”

He tweeted: “Using song lyrics to indict n***as is lame af and a joke. These the same lyrics that have made billions for these corporations over the past decade,” he wrote.

“I’m waiting now to see who gon step up and use those same resources now that the coin has turned … Or y’all jus gon turn the other way and leave n***as how Interscope did Pac in 95??”

He also continued to say YSL is not a gang but rather a company that’s provided “countless jobs and opportunities” to the Black community.

This weekend Young Thug and Gunna were both denied bond as they remained in police custody over the charges.

Attorney Brian Steel said his client is being held in total isolation in a windowless, cement compartment with only a bed and a toilet.

Steel also reported the isolated cell has an overhead light that stays on 24/7 preventing Young Thug from sleeping.

He also allegedly hasn’t been allowed any human contact.

The Cobb County Sheriff explained Young Thug was being held in solitary confinement “for his own safety,” and the overhead lights stay on so officers can regularly check in to make sure he is okay.