There is an old adage in the automotive world that goes when in doubt, flat out. An Infiniti driver whose attempt at drifting was recently posted online is a pretty good example of why that’s not always the case.

It seems like the video starts in media res after the car has already started hitting one of the concrete barriers around a drifting enclosure. After the back of the car hits the wall, the front quickly snaps into it, too.

This being a drift attempt, the driver’s wheels were also pointing towards the barriers, not away from it as they might be if this were a corner on a racetrack, pushing them further into the wall. That causes it to actually climb the barrier. 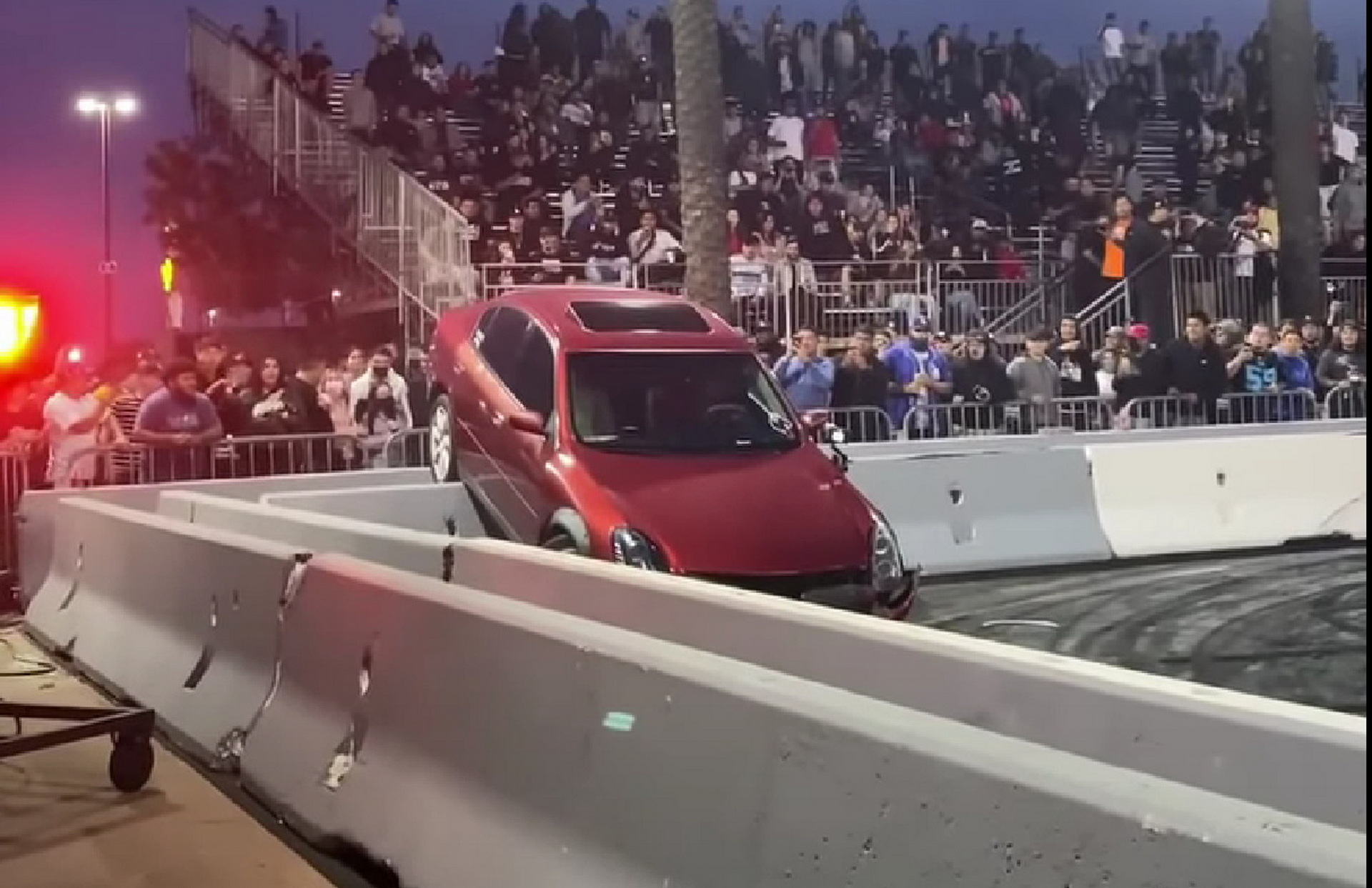 The driver seems to keep their foot in the throttle during all of this, maybe out of panic-stricken inaction or maybe because they thought they could ride it out. Either way, as the car climbs the barrier, the wheels hit it pushing the car along and making it look like it’s driving along the wall.

That would actually be a kind of cool, in a wall of death kind of way, if it weren’t for the car slamming down on its side. The front driver’s side wheel seems to snap, the headlights go out, and the trim starts falling off the front of the car.

The silver lining in all this is that the accident took place in an appropriate venue where crowds and others were protected from the driver’s mistake. Although this video might suggest that even more precautions are necessary, the barriers did at least do their job and kept this accident from being much worse.