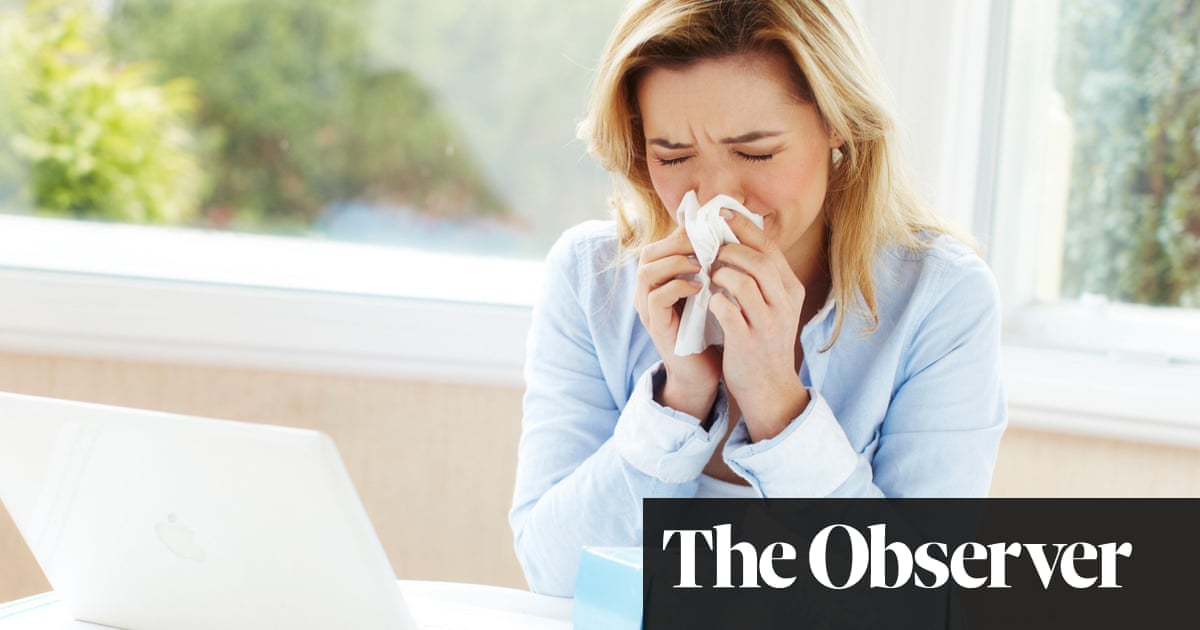 EasyJet removing seats from its planes, Tui no longer serving meals on flights, and bus companies cutting services. From the headlines, Britain appears to have a big problem with sickness absence as Covid adds to staff shortages across the economy.

But these incidents apart, the big picture is very different. Thanks to low sick pay – now back to pre-Covid levels despite Boris Johnson’s promise to “build back better” from the health emergency – Britain has among the fewest working days lost to illness in the developed world.

Sickness absence rose last year as the economy reopened, from a record low in 2020 when the pandemic reduced socialising and people could keep logging on from home despite illness. However, despite rising from 3.6 to 4.6 days a year, the average number of days lost to sickness has been falling steadily – from seven a year in the mid-1990s. Even with Covid and a bigger workforce, almost 36m fewer working days were lost in 2021 compared with 1995, a decline of a fifth to 149.3m.

Critics say the government skipped a golden opportunity in the Queen’s speech last week to boost workers’ rights, and that Johnson’s party is out of ideas for fixing the cost-of-living crisis. After his election landslide in 2019, he promised an employment bill, yet, to the dismay of unions and employers’ groups, failed to take action last week.

“If the period after a pandemic, where the inadequacy of the system has been thrown into sharp relief, isn’t the right time, when is?” said Rachel Suff, policy adviser at the Chartered Institute of Personnel and Development (CIPD). A survey of 6,000 workers by the trade body for HR professionals found that over the past three months, almost half of employees went to work despite not feeling well enough to fulfil their duties. The CIPD says fixing sick pay should be a top priority for workers and employers alike. Suff said: “The absence figures mask the true picture for the health of the working-age population.”

Britain’s sickness absence rates are less than half the European average, and closer to those in developing nations such as Turkey, Armenia and Azerbaijan.

Employment experts say the reason is sick pay, where the UK is also the bottom of global league tables.

Statutory sick pay (SSP) is £99.35 a week, paid by employers for up to 28 weeks. Early in the Covid pandemic the government began to pay this from day one of sickness, but in February it switched back to being paid from day four. This is one of the lowest rates in the OECD group of rich economies. As little as 19% of the average UK salary is covered by sick pay, according to the TUC. Rates are higher in Spain (42%), Sweden (64%) and Belgium (93%), while support is worse only in South Korea and the US, where workers have no legal right to sick pay. Germans on sick leave get full pay for six weeks, then 70% for up to 78 weeks.

The UK government said international comparisons were difficult to make because of differences in each country’s system, and said it had improved the process in Britain with legally valid digital “fit notes” replacing handwritten ones: “As we learn to live with Covid-19,” it said, “we are keeping the SSP system under review.”

Cary Cooper, professor of organisational psychology and health at Manchester Business School, said inadequate sick pay and a precarious economic backdrop were forcing people to keep working even when ill: “From Thatcher on, we have Americanised the UK economy, making it less secure and offering less protection than other countries.”

The leading American-born psychologist, who coined the term “presenteeism” in the 1980s to describe the need to be at work even when not fully functioning, said an inadequate safety net was shortsighted and bad for productivity. “My view is the more you treat people properly, value and trust them, protect them and provide them with some security – not 100% but some – the more you’ll get out of them.”

Experts warn that there are gaping holes in the system. Neither Britain’s 4 million self-employed workers nor employees earning less than £123 a week are entitled to SSP. As many as 2 million fall into the latter category, 70% of them women.

Some employers do offer occupational sick pay schemes, but the prevalence of these has fallen dramatically since SSP was introduced under the first Thatcher government. In the early 1980s, 90% of employers offered this benefit, but after decades of decline, the Department for Work and Pensions estimated in 2014, the latest available data, that 26% of workers relied on SSP alone, while 17% didn’t know what they were entitled to.

Occupational schemes are concentrated in higher-paying sectors, leaving factory and retail workers, and carers – among those least likely to be eligible for SSP in the first place – to the mercy of inadequate state support. With higher-paid service sector workers continuing to work at least partly from home – a factor that drove down sickness absence in 2020 – critics warn that a two-tier outlook for good health at work is emerging. “This is a class issue,” says Kate Bell, head of economics and rights at the TUC.

“No one should have to choose between putting food on the table or doing the right thing and staying at home when sick, but that is exactly what millions of workers up and down the country face,” Bell said. “Time and time again we warned ministers that sick pay wasn’t enough to live on. It’s reckless and counterproductive for ministers not to have fixed our broken sick pay system. Enough is enough.”