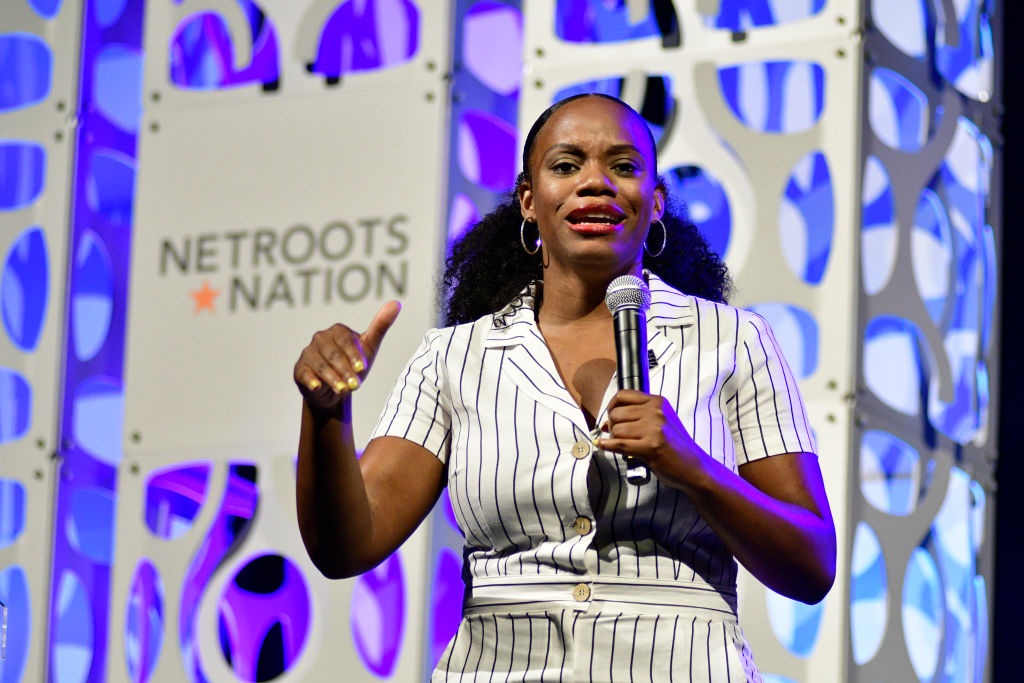 Democratic candidates for Congress and party brass have begun ramping up efforts to turn out voters for upcoming primary elections looking ahead to expanding their majority in November. As the party’s most loyal constituency, Black women are front and center in driving campaigns for change and running for office themselves.

In March, Pennsylvania state Rep. Summer Lee spoke with Zerlina Maxwell on Peacock about the challenge some Democrats are grappling with as more Black women are stepping up to run for office. Lee responded to a clip of her opponent Steve Irwin seemingly minimizing the historic nature of Lee’s candidacy and possible victory.

No matter how much Democrats claim to be a “big tent,” Lee points to a problem with Black women being treated as disposable once they emerge as formidable opponents. The only woman in the race, Lee has a broad range of support from state and local leaders and national electeds and organizations.

Lee, Irwin and their competitors will face off in the primary for Pennsylvania’s 12th Congressional District on Tuesday, May 17.

Maxwell: What is your reaction to that? I mean, as a Black woman I don’t have to ask you if you’ve experienced racism or misogyny. But just what are you thinking when you hear that? When you see that?

Lee: It’s coming from an opponent, but we really have to be real about what that is actually rooted in, right? We’re looking at a tension in the Democratic Party.

A party that is trying to decide which master it’s going to serve. As we commend and praise Black women for coming in cycle after cycle and saving this party but yet we can’t figure out ways to support Black women’s candidacies.

I think that that was really reflective of this party and where it’s and where we’re trying to push it, but where it’s unwilling to go. Black women aren’t just props. We’re not fads. We’re not just people who vote.

You know, we are folks who drive innovation. We’re folks who have ideas and perspectives, and experiences that would lift all of us.

And as we’re hearing Democrats fight back against that urge of ‘you know we need to create seats at the table, but also, I don’t want to be the one to get up.’ Right. I think that that’s what this whole movement is about right now.

Catch the full interview with Zerlina Maxwell and state Rep. Summer Lee below.

‘My Own Story Is One Of Survival’: DSCC Deputy Gets Personal In New Video Connecting Abortion Restrictions And Maternal Health Outcomes

The Black Ballot: Debunking The Myth That Black Women Candidates Are Unelectable