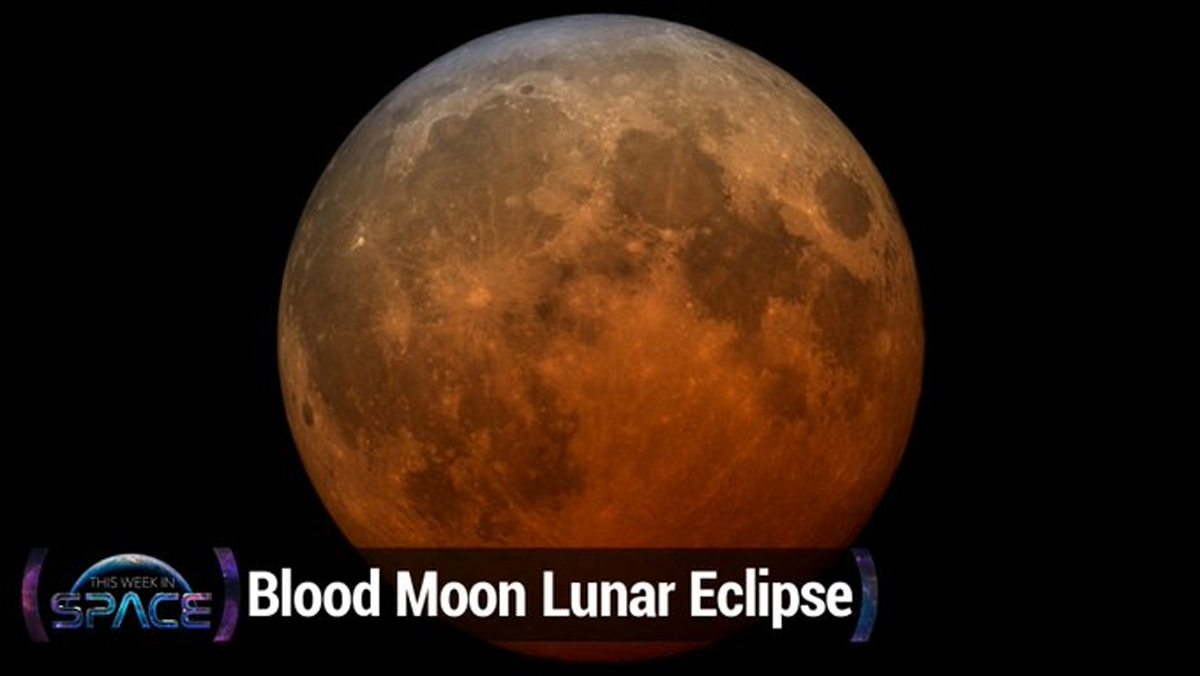 On the night of May 15, the moon will slip into the Earth’s shadow for a remarkable celestial event: a blood moon eclipse.

On this episode of This Week in Space, Rod Pyle and Tariq Malik look at the Super Flower Blood Moon of May 2022, when the moon will pass completely through Earth’s shadow in a total lunar eclipse. It all happens overnight on May 15 and May 16, leading to the moon turning a blood red hue if your skies are clear.

The Blood Moon is not as sinister as it sounds but will be a great show late in the evening. And it’s a supermoon to boot! We’ll tell you all about it and how to watch it, as well as the Great Mars Quake, moon plants, and the black hole at the center of the galaxy!

Get episodes ad-free with Club TWiT at https://twit.tv/clubtwit

This Week in Space covers the new space age. Every Friday we take a deep dive into a fascinating topic. What’s happening with the new race to the moon and other planets? When will SpaceX really send people to Mars?

Join Rod Pyle and Tariq Malik from Space.com as they tackle those questions and more each week on Friday afternoons. You can subscribe today on your favorite podcatcher.

Host of This Week In Space on TWiT

Host of This Week In Space on TWiT

Rod Pyle is an author, journalist, television producer and Editor-in-Chief of Ad Astra magazine. He has written 18 books on space history, exploration, and development, including Space 2.0, Innovation the NASA Way, Interplanetary Robots, Blueprint for a Battlestar, Amazing Stories of the Space Age, First On the Moon, and Destination Mars

In a previous life, Rod produced numerous documentaries and short films for The History Channel, Discovery Communications, and Disney. He also worked in visual effects on Star Trek: Deep Space Nine and the Battlestar Galactica reboot, as well as various sci-fi TV pilots. His most recent TV credit was with the NatGeo documentary on Tom Wolfe’s iconic book The Right Stuff.

This Week In Space co-host

This Week In Space co-host

Responsible for Space.com’s editorial vision, Tariq Malik has been the Editor-in-Chief of Space.com since 2019 and has covered space news and science for 18 years. He joined the Space.com team in 2001, first as an intern and soon after as a full-time spaceflight reporter covering human spaceflight, exploration, astronomy and the night sky. He became Space.com’s managing editor in 2009. As on-air talent has presented space stories on CNN, Fox News, NPR and others.

Tariq is an Eagle Scout (yes, he earned the Space Exploration merit badge), a Space Camp veteran (4 times as a kid, once as an adult), and has taken the ultimate “vomit comet” ride while reporting on zero-gravity fires. Before joining Space.com, he served as a staff reporter for The Los Angeles Times covering city and education beats. He has journalism degrees from the University of Southern California and New York University.