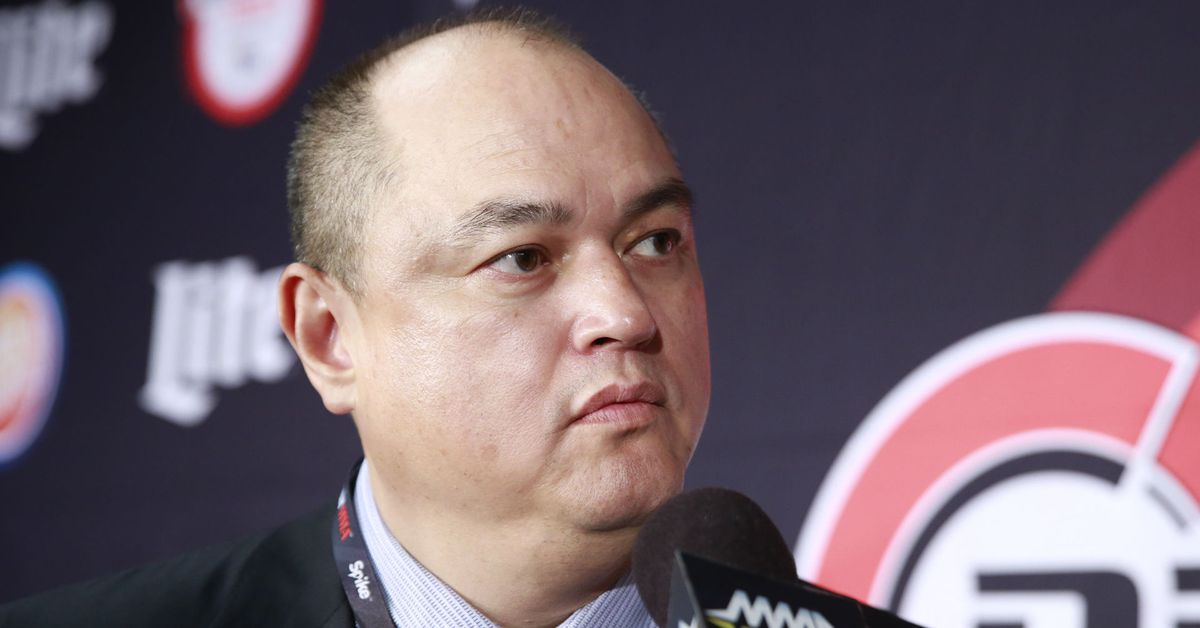 Following Logan Storley’s controversial win over Michael Page in the main event of Bellator 281, which saw Storley control “MVP” for the majority of the bout with his wrestling but otherwise land very little effective offense, the Bellator president told reporters in London that he believed the damage inflicted by Page during the fight’s striking exchanges should’ve been enough to award the Englishman with the promotion’s new interim strap.

“Honestly, I thought that ‘MVP’ won that fight,” Coker in his post-fight media scrum. “And the reason why I say that, to me, it’s like, I was talking to my guys back home and they go, ‘Look, it’s close but we think MVP won.’ And I said, ‘Well, why do you say that?’ And they said, ‘Because half the round, he was striking. The other half, you can’t just lay on somebody.’ You’re not doing any damage. You’re not getting closer to a submission. You’re not creating any threat. You’re just laying on somebody — and to me, that’s not MMA.

“Control is one thing, but you can’t control somebody and just think that you’re going to win the fight,” Coker later added. “To me, it’s like, there’s certain things that have to happen, and wrestling alone is not going to be enough.”

Storley ultimately won a split decision over Page, capturing scorecards of 48-47 and 49-46 in his favor from judges Bryan Miner and Michael Bell, while Page earned a dissenting 48-47 in his favor from judge David Lethaby. The scoring was also hotly contested within the MMA community online, with many debating whether the damage inflicted by Page in the middle rounds should’ve mattered more than Storley’s smothering control.

In the unified rules of MMA, effective damage is the top scoring criteria used when judging bouts.

Either way, Storley walked away from Bellator 281 with the interim welterweight title wrapped around his waist and a potential rematch against welterweight champion Yaroslav Amosov on the table for a title unification bout whenever Amosov — who is currently away fighting for his native Ukraine against the Russian invasion — is able to return to MMA. Even if the boss of Bellator didn’t see eye-to-eye with the outcome of Friday’s bout.

“Listen, [Page] knew he was fighting a world-class wrestler,” Coker said. “And honestly, I think Logan has some improvement to do myself too, because you can’t just lay on somebody and think you’re going to win and score points, because that’s not MMA. That’s wrestling. So to me, it’s like, if you’re going to wrestle, I think you have to continue the wrestling, and you have to continue to either try and submit or ground-and-pound or strike. There’s a difference between what you see on the wrestling mat and what you see in the cage.

“So to me, all these fighters — not just what you saw tonight — they’re the very highest level of what they do, but they owe it to themselves, they owe it to the audience, they owe it to the fans, that they have to continue to get better at the disciplines that they’re not strong in. Right? And that’s what I would tell Logan if he was here: ‘Hey, you’re a great wrestler. Now it’s time for you to become a great striker, or a great submission fighter and get your submission game together,’” Coker continued.

“It has to be more than just wrestling somebody. That’s honestly how I feel.”