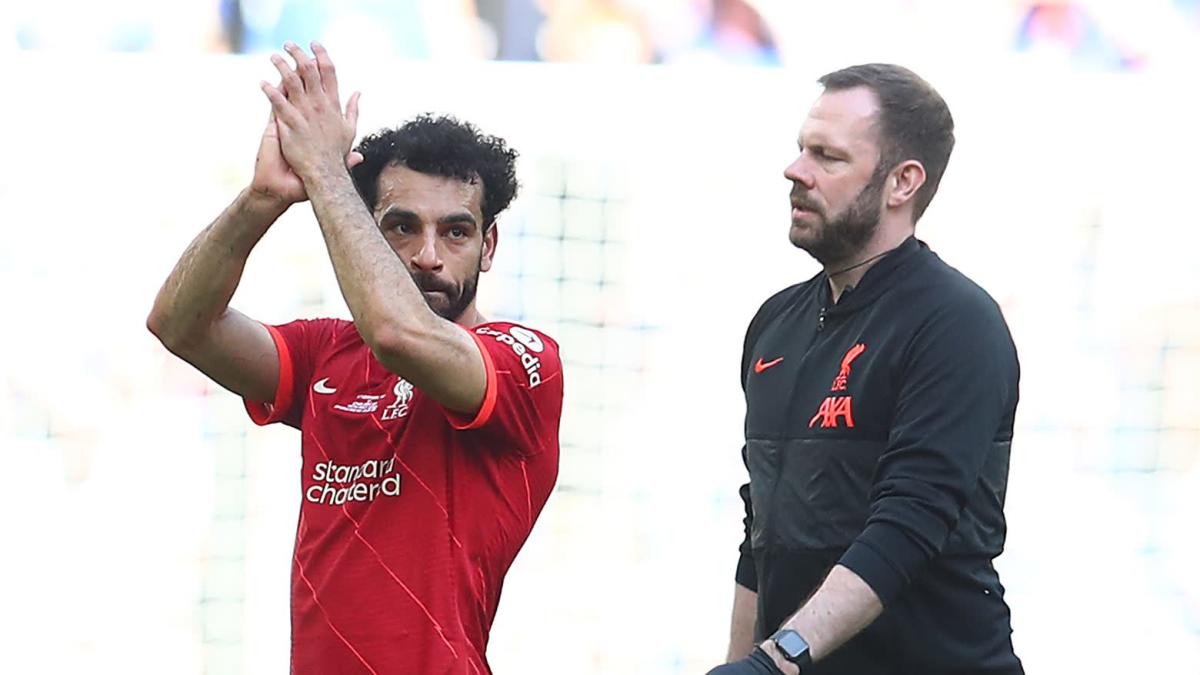 A Mohamed Salah injury is always going to raise the concern of Liverpool fans, but when the Egyptian star limps off the pitch of one final with two other trophies up for grabs over the next few weeks?

Salah appeared to have injured his leg after a half-hour of Saturday’s FA Cup Final against Liverpool, replaced by Diogo Jota in the 33rd minute.

The 29-year-old Salah has 30 goals and 16 assists in 48 matches across all competitions this year, earning him plenty of plaudits as he bids to get a new rich contract out of Liverpool.

More important is this season, which sees the Reds in the thick of an FA Cup Final (obviously), a Champions League Final against Real Madrid (May 28), and within three points of the Premier League lead.

The match is 0-0 at halftime and Chelsea has found its footing in the match after early success for the Reds. Should be a fun second half, one made more even by the injury to Salah.

Mohamed Salah is down and he’s coming off with an injury. Diogo Jota is on. Salah and Jurgen Klopp were in deep conversation in the break of play just before he went down. Huge blow for Liverpool. #CFC 0-0 #LFC #CHELIV #FACupFinal