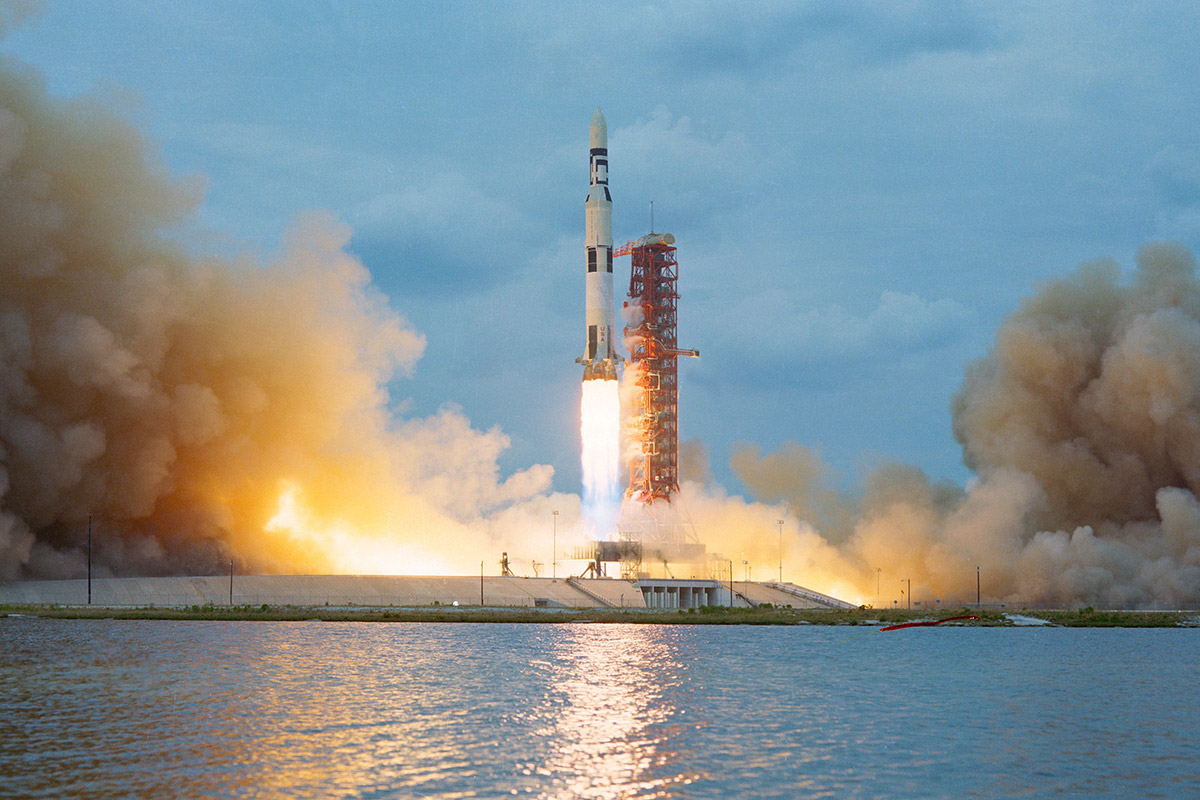 Skylab was considered a success overall, but it got off to a pretty rocky start. It lifted off on a Saturn V rocket from Pad 39A at Kennedy Space Center in Florida. About a minute into the launch, its micrometeoroid shield accidentally deployed and flew off, and it took out one of the solar panels along the way. Debris from that accident then got stuck in another solar array and jammed it shut, leaving Skylab without any solar power.

Thankfully, it still had fuel cells to keep it barely running until astronauts could come to save the day. But to make matters worse, the missing micrometeoroid shield was also designed to be a heat shield, so Skylab was getting dangerously hot.

The first crewed Skylab mission arrived 12 days later with a new replacement heat shade, and they were able to fix the jammed solar panel and get the station up and running.

Catch up on our entire “On This Day In Space” series on YouTube with this playlist.