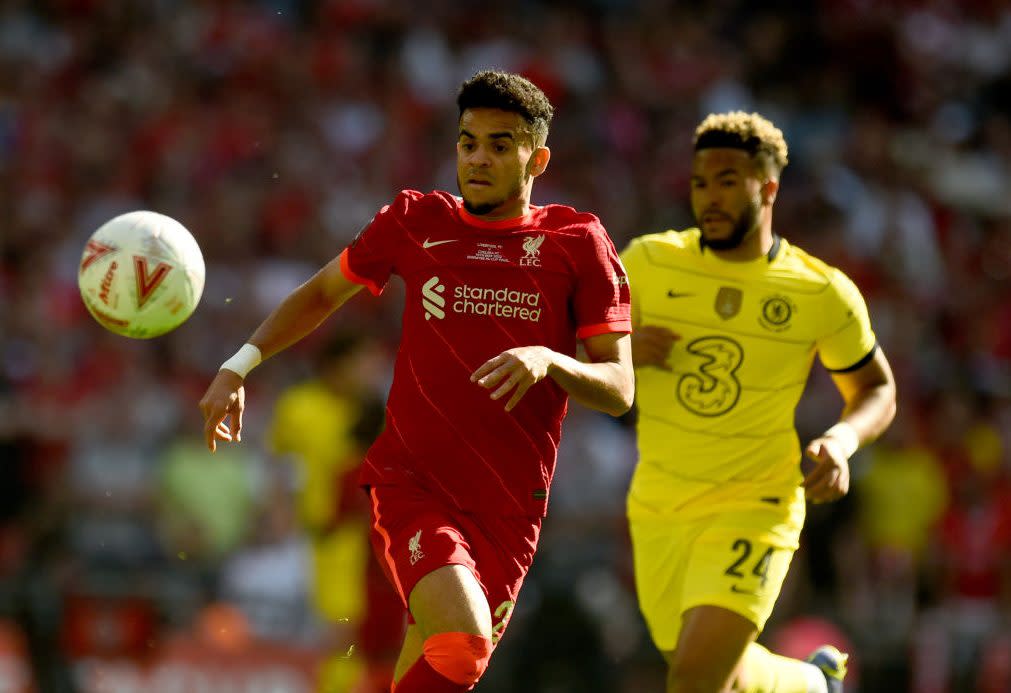 LONDON — The Chelsea vs Liverpool player ratings were a lot of fun to dish out as an epic FA Cup final played out at Wembley Stadium.

Nothing separated the teams after 120 minutes as it finished 0-0 despite numerous chances for both in an open, entertaining game.

How this ended 0-0 is beyond everyone who watched the game, and then Liverpool won 6-5 on penalty kicks.

Below are the Chelsea vs Liverpool player ratings, with marks out of 10 and analysis on the players who featured for both.

All of the FA Cup Final analysis

Edouard Mendy: 7 – Calm on the ball and did well to claim crosses. Good stop to deny Diaz in the first half after he was one-on-one. Saved Mane’s penalty kick in the shootout.

Trevoh Chalobah: 7 – Struggled early to contain Diaz but settled down well and did his defensive work well.

Thiago Silva: 7 – Cool as ever on the ball and great positioning. At 37 years old he’s seen it all before.

Antonio Rudiger: 7 – Calm and collected on the ball and made a few great blocks.

Reece James: 8 – Some superb surges forward and whipped in great crosses others couldn’t make the most of.

Jorginho: 7 – Kept things ticking over in midfield and his big-game experience was very helpful.

Mateo Kovacic: 7.5 – After his speedy recovery from injury he wriggled free so many times on the ball and won it back often. Great display before he was subbed off.

Marcos Alonso: 8 – Hit the crossbar with a free kick, popped up in so many dangerous areas and never seemed to get tired.

Mason Mount: 7.5 – Buzzed around all the time in attack and won the ball back on plenty of occasions. Did the dirty work all game long. Cruel that his penalty was saved.

Christian Pulisic: 8 – Should have scored in the first half but dragged his effort wide, then denied by Alisson and curled another effort wide. Kept popping up in dangerous areas and Liverpool didn’t know how to stop him.

Romelu Lukaku: 5 – Some decent bits of hold-up play but lacking in confidence as the ball dropped to him in the box a few times but didn’t look like he wanted to shoot.

Substitutes
N’Golo Kante (66′ on for Kovacic): 7 – All over the place and helped Chelsea get control of the game.
Hakim Ziyech (85′ on for Lukaku): 7 – Some lovely balls into the box and made some good runs.
Ruben Loftus-Cheek (105′ on for Pulisic): 6 – Subbed on and played up top, then subbed off for Barkley.
Cesar Azpilicueta (105′ on for Chalobah): 6 – Kept Chelsea tight at the back but had his penalty saved.
Ross Barkley (119′ on for Loftus-Cheek): N/A – Brought on to take a penalty kick.

Alisson: 8 – Good stop to deny Pulisic down low. Didn’t have much else to do aside from making two fine stops to deny Azpilicueta and Mount in the penalty shootout.

Trent Alexander-Arnold: 6 – Struggled defensively to shut down Alonso and Pulisic. Some of his deliveries were a little off too.

Ibrahima Konate: 7 – Rash challenge in extra time which could have cost Liverpool a penalty. Solid aside from that. Won the battle with Lukaku.

Virgil van Dijk: 7 – Subbed off at the end of 90 minutes. During the game he didn’t have much to do aside from position himself to shut down the lackluster Lukaku.

Andy Robertson: 7 – Whipped in some delicious crosses and hit the post as he popped up at the back post.

Jordan Henderson: 7 – Got through a lot of work in midfield and it was an even battle with Jorginho.

Thiago Alcantara: 6 – Never really got on the ball to dictate the tempo as he would have liked but kept plugging away.

Naby Keita: 6 – Couldn’t have an impact on the game. Had one shot on goal but didn’t catch it.

Mohamed Salah: 6 – Subbed off in the first half with an injury. Before that he hadn’t really got going. One header off. Liverpool fans will be sweating on his injury.

Sadio Mane: 7 – Never got behind the Chelsea defense but kept probing and played in some nice passes to Luis Diaz (when he hit the post) and others.

Luis Diaz: 8.5 – Should have scored three or four. A constant pest and he hit the post, forced Mendy into a fine stop and was so close on numerous occasions. It just wasn’t his day but what a shift. So dangerous when cutting in from the left.

Substitutes
Diogo Jota (33′ on for Salah): 6 – Some lovely passes but missed a big chance in the first half and didn’t quite look at it.
James Mliner (74′ on for Keita): 6 – Rattled into a few challenges and shored things up.
Joel Matip (90′ on for Van Dijk: 7 – Made some great challenges and read the game so well.
Roberto Firmino (98′ on for Diaz): 6 – Didn’t really have any time to impact the game.
Kostas Tsimikas (111′ on for Robertson): 6 – A few runs forward, then won it with his penalty kick.