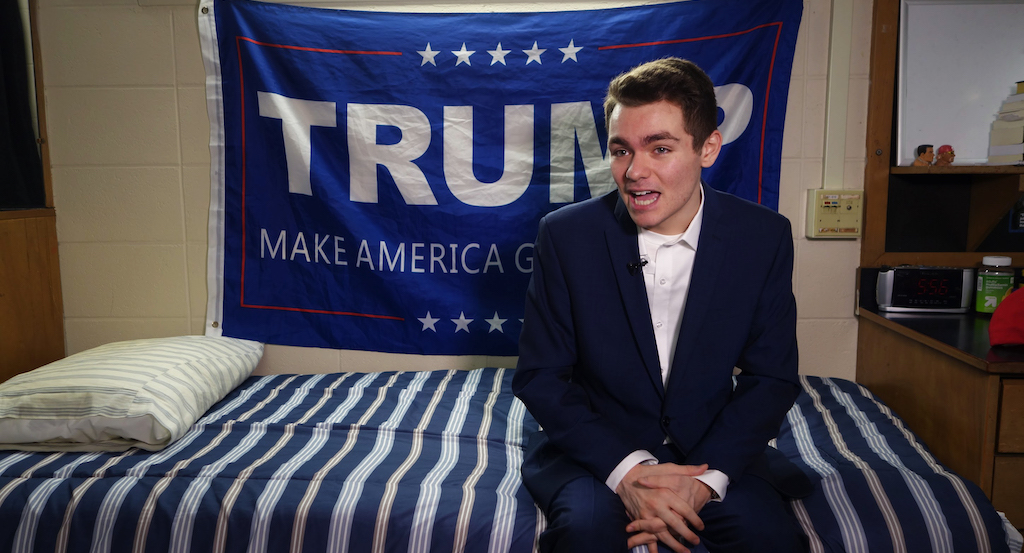 Last week, it was reported that America First — a white nationalist movement inspired by the rise of former president Donald Trump — had been thrown into turmoil. Why? Because one of its highers-up got himself a girlfriend. When the movement’s treasurer found a romantic partner, it enraged honcho Nick Fuentes, who has described himself as both “just like Hitler” and a “proud incel,” the term for those who are “involuntarily celibate.” (Why one would be “proud” to be “involuntarily” anything is another discussion.) Now Fuentes has doubled, tripled, quadrupled down on his stance, arguing that there’s nothing more “gay” than hooking up with girls.

He then claimed he was “more hetrosexual than anybody” because he’s never had a romantic relationship nor had sex with a member of the opposite sex.

“If we’re really being honest, never having a girlfriend, never having sex with a woman, really makes you more heterosexual, because honestly, dating women is gay,” Fuentes claimed. “And if you want to know the truth, the only really straight, heterosexual position is to be an asexual incel.”

Back in February, Fuentes gained some notoriety after getting Marjorie Taylor Greene to speak at one of his white nationalist events. She claimed she had no idea who he was, despite pictures of them smiling together — and despite him giving a speech in which he joked, not really, that comparing Putin to Hitler isn’t such a bad thing.