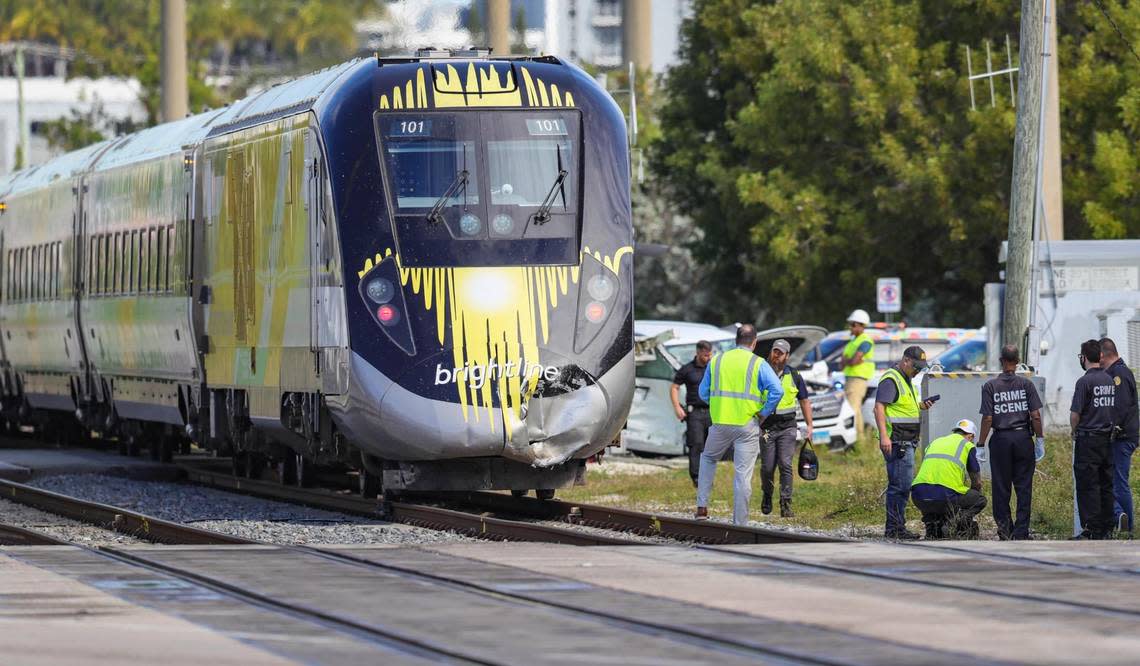 Less than a week after a Brightline train hit and killed a Broward County scooter rider, Brightline, Tri-Rail and Amtrak officials gathered Friday at a private meeting in Miami to share insights about how South Florida communities can have better railway safety.

The woman riding the scooter who died last Saturday after colliding with a Brightline train was the 63rd person to die after a collision with the fast-moving commuter train since mid-2017, when the private rail operator started passengers service that now runs about 70 miles from West Palm Beach to downtown Miami. Those fatalities give Brightline the worst per-mile fatality rate in the nation among rail operators, according to a Miami Herald analysis earlier this year of Federal Railroad Administration data.

So far this year, seven people in at least a dozen collisions on the Brightline tracks have died. The higher-speed trains travel as fast as 79 mph.

Ben Porritt, Brightline’s senior vice president of corporate affairs, said that railroad safety can only improve with community involvement and the allocation of public resources to make railways more safe.

“It is a shared responsibility between us and the communities in which we operate to educate, enforce and engineer the solutions,” Porritt said.

Brightline is working with the Florida Department of Transportation on an application for a $25 million federal grant toward a planned $45 million investment on renovations of rail line crossings in South Florida and fencing to limit access along its rail line. Brightline and the state transportation department each has made a $10 million commitment to the rail improvements.

“They never talk about the driver of the train, or the psychological impact of what the driver suffers months and years after that because of the life lost,” Nickerson said of news media.

Meanwhile, Adam Kulwicki, safety specialist with national passenger rail line Amtrak, said the ultimate goal of rail safety is implementing mitigation measures that start with community partnerships, such as connecting with grade school students and familiarizing them with the risks associated with passenger trains and rail lines.

“(We are working) any way we can to get that word out,” Kulwicki said of rail safety. “There’s no ‘silver bullet,’ but there are opportunities that I know the three of us (Amtrak, Tri-Rail and Brightline) are working with.”