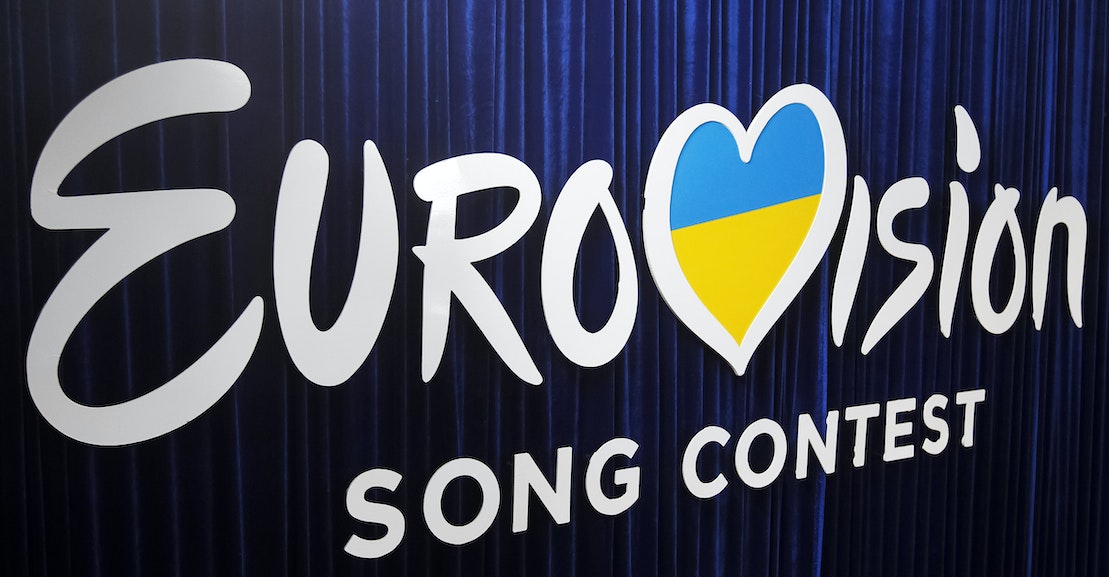 At first, the contest was scheduled to proceed as normal
this year, even after Russian troops had crossed into Ukraine. “The Eurovision
Song Contest is a non-political cultural event which unites nations and
celebrates diversity through music,” its organizers said
in late February. But days after that initial equivocation, as the extent of Putin’s
violent incursion became clear, the EBU banned Russia from the competition in
Italy. The organizers probably believed, naively, that the disinvitation would
be the end of geopolitics for the 2022 contest. Instead, the betting markets currently put
Ukraine’s song as the clear favorite. (Ukraine has had some notoriously excellent entries in the past.)
This year’s song,
“Stefania” by Kalush Orchestra, is a perfectly fine but somewhat mediocre
middle-of-the-pack crowd pleaser, incorporating elements of traditional
Ukrainian folk music with modern twists: requisite rap and flute-like
instrumental breakdowns.

The band’s lead rapper wrote the song as an ode to his
mother, but with lyrics such as “I’ll always find my way home, even if all
roads are destroyed,” it took on new nuance after Putin began shelling
civilian populations. “After it all started with the war and the
hostilities,” he said, “it
took on additional meaning, and many people started seeing it as their mother,
Ukraine, in the meaning of the country. It has become really close to the
hearts of so many people in Ukraine.” The fact that the song may win says as
much about its musical quality as it is a chance for the rest of Europe to
express its support for the war-torn country. Where once the EBU rightfully could
have seen the competition as an early indicator of history’s march to
unity—first as postwar Europe united, and later, during the 1990s, with the
post-Soviet states folded in—it’s no longer tenable for them to plug their ears
and pretend that the moral arc is bending away from division.

Last year’s Ukrainian entry from Go_A finished fifth
overall and second among fans. But since then, Go_A’s popularity has grown in
Europe and the group has become outspoken about the invasion of their home.
Last month, it released a new song, “Kalyna,” named after a tree that produces
red berries with longstanding symbolism and importance in Ukrainian culture. The
proceeds of the song went to support Ukrainian efforts to fight off the Russian
invasion. “According to our ancestors,” the band wrote in an Instagram post,
“kalyna has a power that brings immortality and can unite generations to fight
evil. The song ‘Kalyna’ is a message to the World that should be united for the
future of humanity.”