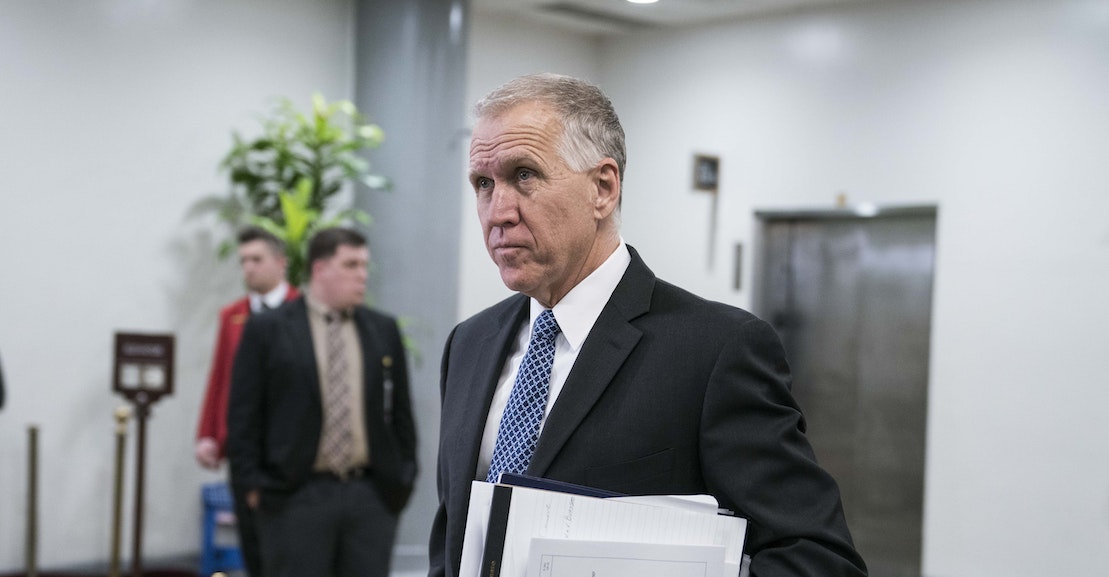 There is no mention, at any point, of Tillis’s efforts to block federal funds being used to teach the 1619 Project in public schools. This is perhaps especially notable because the CEOs of all “Big Five” publishers—Penguin Random House, Hachette, Macmillan, HarperCollins, and Simon & Schuster (which is on the verge of being acquired by Penguin)—all sit on the group’s board, and Markus Dohle, the CEO of Penguin Random House, published a bestselling book edition, The 1619 Project, which first appeared in The New York Times. (Representatives from PRH and the AAP would not comment on the record for this story.)

The AAP tends to switch between honoring Democrats and Republicans—a typical move for an industry group whose primary focus is its own economic well-being. Copyright policy is understandably among the group’s most important priorities; pro-business Republicans like Tillis and Goodlatte are valuable allies. And yet by honoring them, the industry also cheapens its stated commitment to fighting censorship and supporting diversity. Instead of pushing Tillis on the matter of First Amendment protections, the AAP has opted simply to ignore the parts of his political profile that go against its professed values. It’s dispiriting but not unsurprising: Even after the tumult of the last two and a half years and the rancid ideology that’s driving this next great wave of book banning, the publishers only have eyes for their balance sheets, only paying lip service to their supposedly deep commitment to free expression.

Publishers have long cast themselves as protectors of the First Amendment and have in recent months organized initiatives to push back against the book bans that have gone into effect on works relating to race, gender, and sexuality across the country. The AAP itself has recently filed an amicus brief challenging the removal of books from libraries in one Missouri school district. But the industry often falls short on the kinds of standards to which it would hold others—diversity in hiring practices and salaries have been vexing labor issues that publishers have only recently started to address. Naturally, the industry has a vested interest in protecting its bottom line as well: The AAP, in particular has advocated for strengthening copyright protections and updating the Digital Millennium Copyright Act; it argues that not enough is being done to protect intellectual property in the internet age.