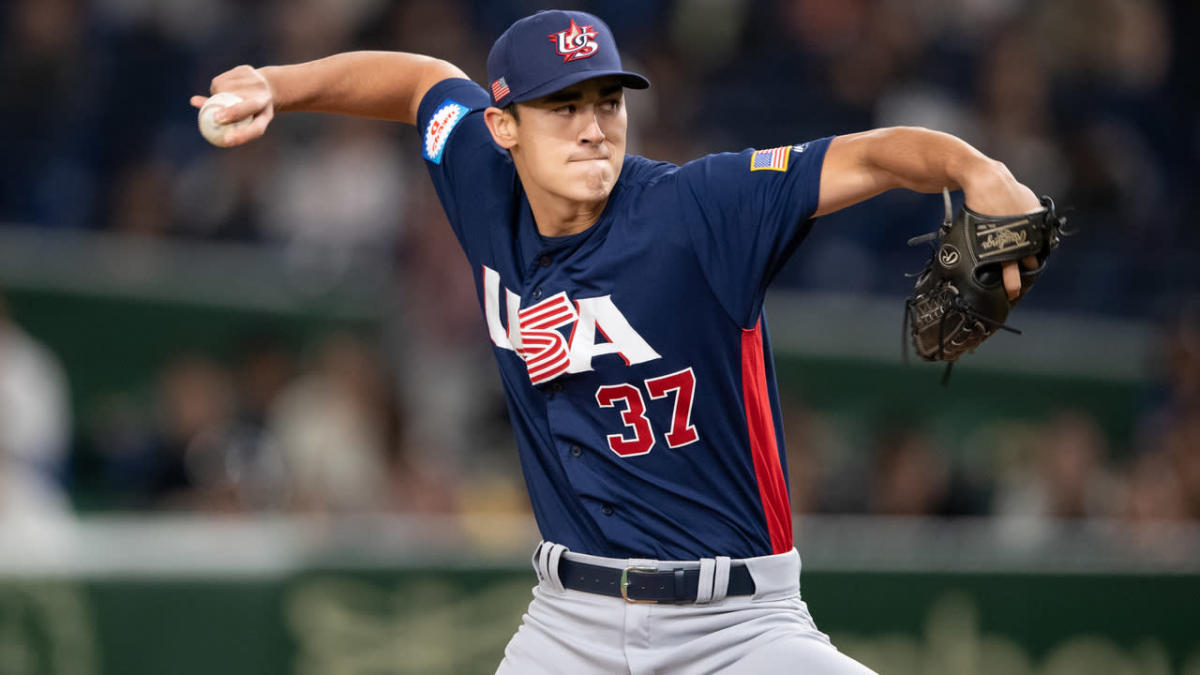 The Boston Red Sox took a gamble on Noah Song in the 2019 MLB Draft, and he’s doing everything in his power to make sure that pays off.

The right-handed pitching prospect and U.S Naval Academy alum has completed flight school and applied to the Secretary of the Navy for a service waiver that would allow him to rejoin the Red Sox, The Boston Globe’s Alex Speier reported Thursday.

After graduating from the Naval Academy in 2019, Song applied for a waiver that would let him serve in the Navy reserves while pursuing a professional baseball career, but the Navy didn’t give him the green light. So, Song enrolled in aviation training in 2020 with the plan to re-apply after completing the program, which he has now done, according to Speier.

Tomase: How Noah Song could be a game-changer if returns to Sox

It’s unclear whether the Navy will grant Song’s service waiver this time around, but that would be great news for the Red Sox if he gets the go-ahead.

The 24-year-old was a finalist for the Golden Spikes Award (given to the best player in college baseball) after going 11-1 with a 1.44 ERA with Navy in 2019. Before attending flight school, Song dazzled at short-season Lowell — 1.06 ERA with 19 strikeouts in 17 innings — and recorded five scoreless relief appearances for Team USA in an Olympic qualifying tournament.

If Song is able to continue his pitching career, he’ll likely have some rust after two years away from competitive baseball. The 6-foot-4, 200-pound right-hander was considered a first-round talent entering the 2019 draft, however, so the upside is certainly there.

Song’s situation is worth monitoring, and he’ll certainly be a player to watch in the minors if the Navy grants him his waiver.