A MASSIVE £14 million jackpot could become yours tonight after UK’s biggest ever week of lotto.

Camelot confirmed another single ticket-holder won the prize of £8.6 million.

The record was previously held by an anonymous ticket-holder who banked £170m in October 2019. 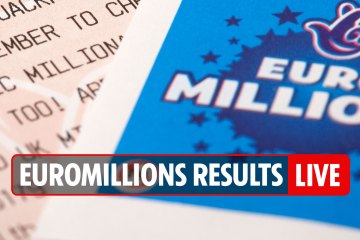 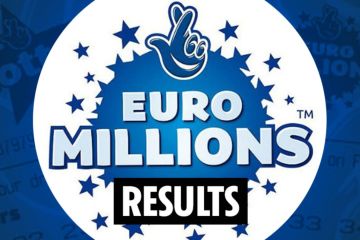 “Over £192M in jackpot prizes have been won by two very lucky ticket-holders.

“Our focus now is on supporting this latest ticket-holder, who has scooped the £8.6M Lotto jackpot from Wednesday’s draw, through the process and helping them start to enjoy their truly life-changing and record-breaking win.

“They say good luck comes in threes so who knows, there may be more jackpot joy for National Lottery players in this weekend’s draws!”

Mr Carter has previously offered advice to anyone who wins a big pay-out.

He exclusively told Sun Online: “Take your time. When people do win, it suddenly becomes serious, so people aren’t often as gregarious as they think they will be.

“It is a bit of a huge shock. And sometimes you can be sort of concerned with the shock, you forget to celebrate.

“And actually winning the lottery is a fantastic and amazing thing to happen to anybody.

“For your own sake, you want to look back and think actually, I shall never ever forget this.

“Because I think if anything happens to your life, if you get married, if you move house, if you have a child. You celebrate it.

“You take photographs of it, you record it, you remember it, you cherish it. And this is exactly the same.”

A £109m pay-out was claimed from the draw on February 4, with the ticket-holder choosing to remain anonymous.

Other big winners from the UK include Colin and Chris Weir, of Largs, in Scotland.