Would you like a Ford GT but got (or can only stretch to) a Mustang? This creation called the GTT, which stands for Grand Turismo Tribute, tries to combine both.

The vehicle is built by California tuner Zero to 60 Design and features styling elements from the Ford GT such as the front splitter, enhanced brow line, hood vents, and mock side body lines, but on the body of a Mustang. The rear has also been similarly modified to feature Ford GT style tail lights, but utilizing four instead of the supercar’s two units.

Unlike the Ford GT however, the engine is still in the front, and it’s still a V8. More specifically, it’s a 5.0-liter Coyote V8 that’s been upgraded with a ProCharger stage 2 supercharger kit, which brings power up to over 750 hp at the wheels transmitted through a Getrag MT-82 6-speed manual transmission. Those wheels, by the way, are 22-inch HRE P204 rims wrapped in Continental tires.

Read More: Zero To 60 Mustang GTT Wants To Look Like A Ford GT, Does It Though? 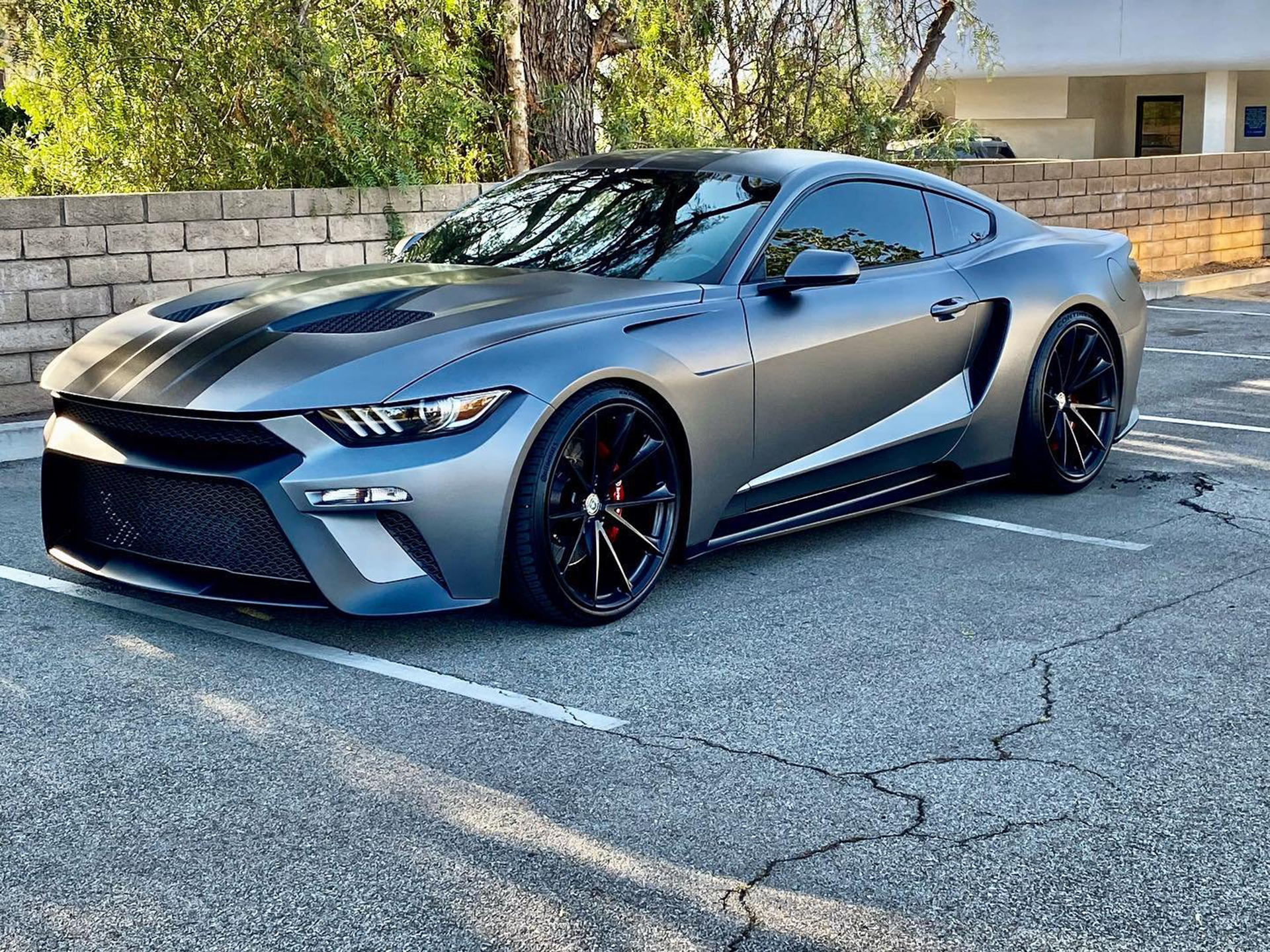 The body kit is the subject of ire for not only haters, but Ford itself. The brand had  previously said that the “Mustang and GT feature important design elements that uniquely and individually identify both as Ford Performance vehicles.” A spokesman for Ford told Carscoops back in 2016 that “Ford’s legal counsel is investigating how best to address the matter.”

Whether the car is in a legal gray area or not, the paint job is definitely in a gray area and features dual black racing stripes down the center. The interior has also been modified, although more subtly than the outside, featuring black leather and Alcantara with red stitching on the Recaro seats, as well as an Alcantara steering wheel and headliner.

Additional upgrades include a 3-inch exhaust with MagnaFlow mufflers, Eibach coilover suspension, and Brembo brakes with six-piston calipers at the front and three-piston ones at the rear.