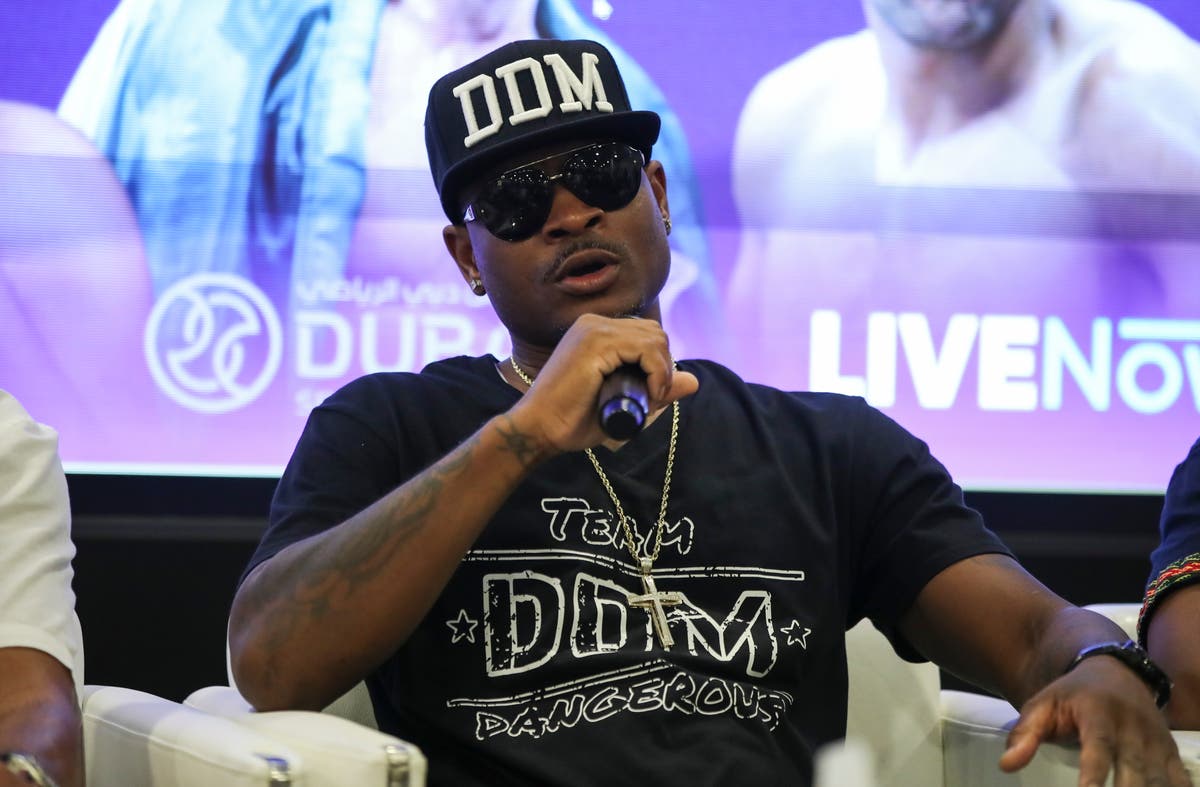 Don Moore has vowed to beat Floyd Mayweather when the pair face off in an exhibition boxing match on a helipad in Dubai this Saturday.

Mayweather’s clash with Moore, which takes place on the helipad of Dubai’s Burj Al Arab Jumeirah hotel, is “Money”’s third exhibition bout since his retirement from professional boxing. Mayweather stopped kickboxing star Tenshin Nasukawa in the first round in 2018 and went the distance with YouTuber Logan Paul last summer.

Moore is confident that he can be the first man to beat his fellow American, however.

“I’m going to stay on Mayweather’s chest and it’s going to be toe-to-toe action,” he said this week. “This is an exhibition, but he’s trained hard, I’ve trained hard. We’re going to give the fans a great fight, a great performance, pure boxing. You’re going to see ferociousness from both fighters. Floyd knows I’m a problem, and he can be beaten like any other fighter.

“I can be the first man to beat Floyd Mayweather. I have the blueprint. Roger Mayweather, Floyd’s uncle, prepared me to beat anyone. My style of fighting and what I do in the ring, nobody has seen, because I haven’t had that perfect opportunity to showcase my talent.

“It’s going to be action-packed. Don’t go get no popcorn, don’t blink.”

Moore is a former sparring partner of Mayweather, who won world titles across five weight classes.

“I’ve been in the ring with Floyd on multiple occasions, I just know how to beat him. Some days he had some great days against me, and some days I had some amazing days against him. But this is not sparring, this is real, live-action boxing.”

Moore also revealed that his ideal next opponent would be Jake Paul, brother of Logan Paul.

Jake Paul is 5-0 as a professional boxer and has knocked out each opponent he has faced – including former UFC champion Tyron Woodley and Ben Askren, who also fought in the UFC and held world titles in other mixed martial arts promotions.

“I would like to fight Jake Paul in Nigeria,” Moore said. “I’m focused on this fight first, but after this fight, I will show the world that Jake is just a YouTuber. He’s interested in the business of boxing, but he’s no boxer. I’m a real fighter, I’m a real champ and not pretending.

“Fight me. You’re fighting other guys, they’re not real boxers. You never fought a real boxer, so fight me. I want to fight Jake Paul, and that’s easy work for me. I want to show everybody that he’s just a YouTuber, and that you can’t play boxing.”

These quotes first appeared on the Betway Insider US blog.