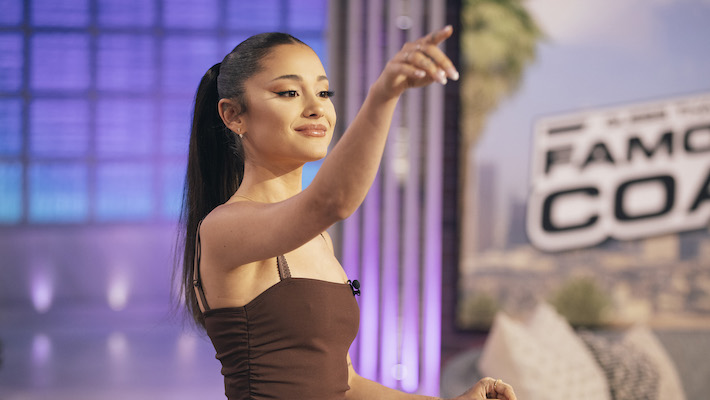 In terms of her musical output, Ariana Grande had an extremely productive period between 2018 and 2020, when she released three No. 1 albums: Sweetener; Thank U, Next; and Positions. Now, though, we’re coming up on two years without a new album from Grande, and it turns out she hasn’t been working on one, either. Furthermore, it doesn’t look like she plans to start making new music until she’s done with her two Wicked movies.

In a make-up tutorial and Q&A video shared by Grande’s REM Beauty yesterday, Grande explains of her next LP:

“This is a question I’m nervous to answer, but I feel like I want to have a little bit of transparency and honesty with my fans. Why not, you know? […] I… The truth is, I have not begun an album. I know, I hear through the grapevine that you have a lot of theories and expectations in that department. But after Positions, was not ready to start another album yet, so I have not begun another album.

That’s the main… I mean, that was really the only reason, but aside from that, that was kind of around that time that I started hearing murmurs about a Wicked audition coming soon, so I went into full preparation mode while I was also shooting The Voice. So I was shooting and then also doing lessons every day, ’cause I just wanted to be prepared for when the call came. I had no idea what it was coming, but I was just like, ‘I want to be ready to go in.’ I know that I know the material like the back of my hand, but I still have so much to learn and I want to be prime condition.

So I went pretty hard getting ready, and now, thank god, the most… thank goodness, literally, the most incredible gift of my entire life is, you know, this role that I’ve adored since I’m ten years old, and that is going to have every piece of me; every minute, every ounce of my heart, my time, my soul, my everything that I can give it.

So my hands are quite full with a lot of other thrillifying work at the moment, and this being a part of it. REM Beauty is really fun and we work really hard on that as well. But yeah, I am spending all of my time with Glinda. I just was not ready.”

Check out the video below.