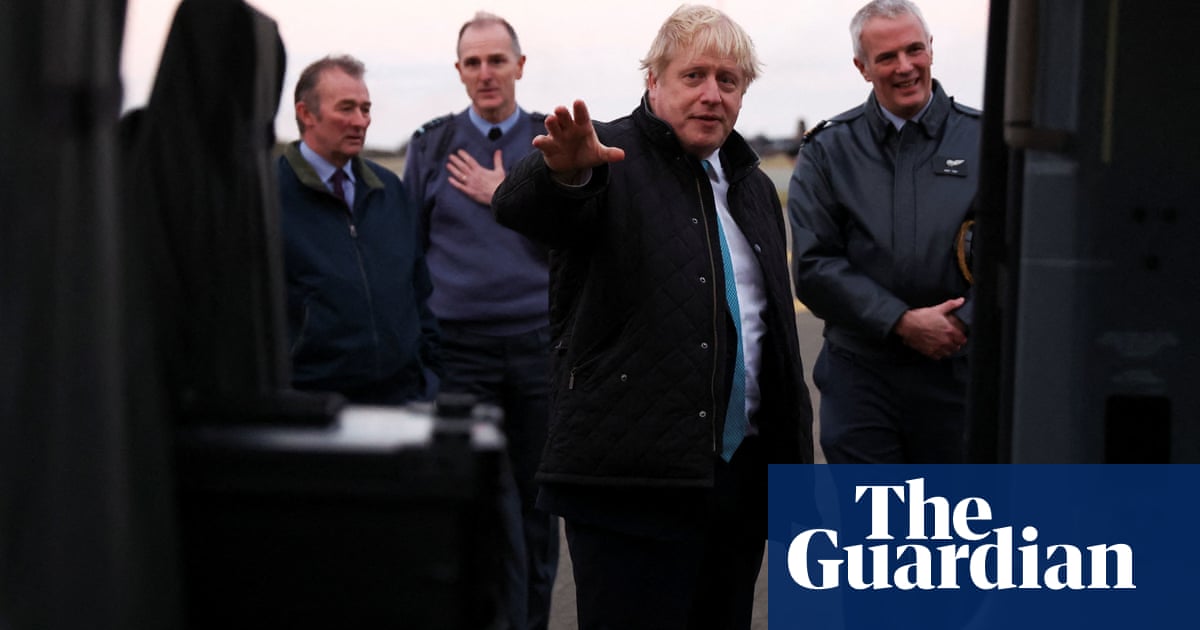 Scotland Yard has provoked fury and confusion by revealing it is seeking to have details removed from the official inquiry into Downing Street parties, raising fears that the full report could be delayed indefinitely.

MPs labelled the Metropolitan police a broken organisation after the force admitted it had asked the senior civil servant Sue Gray to make “minimal reference” in her inquiry report to matters its officers were now investigating.

Gray’s team is wrangling over whether to publish a pared-back report as early as Monday or wait for the Met’s investigation to conclude, which could take weeks or months. Another option could be to publisha shorter version with redactions next week, and then release the full findings once Scotland Yard’s inquiry is over. One government source said the publication could be delayed indefinitely.

Labour said any further delay in publishing the entire report was intolerable. It said the government was in a state of extended paralysis, while some Tory backbenchers described Boris Johnson as a “lame duck” without the authority to tackle the looming cost of living crisis and possible Russian invasion of Ukraine.

With Whitehall alive with speculation about why Gray had yet to send her report to Downing Street, Scotland Yard issued a brief statement on Friday morning saying it was in “ongoing contact” with her team about “the content of the report” to “avoid any prejudice to our investigation”.

Police stressed they had not asked for the document to be delayed, but their request has left Gray unable to publish the report as she intended.

Johnson’s political future may hinge on whether he and senior No 10 staff are exonerated or criticised, and the Met’s intervention prompted concerns that the issue could remain unresolved into the spring.

One Tory MP said they feared it would take three months before the full details of Gray’s findings would emerge. They told the Guardian: “What people want is justice and the truth – what they expect is a cover-up. If that’s what happens, we can take another 5% off our standing in the polls. It’s a massive loss for confidence in the police and damaging for the party.”

Another called the Met a “broken organisation” and said fears the report would look like a whitewash were the fault of Scotland Yard’s “incompetence”.

Downing Street vowed on Friday to release whatever findings it receives from Gray but said the Met should be given “time and space” to complete “its independent work”. Johnson’s spokesperson did not commit to publishing anything further if a watered-down version is handed to No 10 followed by a fuller version some weeks later.

Officers are understood to be looking into possible breaches of Covid rules that could warrant fixed-penalty notices, rather than any more serious offences. If those issued with the fixed-penalty notices want to challenge the fine, they would go before a magistrate, not a jury.

Those with knowledge of the Met’s thinking said senior officers do not want Gray’s findings of wrongdoing published in detail before those who may be interviewed are spoken to by police, potentially polluting the recall of witnesses.

But the Met’s fears that Gray’s report could prejudice its own investigation prompted widespread incredulity, given the risk only arises when a criminal investigation is launched that is expected to lead to arrests followed by a trial by jury.

Nazir Afzal, a former chief crown prosecutor for north-west England, called the announcement “absolute nonsense”, adding: “A purely factual report by Sue Gray cannot possibly prejudice a police investigation. They just have to follow the evidence, of which the report will be a part.”

Dal Babu, a former Met police chief superintendent, said he was “a little bit confused” about the force’s decision. He said he was “struggling to understand why this report would impede the police investigation”, given it had “no legal standing” and a lot of evidence was already in the public domain.

One former senior Met officer with extensive experience of sensitive investigations said the force had unnecessarily got itself into trouble and was concerned by its missteps so far, some of which were branded “brain dead”. The source said: “They are making it up as they go along.”

Johnson’s position has been thrown into question by the Met announcement, as it leaves him less likely to be able to draw a line under the issue and restore discipline in the party. One Conservative MP said: “It delays, rather than changes, the underlying position.”

Another said the Met’s move had “done what no one has been able to do for weeks and unite the Tory party”, because “all sides are now getting frustrated” at the issue remaining unresolved.

The former chief whip Mark Harper pushed for Gray’s report to be published in full. He told the Guardian: “A partial publication with crucial details missing would be an insult to the public.”

Roger Gale, a backbencher who has already submitted a letter of no confidence in Johnson, said the soaring cost of living and Russian aggression towards Ukraine required Johnson’s “full and undivided attention”, but instead he was “a lame duck prime minister that is soldiering on”.

The government was also accused of being in paralysis by the Labour leader, Keir Starmer. He criticised ministers for being focused on protecting Johnson’s position, while people concerned about the tax rise coming into effect in April and rising bills were “getting no answers from a government mired in sleaze and scandal”.

Public health experts on Friday noted the lack of briefings or communication from the government at a time when coronavirus rules had changed, case rates remained very high and Covid was continuing to cause significant disruption in schools.

“We’re in a really difficult position, particularly for children and young people, and the government continues to dither and delay,” said Prof Gabriel Scally, a visiting professor of public health at the University of Bristol. “The government is pulling down the blind on things in the hope that we will move on.”

Prof Linda Bauld, a public health expert at the University of Edinburgh, said the lack of communication was problematic. “There are continued scientific developments, such as the inclusion of reinfection figures, which people probably need explained,” she said.

James Johnson, a pollster with JL Partners who worked in Downing Street under Theresa May, said: “I don’t think the brand damage from the parties fades. Voter perceptions of Johnson have changed for good, barring some major event.

“This is very much a Johnson issue, not a wider Conservative party issue. If, sooner rather than later, MPs look to a new leader, then I think you get an almost entire restart moment, and actually I think that you could even see the Conservative government as much as 10 points ahead almost overnight.”