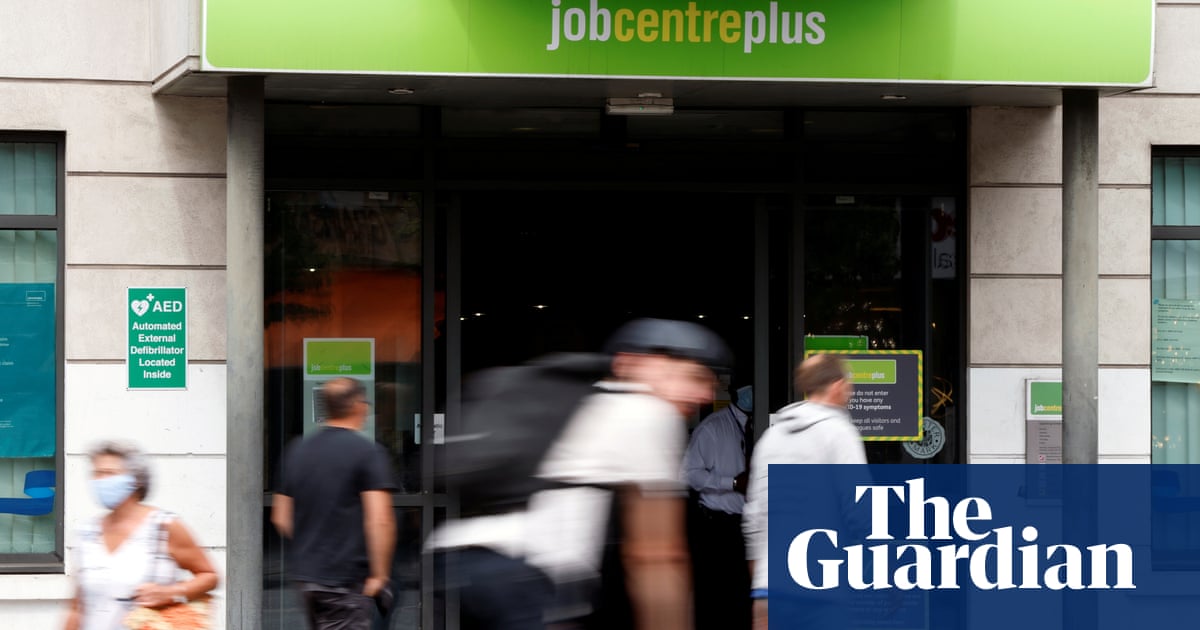 An evaluation on the effectiveness of benefit sanctions has been blocked by the work and pensions secretary Therese Coffey, it has emerged, as fresh government plans to impose financial penalties on jobless claimants who refuse any job offered to them were widely criticised as cruel and “missing the point”.

The Department for Work and Pensions (DWP) commissioned its own internal research on the effectiveness of sanctions in 2019 and explicitly promised to make the findings public, in part to settle an ongoing political row over whether sanctions were effective – as ministers insisted they were – in persuading people into work.

Nearly three years later, as the DWP prepares to enforce a fresh wave of sanctions, it has emerged that the department buried the report and refused requests for it to be released, insisting that the study included “details of a sensitive nature” and it was in the “public interest” to keep the findings under wraps.

On Tuesday, the DWP rejected a Freedom of Information request from Glasgow University academic David Webster to release a copy of the report. “It doesn’t look good when the DWP launches a new sanctions policy and does not let the public see the evidence that might help them to judge it,” Webster told the Guardian.

Controversy over the effectiveness of sanctions – in essence, fines for infringements of the benefit rules – broke out again on Thursday as ministers announced they would tighten benefit punishments as part of a wider “Way to Work” initiative designed to persuade 500,000 unemployed people back into the labour market.

Employment experts insisted that tightening sanctions would backfire, because a mountain of published evidence – including from the government’s spending watchdog and the DWP’s own advisory committee – shows threatening claimants with the loss of benefits does not incentivise them to take up unsuitable jobs, and instead is likely to make them stressed and ill.

Ministers promised to commission research into sanctions in February 2019 in a formal DWP response to a cross-party select committee inquiry, which had concluded there was no evidence that financial penalties helped people get a job, but they did have “profoundly negative” effects on claimants’ health and finances.

Although Coffey was not appointed welfare secretary until September 2019, the DWP director general for universal credit, Neil Couling, told a House of Lords committee in June 2020, that he and Coffey had discussed the research and had “every intention of fulfilling” the DWP’s promise to make the research public.

However, in a letter to Webster this week, the DWP wrote: “We recognise that the publication of the information requested could provide a greater understanding of the effectiveness of benefit sanctions. However, we have to balance this against the fact that the withheld documentation includes details of a sensitive nature whose publication would be likely to inhibit candour and be likely to prejudice the effective conduct of public affairs.”

The DWP claimed that because one section of the planned research, on the “deterrent effect” (the effect of sanctions on claimants not actually sanctioned), was unable to be properly assessed, the entire study was invalidated. It refused Webster’s request to see parts of the report not related to the deterrent effect.

Webster, an authority on sanctions policy, said he would appeal against the ruling. “Either the DWP study confirms the existing body of research on sanctions, or it significantly contradicts it; either way, it is highly important from a public policy point of view that it should be released.”

Under Way to Work, claimants will be given just four weeks – down from three months – to find a job within their preferred sector. After that point, part of their universal credit payment will be withdrawn, or “sanctioned”, if they are deemed to have failed to make “reasonable efforts” to secure a job, or turned down a job offer.

The move was criticised by opposition MPs as an opportunistic political move to distract from the Downing street partygate scandal and convince backbench Tory MPs – many are traditionally eager supporters of attacks on so-called welfare scroungers – that the prime minister has a grip on domestic policy agenda.

Katie Schmuecker, the deputy director of policy and partnerships at the Joseph Rowntree Foundation, said the sanctions announcement “misses the point” as it will only apply to about 130,000 people – just one in 20 of all those out of work and claiming universal credit – and only a quarter of the government’s stated ambition of getting half a million people back to work by June.

A DWP spokesperson said the department could not publish the report because it did not present a comprehensive picture of sanctions. They added: “With a record number of jobs available, it’s right that people who can work are encouraged to take up available roles. Our new approach will help claimants get quickly back into work, while ensuring businesses get the people they and the economy need.

“We know work is the best way for people to get on, to improve their lives and support their families because, as well as being good for mental wellbeing, people are at least £6,000 better off in full-time work than on benefits. As part of our new campaign, jobseekers will receive better, tailored support to get into work from our work coaches, and through jobcentres partnering with employers to match talent to vacancies.”