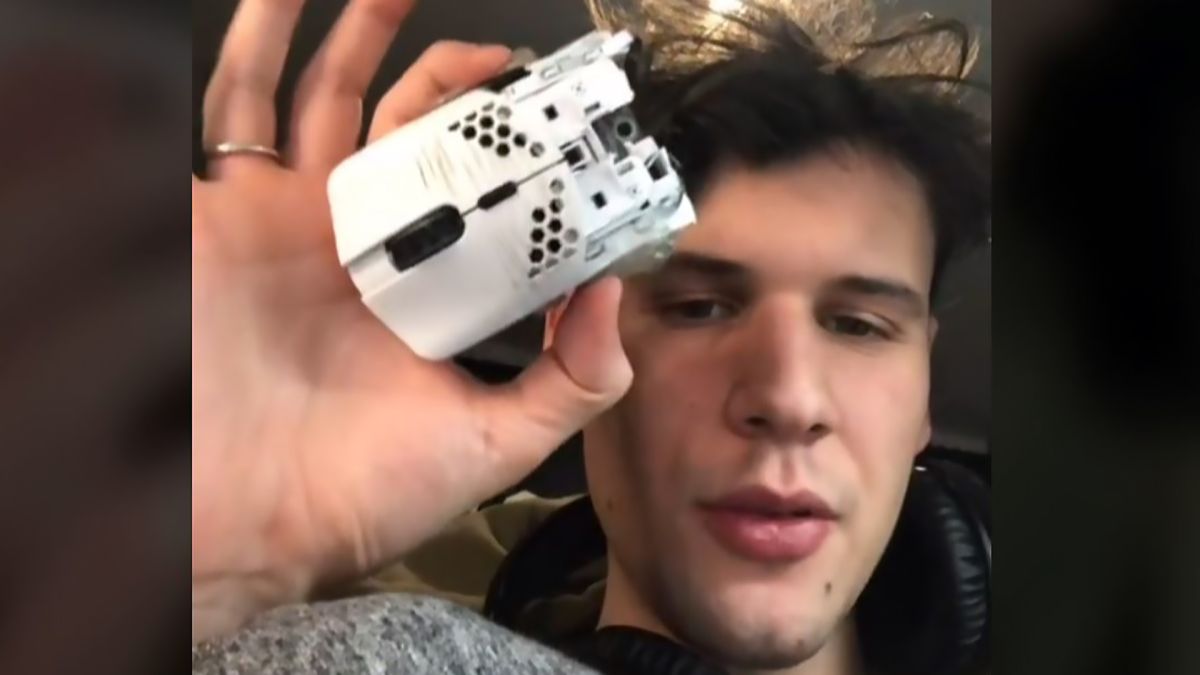 Sometimes you’re scrolling through TikTok and you find a man who claims he has “the most scuffed mouse ever,” who then proceeds to explain how he cut it in half with a hacksaw.

“I hold the mouse like this, I like to do precision movements with my fingers. I don’t need the fucking back,” TikTok user boneyttv, a claw grip user, says in a video that’s been watched by more than 166,000 people.

Boneyttv goes on to explain how he “modded” a mouse to improve his gaming and shows footage of him using it. “It might seem like shit, but I have a few top 100 KovaaK’s scores with this thing,” he said. He’s referring to the leaderboards on a popular aim training game on Steam. Half of a Glorious Model O Wireless got him there, along with some double-sided gel tape and X-Acto knife marks, “just for grip.”

Boneyttv said he did it to save money on buying a new, more comfortable mouse because the Model O was “way too narrow” and it cramped his hand.

The self-proclaimed owner of the most scuffed mouse ever followed up on his original video to answer common questions, such as how he managed to split his mouse in two and why it, surprisingly, isn’t as light as you might think. The Model O starts at 69g, then dropped to 57g when boneyttv bisected it. With the custom grips and the Frankensteined mouse feet added on, the mouse comes in at 62g. That puts it in direct competition with the Logitech G Pro X Superlight, which is one of our favorite light gaming mice—and it even comes whole, which now seems like a real bargain.

We’re in an ongoing semiconductor shortage and graphics cards are more expensive than entire computers; boneyttv is clearly a man of the times who found a way to save some money where he could. In one of his more recent videos, boneyttv reacts to another TikTok user introducing him to professionally sliced mice for claw grippers, like the G-Wolves Husky. In response, boneyttv whips open his wallet to find no money to spend. It seems like he’s content to stick with his custom model for now.