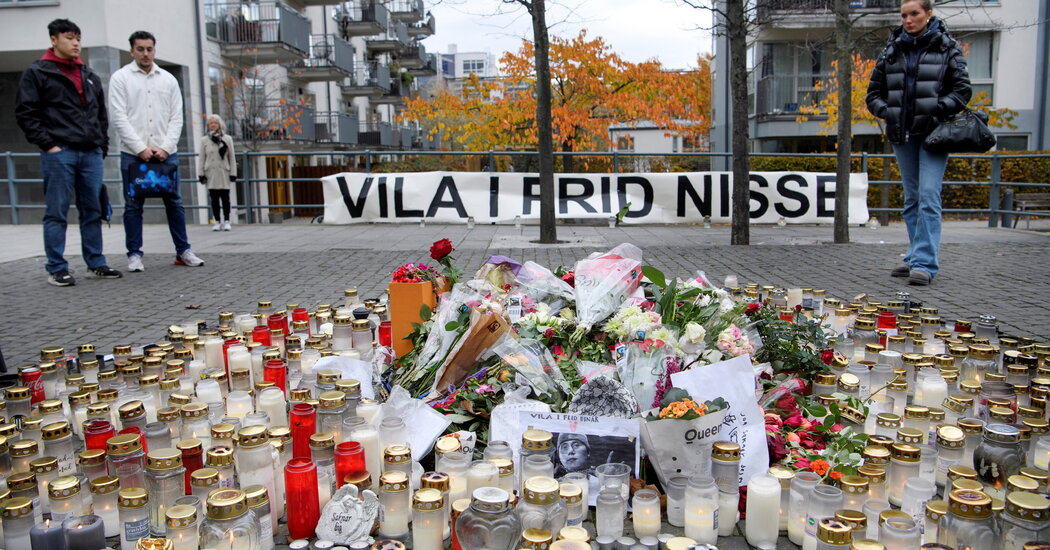 Einar, the Swedish rapper who in the last few years had become one of the most dominant performers in the country’s hip-hop scene, as well as a major pop figure, was shot and killed last October. The case remains unsolved.

The crime shined a light on the intersection between Sweden’s rap industry and gangs, on rising gun violence in Sweden, and also government neglect of marginalized communities and neighborhoods.

On this week’s Popcast, a conversation about the ripple effect of Einar’s murder, the evolution of hip-hop in Sweden and how the last three years have radically changed the country’s rap scene.

Connect With Popcast. Become a part of the Popcast community: Join the show’s Facebook group and Discord channel. We want to hear from you! Tune in, and tell us what you think at popcast@nytimes.com. Follow our host, Jon Caramanica, on Twitter: @joncaramanica.