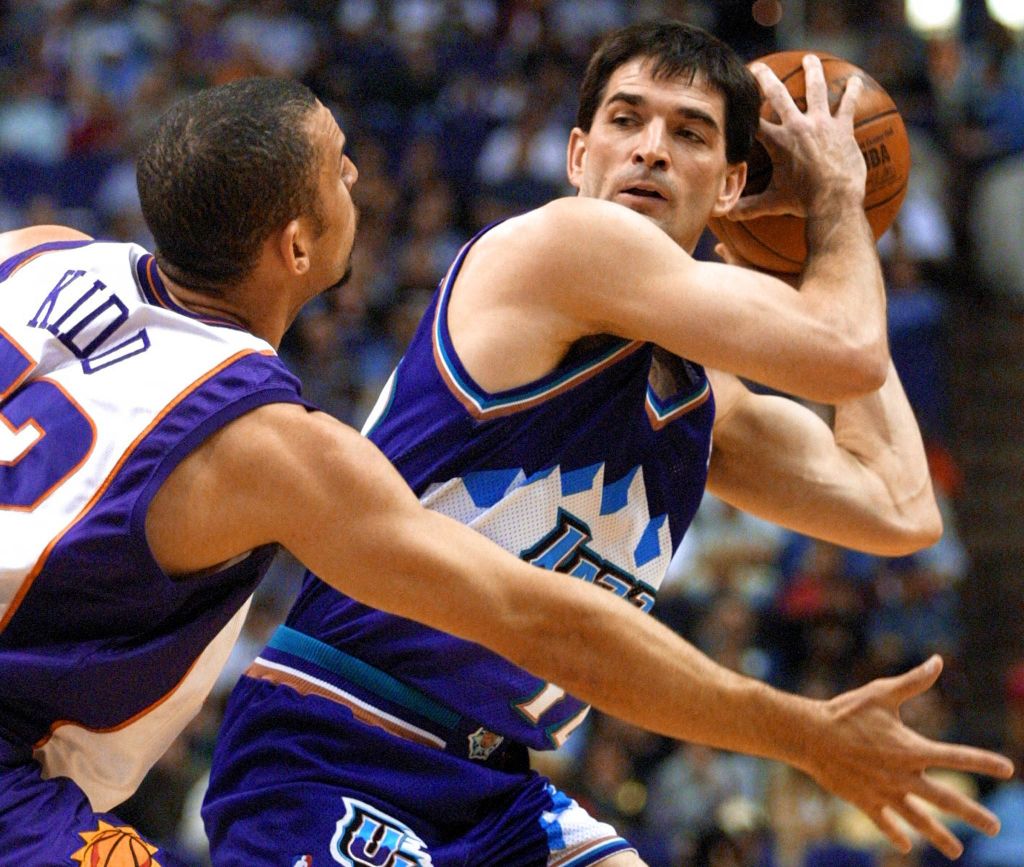 Being a professional athlete in America comes with many perks. One of which is that fans put their opinions on a pedestal, which includes their beliefs outside of the sport they play. Since the start of the pandemic, there has been a slew of professional athletes, in particular NBA players, who’ve felt it necessary to promote their false claims about the virus, as well as the vaccine.

As America still battles with the latest COVID-19 strain, there are still NBA players who think it’s their mission to convince us of anti-vax propaganda. The latest player to show us their true colors is Hall of Fame guard John Stockton. Stockton, who is still the NBA’s all-time leader in assists and steals, was recently suspended from attending any Gonzaga basketball game because he refused to comply with the university’s mask mandate. During an interview with The Spokesman-Review, Stockton also claimed 100 vaccinated professional athletes have died and at least 20,000 people have died as a result of the vaccine.

Of course, it’s a complete lie. If 100 pro athletes have died from COVID-19, you best believe every news outlet in the country would be running that story and you wouldn’t have to get your news from a 59-year-old white guy who you should only ask for advice if he’s willing to teach you how to throw a behind the back pass.

Boxing Champ Laila Ali recently expressed her concerns over receiving the potential life-saving double dose, telling her followers on Instagram to “build up and trust their own immune system” before getting inoculated against the virus. Rapper Busta Rhymes went on a full-on tangent about the government’s nationwide COVID-19 vaccine mandates during a concert in St. Louis back in June. The rapper asked fans to remove their masks claiming that the government was “trying to take our civil liberties away.”

Now, although about 90% of the NBA is vaccinated — including stars like Damien Lillard, who offered a textbook reason for why he got the shots —  it appears as though the anti-vax hysteria is spreading to the NBA as a number of players have recently expressed controversial opinions about the vaccine.

One of the dissenting players is the Orlando Magic’s Jonathan Issac, who said during a press conference that he was “uncomfortable” with receiving the vaccine.

Issac clarified his stance after Rolling Stones published an article citing that he had grown to become skeptical of the vaccine after he examined a few of former president “Trump’s press conferences.”

In the same article, the aunt of Brooklyn Net’s star Kyrie Irving alleged that her nephew would not be receiving a jab because of “moral based” reasons. During the pre-season media day conference at the Barclays Center on Monday, the 29-year-old declined to further comment on his vaccination status.

“Living in this public sphere, there’s a lot of questions about what’s going on in the world of Kyrie,” he said virtually to reporters as he was unable to attend the event. Kyrie continued: “I would love to just keep that private and handle that the right way with my team and go forward with a plan.”

The truth is that the anti-vax uproar in the world of sports is truly problematic, especially as Black people continue to be disproportionately impacted by the virus.

According to the COVID Race Tracker, America has lost at least 73,462 Black lives to COVID-19 to date. Black people are 2.8 times more likely to become hospitalized by the virus and 2 times more likely to die from the disease compared to Whites and Non-Hispanics, the CDC notes.

Both Issac and Irving have young fans that look up to them, especially young adolescents of color. How does their COVID-19 anti-vax hearsay appear to the youth that look up to them, especially today’s generation who take much of what athletes say to heart? How does it look to their fans that continue to become hospitalized from the contagious virus?

“..it’s so shocking and disappointing to see so many people, especially people of color, treat the vaccination like it’s just a matter of personal preference, like ordering no onions on your burger at a drive-thru,” he said. “While I can understand the vaccine hesitancy of those who have been historically marginalized and even abused by the health care system, enough scientific documentation has been given to the public to set that past behind us for now. Yes, we should never forget. Those experiences should sharpen our critical thinking to not accept things blindly. But it doesn’t mean we reject things blindly. The drowning man doesn’t ask if a racist made the life preserver keeping him afloat, only that it works to save his life.”

Unfortunately, Kyrie and Issac aren’t the only NBA players who are publicly against the vaccine. Here’s a list of NBA athletes who have shared their controversial opinions about the vaccine. 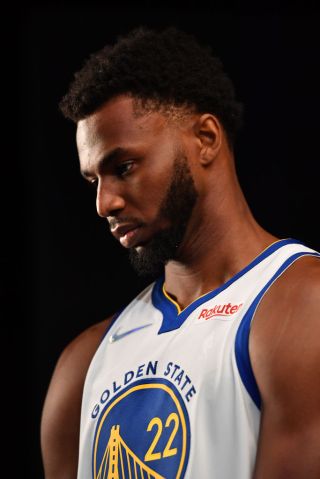 The Golden State Warriors Andrew Wiggins sent NBA fans into a tizzy when he told reporters back in March that he wouldn’t be taking the vaccine.

“I don’t really see myself getting it any time soon, unless I’m forced to somehow,” Wiggins said according to USA Today, adding,”Other than that, I’m good.” Wiggins’ refusal could potentially mean that he would have to sit out of the Warriors’ upcoming games at the Chase Center where proof of vaccination is required. Although the NBA hasn’t imposed strict guidelines for players about the vaccine, players are required to follow their home team venue’s protocol, the Sfist notes. 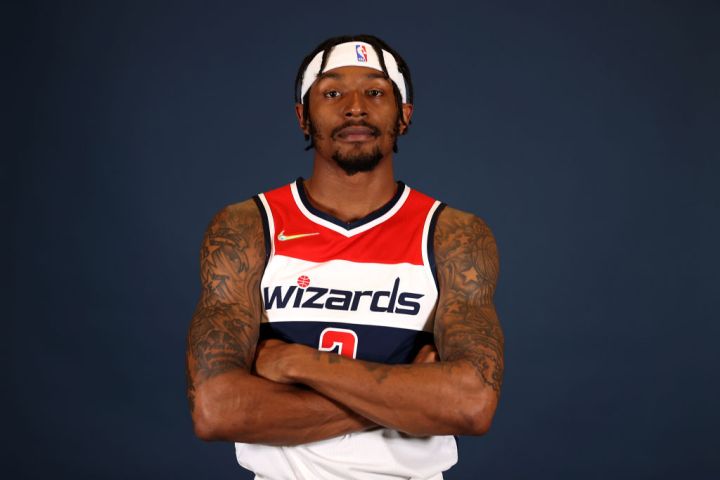 The Wizards Bradley Beal wasn’t able to compete at the Tokyo Olympics over the summer because he contracted COVID-19. Even after falling ill with the virus, the basketball player expressed during Monday’s media day event that he was still considering taking the vaccine.

“I don’t think you can pressure anybody into doing things, or putting things in their body,” Beal told reporters, CBS notes.

“I would ask the question to those who are getting vaccinated, ‘why are you still getting COVID?,” he continued “…You can still get COVID and still pass it along if vaccinated. So…”

Beal said he wouldn’t be taking the vaccine for “personal reasons” but clarified that he wasn’t trying to impose his anti-vax beliefs on people. 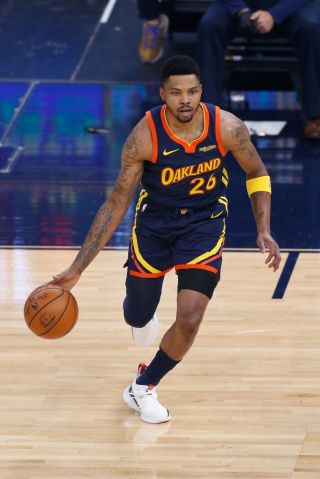 The Los Angeles Lakers star recently said that he didn’t need to take the vaccine because he was already taking precautions against the virus by maintaining a healthy lifestyle.

“I do everything I can to strengthen my immune system, with hours upon hours of cooking, preparing my meals at home, really being conscious of what I put in my body and taking care of my health,” Bazemore said in March. “My family has a history of heart disease and all these different things, and I’m trying to turn that around for my lineage. So, I’m taking it upon myself to do everything I can to keep my immune system strong and live a healthy and long life,” he added. 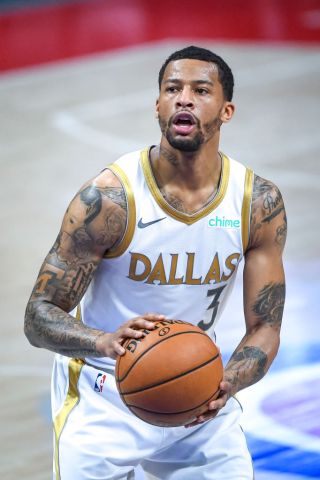 Trey Burke of the Dallas Mavericks shared his unwarranted thoughts about the vaccine on Instagram. The athlete took to his Instagram stories, writing to his massive following:

“F*ck a vaccination. Tryna kill us YOU [emoji eyes] you crazy you think otherwise!”

He continued by telling his followers to “Pick a side” before explaining that he would rather put his faith in his religion. “I choose the Most High through Christ could careless [sic] what the world think [shrugging emoji].”

Burke ended his anti-vaccine rant by stating that he didn’t care what people thought about his opinion and he claimed that the drug was the government’s attempt to begin using tracking devices, otherwise known as radio frequency identification (RFID), on Americans.

“RFID in full effect and they ready to implement!” he added. 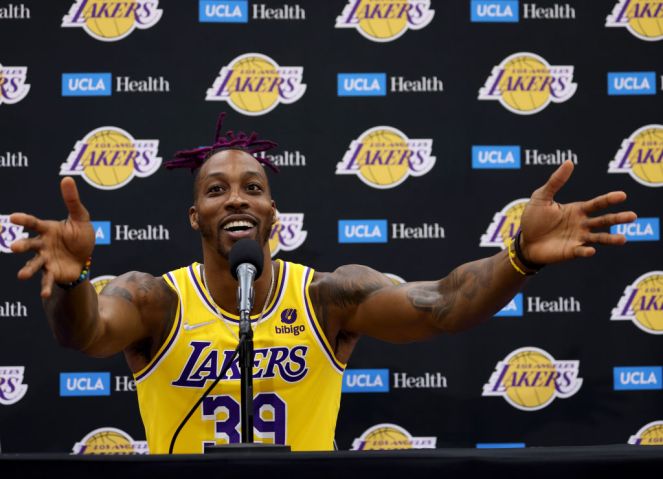 NBA star Dwight Howard said during a recent Instagram Live session that he did not believe in vaccines.

“Do I believe in vaccinations? No, I don’t. That’s my personal opinion, but no, I don’t,” the Lakers player said flat out. 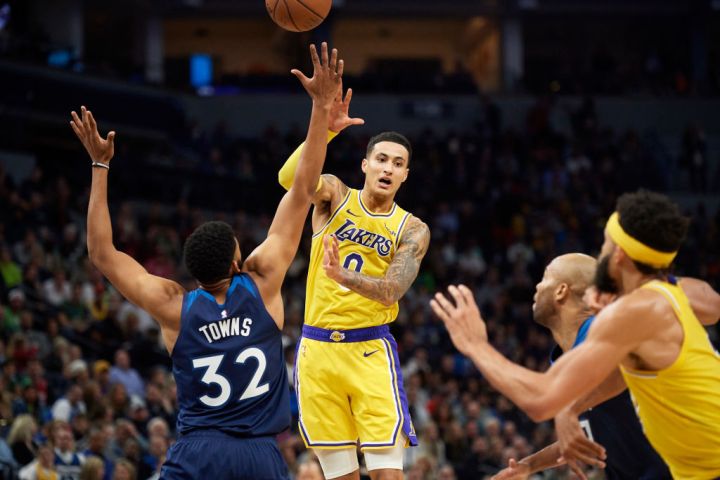 The Lakers Kyle Kuzma was dragged to Twitter hell and back after he commenting on HIPAA rules regarding vaccination, Black Sports Online reported.

“So when did following HIPAA rules correlate to being Anti-vaccinated?” the NBA star tweeted, but social media watchdogs quickly descended upon the athlete with fury slamming the star for spreading unfactual information.

HIPAA laws protect patients from medical facilities or health care providers from giving out their medical records to third parties without their consent. It does not protect people from being asked if they are vaccinated…maybe Kuzma missed the memo?