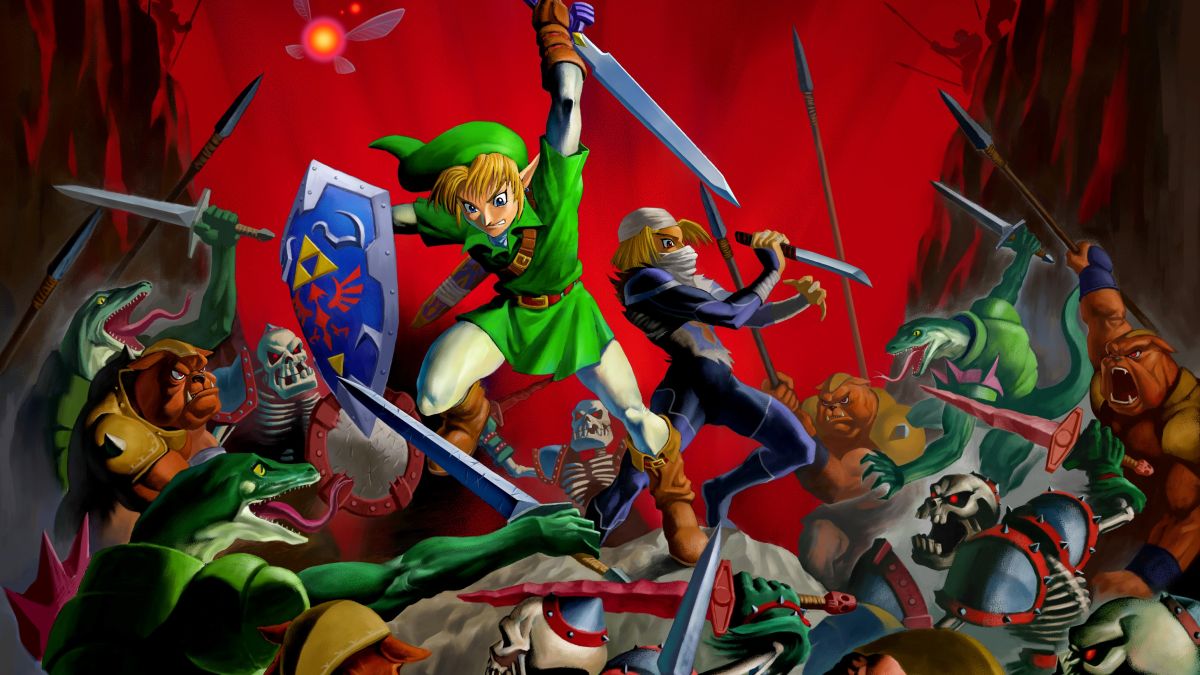 A PC port of Super Mario 64 appeared essentially out of nowhere back in 2020 thanks to a herculean effort from fans who decompiled the game’s code. A similar decompilation effort for Ocarina of Time was completed last year by the Zelda Reverse Engineering Team, and it seems like we may be seeing the fruits of that labor within a month. Videogameschronicle reports that another fan group has nearly finished turning that code into a working PC port.

“I’d give it approximately 90%. We’ve been hoping to be complete by the middle of February and use a month or so until April 1st to refine the game before release,” said one of the developers, who goes by the handle Kenix. According to Kenix, the fan group working on the port are using a backend called Fast3D, originally created for the Mario 64 port, that supports widescreen and should allow them to add some other enhancements, like 60 fps support.

Mod support is already planned: Kenix explained that their rewritten code for Ocarina of Time organizes game assets similarly to a modern game, which will make it much easier to change out elements like, say, textures.

If you’re wondering how a project like this could be legal or are worried about Nintendo’s lawyers knocking it offline now that it’s public, the way it’s being programmed helps explain that, too. The decompiled code is legal because of how it was created: the programmers responsible wrote entirely new source code by deconstructing Ocarina of Time; the code would only be illegal to distribute if it were identical to Nintendo’s original, or if it was created with access to leaked proprietary documents. Nintendo quickly struck the Mario 64 port executable that was floating around with DMCAs because it included all of the game’s original assets along with the new code—the textures, the music, the sound effects, etc. The reverse-engineered code itself was fine, but including the rest of those files was a big no-no.

At least that’s how this all plays out in theory. How copyright works in these situations doesn’t really have a clear precedent in court. That might change in the future: Take-Two is currently suing a modding group who decompiled Grand Theft Auto 3 and Vice City, and how that case plays out could provide clarity on this legal gray area. For now, though, it seems like the Zelda port is steering clear of any obvious pitfalls.

“We packed assets into an external archive,” Kenix told Videogameschronicle. “No assets are linked into the exe. Our belief is that this will prevent a DMCA takedown from Nintendo as SM64 linked all of the assets into the .exe file.”

To legally play this Ocarina of Time port when it comes out, you’ll need to dump all those assets from your own copy of the game—though I wouldn’t be surprised if somewhere down the line, we see a version of the game with 100% original player-created assets. Further enhancements like ray tracing and 4K textures are probably inevitable, judging by all the cool projects that have come out of the Super Mario 64 port so far.

The Zelda Reverse Engineering Team is also working on decompiling sequel Majora’s Mask, and Kenix said that when it’s finished, they expect to be able to turn around a port even more quickly.

If you’re a lifetime PC gamer and never experienced Ocarina of Time on the N64 (or the many, many systems Nintendo’s ported it too since), definitely keep an eye out for this one—over time, it’s likely to become the best way to play a fantastic game.