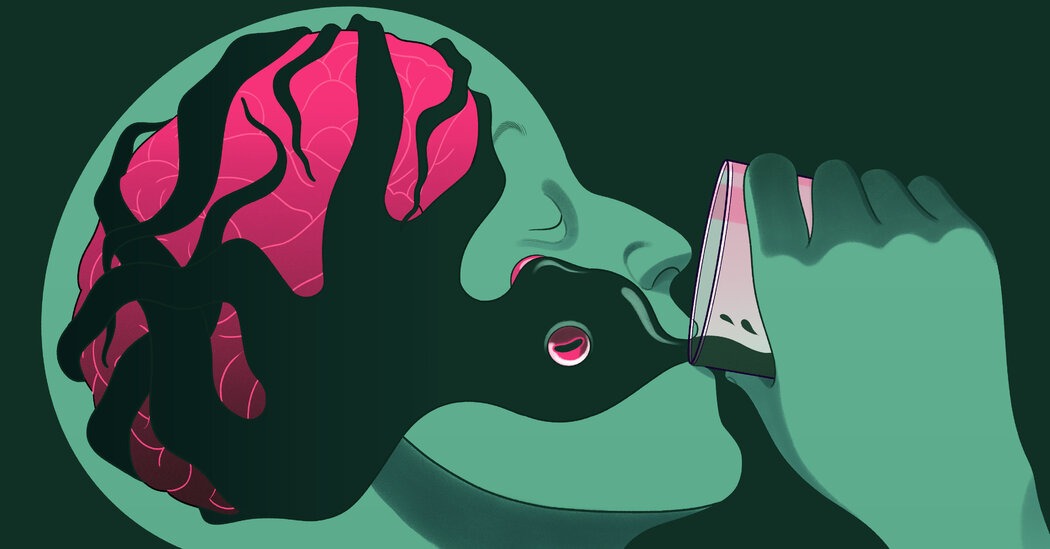 Dr. Fisher’s opinion piece about addiction was misleading and polarizing. His arguments ignore decades of biomedical and behavioral research that have taught so much about the nature of substance use disorder, as it is now called, and what to do about it.

First, the originators of the concept did not say that addiction is only a brain disease; we acknowledged how important behavioral and social elements are to its development and to recovery.

Moreover, the concept that substance use disorder is a brain disease does not at all imply that “drugs hold all the power.” No one would ever assert, for example, that people are powerless to affect their hypertension or diabetes by changing their behavior, as well as taking their medicine.

Let’s not revert to an outdated conception of the drug problem as only either biological or behavioral and ignore the decades of scientific research that have led to combined treatments and policy approaches that work far better than either alone.

Dr. Carl Erik Fisher is correct in arguing that thinking of addiction as a disease has the risk of simplifying a very complex interaction of factors, overemphasizing the biological factors at the expense of the myriad social and psychological factors that are also major contributors to addiction.

However, emphasizing the fact that addiction, like other mental disorders such as depression, has a significant biological component has served to reduce the stigma and shame surrounding addiction and increased individuals’ willingness to seek treatment.

While the pendulum has perhaps swung so far in the direction of biology that other important factors are being overlooked, it is important not to jeopardize the headway made over the past 50 years.

Michael B. First
Richard B. Kruger
New York
The writers are doctors with the Columbia University Department of Psychiatry. Dr. First is the editor of the forthcoming Diagnostic and Statistical Manual of Mental Disorders-5 text revision.

Dr. Carl Erik Fisher did not mention the most important reason that alcoholism was classified as a disease. Before Alcoholics Anonymous, alcoholism was widely considered a human failing, a weakness of character, a sin. These people could stop drinking if they wanted to!

But this was not true. Many wanted to stop but could not. By defining alcoholism as a disease the shame of being an alcoholic was removed. No longer were alcoholics seen as morally deficient. Alcoholism/addiction has nothing to do with morals.

This understanding of addiction as a disease has opened the door of recovery wide to many of us who may not have sought help for an affliction if we thought we should be able to “fix” it by ourselves — by just being “better” people. We are not bad people. We are sick people, deserving of help. Classifying addiction as a disease does not narrow the opportunities for healing; it expands them.

I believe that Dr. Carl Erik Fisher is correct in his view that addiction is not just one thing, which is to say “a disease.” There are certainly medical elements, for example our imperfect but growing understanding of the genetics of addictive behavior. But, in essence, addiction must still be seen and treated as a behavior. And, as with most behaviors, addiction has huge sociologic and economic inputs.

By making medicine the principal portal for accessing treatment of any harmful behavior is to seriously tie our hands as a society seeking a cure. As a practicing physician of 40 years, I might feel differently if we had had more success treating behavioral problems as medical problems. We’ve had our chance.

Opinion Conversation The climate, and the world, are changing. What challenges will the future bring, and how should we respond to them?

Having lost a father (to alcoholism), a sister (to smoking cigarettes and alcoholism) and a son (to opioid addiction), I believe it would be a tremendous boon if research could determine the difference between those who can be treated successfully for their addiction and those who are not helped by the current methods of treatment.

Dr. Carl Erik Fisher concludes by saying that dropping the idea of disease and opening a fuller picture of addiction will allow for more nuance, care and compassion. I think there is an abundance of those currently. What is needed is an understanding of the biology and differences that lead to addiction as a death sentence for some and a chronic disease for others.

One of the important reasons to call addiction a disease is that it reframes the discussion away from the court system/incarceration and toward treatment. This is extremely important as the United States leads the world in incarceration, much of which is related to illicit drug use or trade.

Many Republicans oppose Build Back Better simply because the Democrats support it, others because it limits coal and oil industries, which they perceive as critical to their states. But many oppose it because it is a key culture war issue.

It and other initiatives like the Green New Deal represent the things conservatives fear most: change, a substitution of a new order for the old, and the possibility that they will lose their hard-earned place in the world.

Despite the climate disasters of the past year, programs that limit greenhouse gas emissions are going nowhere. The fact that the recovery of the economy is so closely tied to a rise in greenhouse gases is sobering and deeply worrying.

Climate change will soon be a problem so large that even conservatives won’t be able to deny it. Whether we will then be able to do anything about it remains to be seen.

As the former chair of a major biopharmaceutical company’s political action committee and general counsel of the industry’s principal trade association, I appreciate the importance of making contributions to supportive lawmakers, regardless of their positions on unrelated issues.

However, the continuing strength of our democracy and the rule of law are not unrelated matters. They are as vital to the industry as prices and patents. No contributions should be made to lawmakers who refuse to recognize and act on the threats to our Constitution.

Bruce Kuhlik
Washington
The writer is former general counsel of Merck & Co. and of the Pharmaceutical Research and Manufacturers of America.

Olympians, Join the Rest of Us

I chuckled with recognition at the extensive restrictions that Olympic athletes are putting on themselves to avoid being infected with Covid-19 before the Games begin next month. That’s how we seniors have been living for nearly two years! I believe we deserve a medal.

Dan Barry’s contemplative, healing story of outdoor solo basketball in wintertime resonates with my lifetime passion for the sport (“A Story of Covid Exile, Told in Never-Ending Arcs,” Sports, Jan. 18). The rhythm of shoot-miss/shoot-swish soothes my soul in times both good and troubled.

This phenomenon reached an unprecedented high a decade ago. After receiving a lifesaving stem transplant, I was confined to weeks of isolation to prevent post-procedure infection. Solo basketball on a neighborhood court was my refuge.

During my first outing, even as I missed most shots, I was overcome with the emotion of a medical procedure enabled by an anonymous donor, a young college student whom I would meet in person a year later. Weeping profusely, with the hoop as my witness, I shot my heart out, overcome with gratitude for life and for every shot, made and missed.

Now a septuagenarian, I continue to play solo in frigid weather, warmed by the hoop and ball that have been my companions during the ebb and flow over decades of a life well lived.