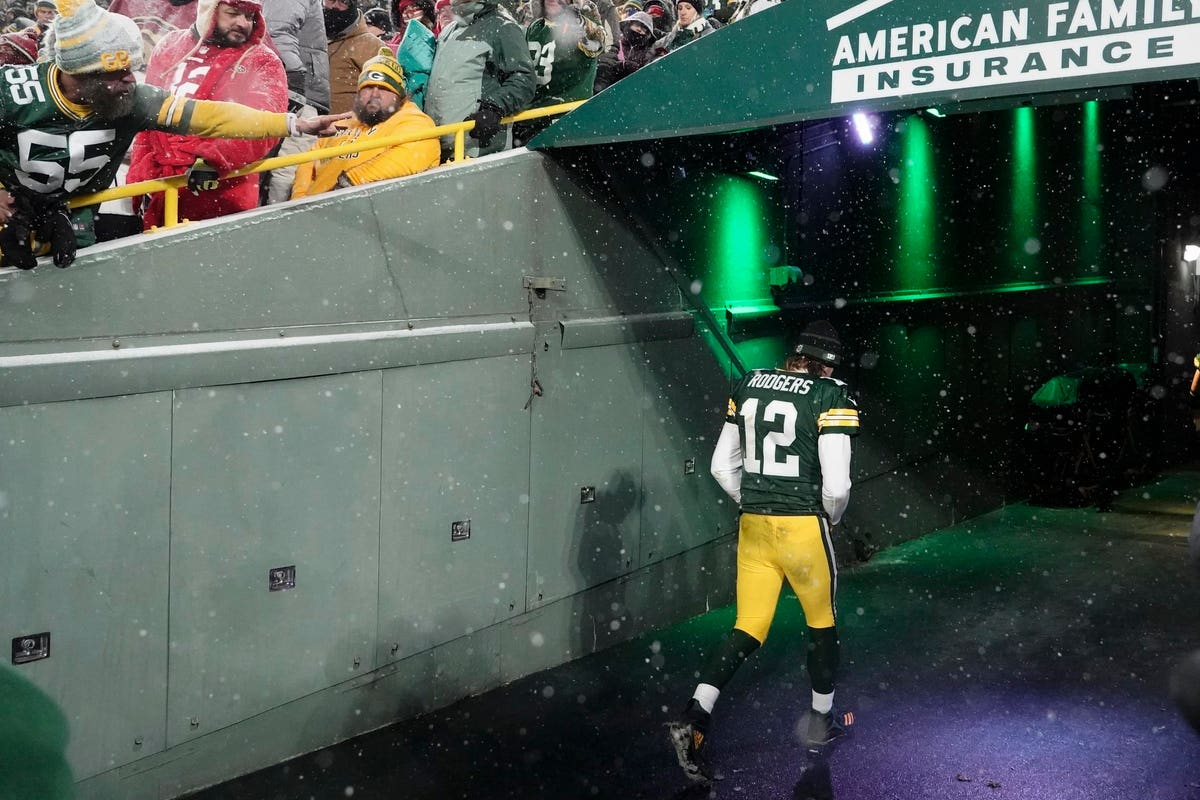 That was the last time the Green Bay Packers defeated the San Francisco 49ers in the playoffs. That came on Jan. 13, 2001, when the Packers downed the 49ers, 25-15, in the Wild Card round.

The wait was supposed to end Saturday when Green Bay hosted San Francisco in a divisional playoff game. Instead, the Packers were dealt a stunning 13-10 setback.

Here’s the good, bad and ugly from Green Bay’s loss. We’ll start with the ugly and work backwards:

On a night where the special teams were dreadful, the biggest disaster came with 4:41 left in the game. Green Bay led, 10-3, and had a fourth-and-19 from its own 12-yard line.

Punter Corey Bojorquez lined up 2 yards deep in his own endzone and 49ers defensive lineman Jordan Willis shot up the middle and blocked the punt. Safety Talanoa Hufanga picked up the ball at the 7-yard line and raced to the endzone to tie the game.

Larry McCarren, the color commentator on the Packers’ radio network, summed it up best.

“What a nightmare,” McCarren screamed. “What a meltdown.”

There were plenty of those.

San Francisco wideout Deebo Samuel returned a kickoff 45 yards to midfield, and JaMycal Hasty had a 32-yard return to the 40. At the end of the first half, Jimmie Ward raced off the right edge and blocked a 39-yard Mason Crosby field goal.

And on Gould’s game-winning field goal, the Packers had just 10 men on the field.

“That third quarter of the season is when we really hit a slump and we started having things happen to us on the regular that quite frankly can’t happen,” Drayton said. “But over the last three weeks, we’re definitely trending up.”

If that was the case, it all ended Saturday night.

After scoring a touchdown to begin the game, the Packers’ drives went as follows:

Rodgers didn’t do anything to hurt his team, completing 20-of-29 passes for 225 yards with no touchdowns and no interceptions. But he also didn’t make any significant plays to tilt the field in Green Bay’s advantage.

Rodgers fell to 0-4 lifetime against the 49ers in the playoffs. And this marked just the second time in Rodgers’ career he didn’t have a touchdown pass in a playoff game.

If this was indeed Rodgers’ final game as a Packer, it ended with a dud.

BUTTER FINGERS: Tight end Marcedes Lewis is one of the more popular players in Green Bay’s locker room. He’s a terrific blocker, but at 37 years old, offers little in the pass game.

So you wonder why the Packers called his number on a bootleg late in the first quarter? Lewis made a short catch, then was stripped of the football by Fred Warner and Dre Greenlaw recovered.

RASHAN GARY: Remember when Packer Nation bemoaned Green Bay using the 14th overall pick on outside linebacker Rashan Gary in the 2020 draft? Those days seem like a lifetime ago.

Gary had a breakout third season with a team-best 9.5 sacks. Then he had two sacks of 49ers quarterback Jimmy Garoppolo Saturday.

In addition, the 49ers were driving for the potential tying score midway through the fourth quarter when Gary one of the biggest plays of the night. On a fourth and 1 from the Packers’ 19, Gary stuffed running back Elijah Mitchell for a 2-yard loss.

“Rashan deserves all the credit,” Packers outside linebackers coach Mike Smith said of Gary. “He puts the time in. A night won’t go by when he won’t text me about something. He’ll shoot me a text, make sure I put this cut-up on there. He puts the work in in practice and at night. Truly every day he finds something to get better at.”

DAVANTE ADAMS: Green Bay’s Pro Bowl wideout set single season franchise records this year for catches (123) and yards (1,553) this year. He was back at it Saturday night, finishing with nine catches for 90 yards.

Making Adams’ night even more impressive is no other Green Bay wideout was a threat whatsoever. In fact the only other Packers wideout with a catch was Allen Lazard, who had just one reception for six yards.

“He doesn’t stay in one spot,” 49ers defensive coordinator DeMeco Ryans said of Adams. “He can move into the slot, he can play outside. He’s all over the place. We know that he’s the top guy.”

That didn’t make stopping him any easier, though.

Jones caught nine passes for 129 yards — including a 75-yarder just before halftime. Jones also ran for 41 yards on 12 carries.

OPENING DRIVE: The Packers had just three touchdowns on opening possessions during the regular season. So after San Francisco won the coin toss, it made some sense for them to choose starting on defense.

That decision blew up on the 49ers, though, when the Packers marched 69 yards in 10 plays for a touchdown. Running back A.J. Dillon capped the march with a 6-yard touchdown run.

Wideout Davante Adams was huge on the drive, with three catches for 35 yards. And Rodgers was 4-for-5 on the drive for 54 yards.

THIS AND THAT: Packers outside linebacker Za’Darius Smith played 18 snaps in the season opener, then missed the next four months with a back injury. Smith returned Saturday night, and on his first snap, he sacked San Francisco quarterback Jimmy Garoppolo. … The 49ers were the NFL’s best team in the red zone this year. On Saturday, Green Bay held San Francisco to three points in its three trips inside the 20.