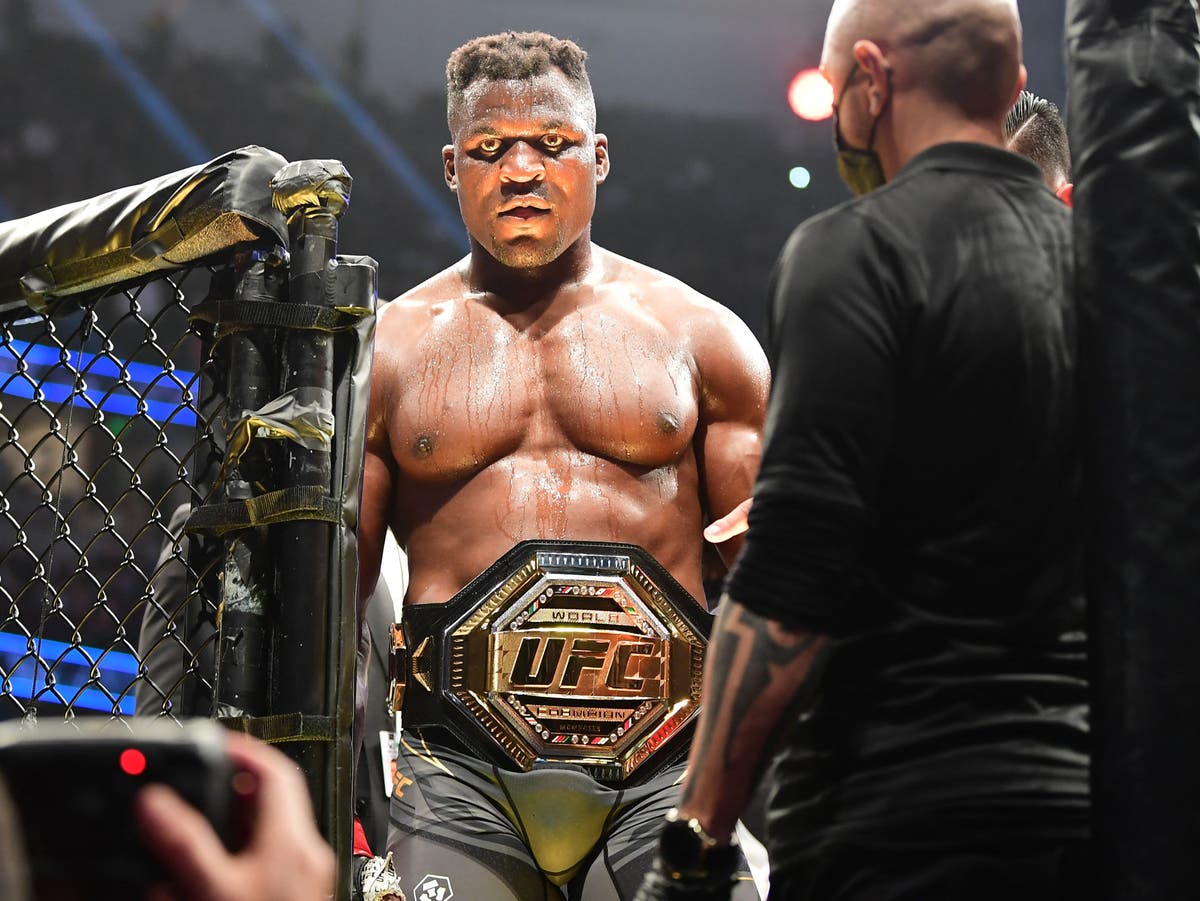 Ngannou, the consensus hardest hitter in UFC history, has long expressed frustration with his pay in the mixed martial arts promotion and has talked up a return to his boxing roots.

WBC champion Fury is the French-Cameroonian’s dream opponent, and the Briton has acknowledged Ngannou’s interest and even called for a boxing match against the “Predator” with MMA gloves.

Ngannou’s hopes of securing a mega-fight with the “Gypsy King” – however unlikely such a bout may seem – would have taken a major hit if the 35-year-old had failed to unify the UFC heavyweight titles against interim champion Gane on Saturday.

However, Ngannou achieved a surprising unanimous decision win against his former teammate, using an unexpected wrestling approach rather than his usual knockout power.

After the main event of UFC 270 in Anaheim, Ngannou said of Gane: “I knew he was gonna be a tough opponent, no doubt, I know him.

“He was very, very good. The only thing I had to do was stay composed, don’t chase him, trust yourself.”

The result marked the first professional defeat of Gane’s career.

Ngannou, meanwhile, took to the Octagon with bands around both knees, and said after the fight: “Three weeks ago I hurt my knee, tore my MCL completely, but couldn’t see myself retreat from this fight, because it was a moment for me to make a statement.

“You guys may sleep on me, but I put in work every day.”

When asked by UFC commentator and podcast personality Joe Rogan about a venture into boxing, Ngannou said: “Boxing is always in the back of my pocket.

“It’s something I must do before the end of my career.

The French-Cameroonian is believed to have one more fight on his current UFC deal, though he has insisted he will no longer fight for “$500,000 or $600,000” amid a pay dispute with the promotion’s president Dana White.