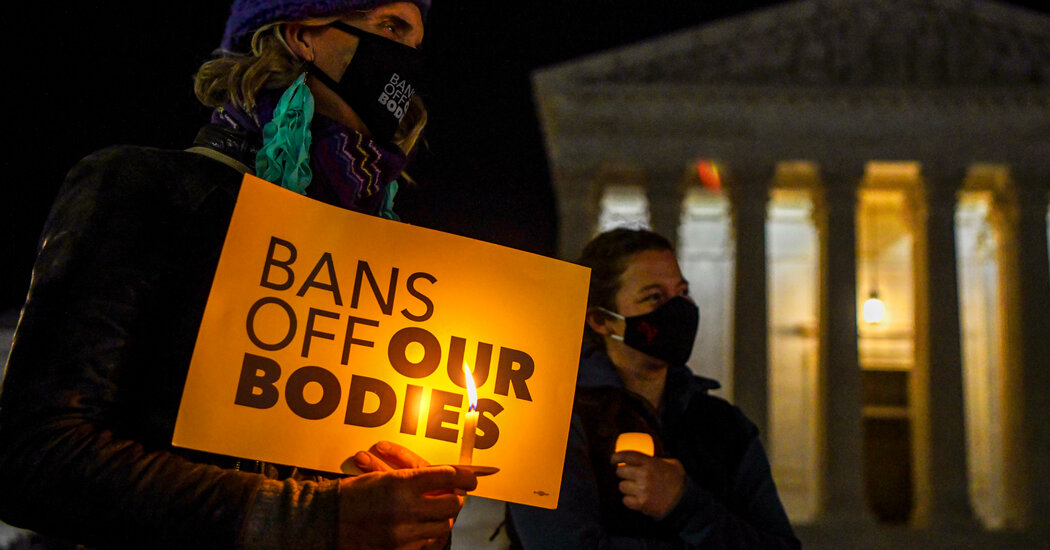 The 1994 Republican landslide helped show that railing against abortion could be an effective political tactic. Years later, when Mike Pence, then still a congressman from Indiana, introduced legislation to defund Planned Parenthood, I met with one of the few moderate Republican elected officials left in another conservative state. We had three health centers in her district, and she had always been a supporter. She couldn’t vote with me, she said, her voice full of regret. She was convinced that the Republicans would run someone against her in the primary, and she would lose her seat.

I could see this for the farce it all was when, in one of the most surreal moments of my life, Ivanka Trump and Jared Kushner asked to meet me a few weeks before Donald Trump’s inauguration. If Planned Parenthood would stop providing abortions, they promised, not only would Mr. Trump stop the organization from being defunded — he might just increase funding for Planned Parenthood. But what they really wanted, more than anything, was for Planned Parenthood to get out of politics. The meeting only highlighted how few Republican politicians actually care about abortion; their opposition is all about delivering a victory for their base.

As we now know, Mr. Trump delivered on his promise to nominate judges who he said would help overturn the constitutional right to an abortion. With the enthusiastic help of Mitch McConnell, he confirmed the three Supreme Court justices now poised to overturn Roe. If they uphold Mississippi’s unconstitutional ban on most abortions after 15 weeks of pregnancy, 26 states would be either certain or likely to implement their own bans. We know what life there will look like, because Texans are living it right now. Amna Dermish, a doctor in Austin, recently described to me what it felt like to have to turn away patients just a few days past the limits Texas has imposed on abortions in the state. She called it “a moral injury. To have to do that several times every single day is unbearable.”

Looking back on the last 20 years, I see that I wasn’t cynical enough to fully comprehend the extent of the Republican Party’s willingness to trade away people’s lives for political power. I had faith that if we provided excellent health care and showed how access to reproductive rights had helped women, as well as our economy, and if we kept most of the country on our side, this, too, would pass. I was wrong. As a movement, I know we couldn’t have worked any harder, but maybe we could have been tougher.

Still, not all hope is lost. Despite years of punditry and sensationalist headlines, the myth that Americans will always be divided on this seemingly intractable issue is just that: a myth. According to Gallup, 80 percent of the country believes abortion should be legal under any or certain circumstances. And last year, American Bridge 21st Century, in partnership with Planned Parenthood Action Fund and Emily’s List, found that a majority of the voters polled (71 percent of women and 64 percent of men) felt Republicans were “out of step with their own views” on abortion. That may be because women from all walks of life have abortions — no matter their religion, socioeconomic status or political affiliation.