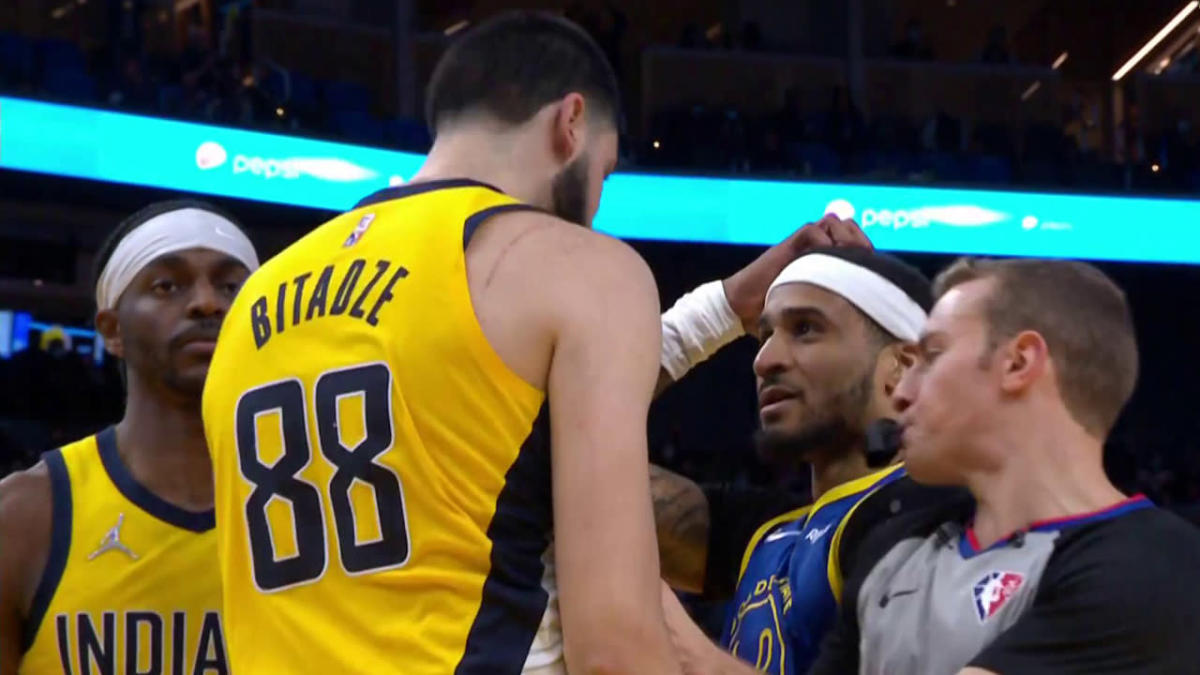 With the Warriors struggling to find separation from the Indiana Pacers at Chase Center, Kevon Looney, Steph Curry and GP2 turned a second-chance opportunity into one of the best moments of the night.

After Looney grabbed an offensive rebound, he reset the offensive by passing the ball to Curry at the top of the arc. Curry fired a pass to a cutting GP2, who hung in the air and posterized Pacers center Goga Bitadze.

GP2 might have been surprised by his dunk because he stood there and stared at Bitadze. The 7-foot center didn’t appreciate that, stepped towards the Warriors’ guard and headbutted him.

Bitadze was ejected from the game while GP2 was assessed a technical foul for his involvement.

GP2 has thrown down some incredible dunks this year, but this one over Bitadze might be his best.