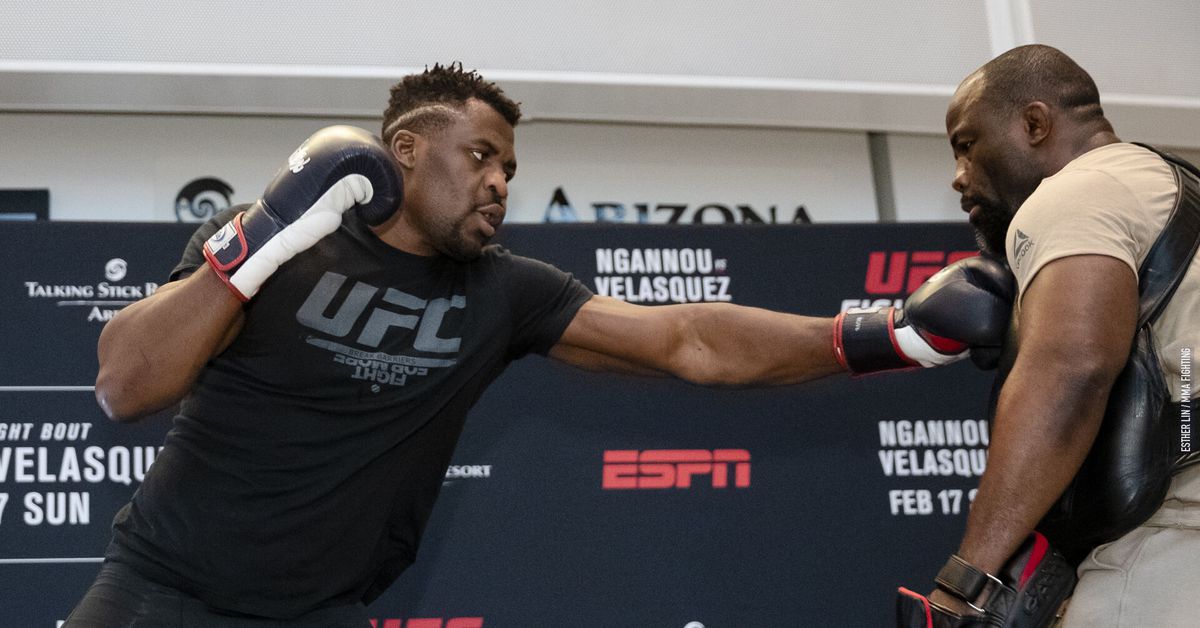 There has been plenty of outside-the-cage drama ahead of the UFC 270 main event, and coach Fernand Lopez has felt the sting of it.

Lopez will be in the corner of Ciryl Gane for the interim heavyweight champion’s clash with undisputed champion Francis Ngannou on Saturday, giving him the best seat in the house to watch two fighters that he brought to the UFC. One major storyline heading into the bout is how the past partnership between Lopez and Ngannou deteriorated to the point that they have repeatedly sniped at each other publicly since the split, something that Lopez isn’t proud of.

“What I regret the most is the falling out with Francis,” Lopez said during a media scrum in Anaheim, Calif. “Because when you spend that amount of time with someone, sharing the rooms, sharing the flights, sharing the training, you certainly get attached to him. And when you get a fallout, it’s disappointing. That’s it.

“What happened next is fine for me, I’m good for that. I’m in this sport family and I have my own new family, and I’m fine with that.”

While Ngannou has gone on to train primarily with coach Eric Nicksick at Xtreme Couture in Las Vegas, Lopez has continued to find success with Gane. This past August at UFC 265, Gane defeated Derrick Lewis by third-round TKO to capture an interim title and improve his pro record to 10-0.

Lopez doubts that he and Ngannou will ever work together again, but from a personal standpoint, he doesn’t see why there can’t be reconciliation.

“I don’t think we can work together anymore, but I think we can be gentle and talk as people and just share a drink or talk and it’s okay,” Lopez said. “I’m fine with that. I just met this morning with Eric Nicksick, one of the best coaches in the world. I really like what he’s doing.

“I think that he did an amazing job bringing Francis to that belt and bringing him to be calm, to be collected. We had very good words together. He’s a genuinely nice person and we were saying to each other how we should be happy for this even happening and there aren’t any bad words there.”

Watch Lopez’s full media day scrum above, in which he also addresses Ngannou’s claim that he knocked Gane out when they sparred together.