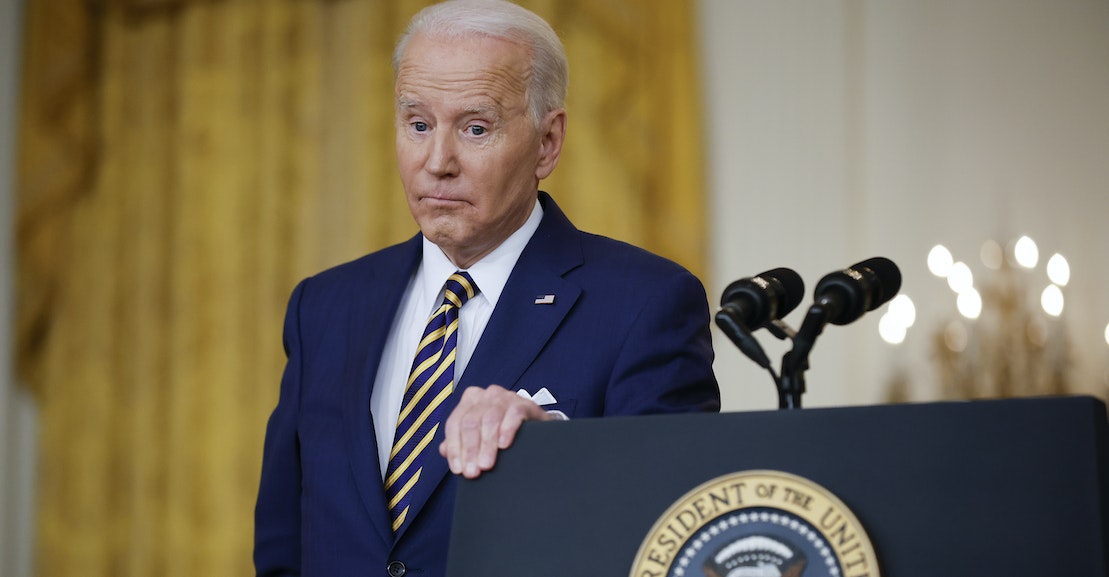 Nothing Putin does in Ukraine is apt to be swayed by
anything Biden said Wednesday, even his warning that “if they invade,
they’re going to pay.” As Biden put it in reflecting the mercurial nature
of the Russian president, “I suspect it matters which side of the bed he
gets up on in the morning as to exactly what he’s going to do.”

A defensive tone creeps into every Biden comment on the
abject withdrawal from Afghanistan, including his words Wednesday, “I make
no apologies for what I did.” But when it comes to Ukraine, Biden’s
foreign policy experience, for the most part, inspires confidence. Referring,
for example, to his recent conversation with Sauli Niinistö, the president of
Finland, and invoking Sweden as well, Biden smartly warned that these Nordic nations
might rethink their traditional neutrality if Putin became too aggressive in
menacing his neighbors.

If Ukraine was the dominant news story Wednesday, Biden’s
comments on the Republicans and 2022 offer larger political implications.

If Ukraine was the dominant news story Wednesday, Biden’s
comments on the Republicans and 2022 offer larger political implications. Again
and again, the president returned to a theme that we will hear in the fall
campaign: “What are the Republicans for? What are they for? Name me one
thing they’re for.” In his opening remarks, a well-briefed Biden quoted
from Chris Sununu, New Hampshire’s popular Republican governor, who recently explained
to the Washington Examiner why he had
passed up a potentially winnable Senate race. After talking with some Senate
Republicans, Sununu concluded, “They were all, for the most part, content with
the speed at which they weren’t doing anything. It was very clear that we just
have to hold the line for two years. OK, so I’m just going to be a roadblock
for the next two years? That’s not what I do.”

In another effective line, Biden asked rhetorically,
“Did you ever think that one man out of office could intimidate an entire
party where they’re unwilling to take any vote contrary to what he thinks
should be taken, for fear of being defeated in the primary?” Then Biden
referred to five unnamed GOP senators who told him that they lived in mortal terror
of right-wing challenges from Trump true believers.