Attempt to feed manatees fails so far, but effort to hold off starvation will continue PhysOrg (Robert M)

Phenomenal paper just published in Science persuasively demonstrating that EBV causes most if not all multiple sclerosis.

Here’s the difference between N95 and KN95 masks, and how to spot a fake Seattle Times (furzy)

Novak Djokovic: Tennis star detained ahead of deportation appeal BBC. I cannot fathom why this is the lead story at BBC, but that is why I am including it.

But that’s completely untrue, Bhattacharyya says. “It’s comforting to think there might be some tendency for SARS-CoV-2 to evolve toward a milder form. That’s not what we’re seeing here.”

COVID-Hospitalization Numbers Are as Bad as They Look Atlantic (resilc). Subhead: “Many supposedly ‘incidental’ infections aren’t really incidental, and cannot be dismissed.”

“Omicron is so contagious that it can’t be stopped.”
“We’re all going to catch it. It’s inevitable.”
“Omicron is like a natural vaccine, catching it is a good thing.”

Meanwhile on the other side of the world… pic.twitter.com/jKylsLKVJZ

I wrote about the loss of naive T cells and the death of T cells being problematic in 2020 in frontiershttps://t.co/M6hBv6k5Cc https://t.co/vzRgaizPek pic.twitter.com/NxEmIWmWpo

Americans Can Order Free Rapid Covid-19 Tests from Website on Jan. 19 Wall Street Journal. Just as this Omicron surge is staring to wane, at least according to Mass. wastewater and some other indicators. Expect the site to crash and/or be available only with difficulty the first day. The question is how well it performs under sort of normal conditions. The Obamacare website launch does not bode well for rushed site development.

Letter of Support for Anthony Fauci Ezekiel Emanuel (Kevin C). When you need letters like that….

U.S. grocery shortages deepen as pandemic dries supplies Yahoo. Resilc: “A two front war in the Ukraine and Taiwan should fix all this.”

When I read headlines like this, I want to claw my eyeballs out: What Should the Left Do About China? Nation (PlutoniumKun). As in “Where are the left’s divisions?” Since when has the left had any power, particularly with respect to foreign policy, much the less shown any appetite for using it? Having said that, the discussions about the splits is interesting, but the presumption that the opinion of “the left” even if there were one, matters, is bizarre.

U.S. intel suggests Russia is preparing a ‘false-flag’ operation as pretext for Ukraine invasion NBC (furzy). Help me. Russia does not want Ukraine. It wants NATO not in Ukraine. And Russia has said its next move would be a surgical strike, one hazards to guess against targets like NATO missile launchers it deems too close to Russian borders. The only time you so obviously mass troops for an invasion is against a weak target like Iraq. In WWII, the Allies went to some lengths to feed the Germans bad intel that the invasion was to be led by Patton, at another beachhead.

As Russia moves 3 amphibious assault ships from Kola base to #Balticsea, #Sweden raises military readiness on the island of #Gotland https://t.co/9UiD1hhaxo

Russian roulette: as croupier at this particular casino table, I invite you to place your bets Gilbert Doctorow (guurst)

One year after the Capitol riot, experts warn more political extremism and violence could be on the horizon in 2022 Business Insider. Kevin W: “Pearl clutching.”

‘Kingmaker’ Trump heads to rural Arizona, where GOP candidates are eager for his backing Roll Call (J-LS). Hard to square this with the terrible turnout at his recent rallies. Trump looks to be running on brand fumes plus the media pumping him as a traffic builder.

Bill and Hillary peek their heads out Politico

When all you have is a rate-hike hammer, every inflation looks like an excess demand problem. https://t.co/e60vv6Yi8V

We don’t know why, but being in space causes us to destroy our blood ars technica. Here due to space fantasies of squillionaires.

Antidote du jour. Timotheus: “Ibexes from my friend in the Jerusalem Desert.” 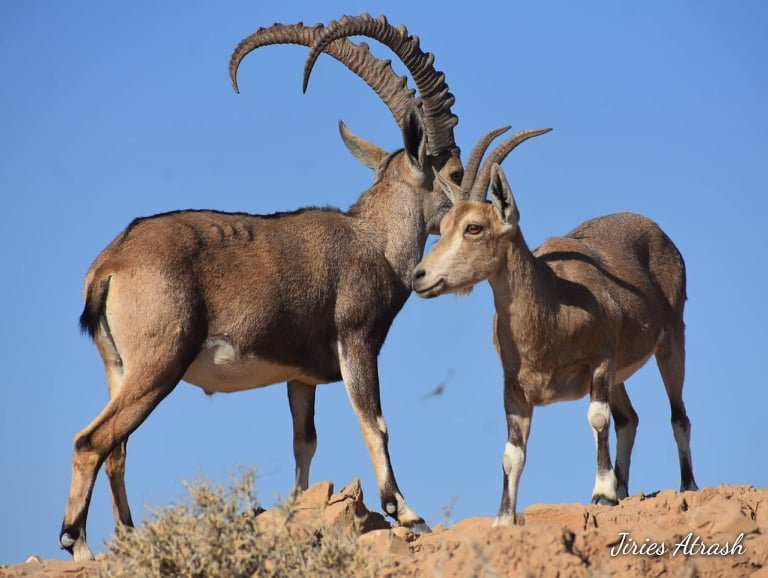