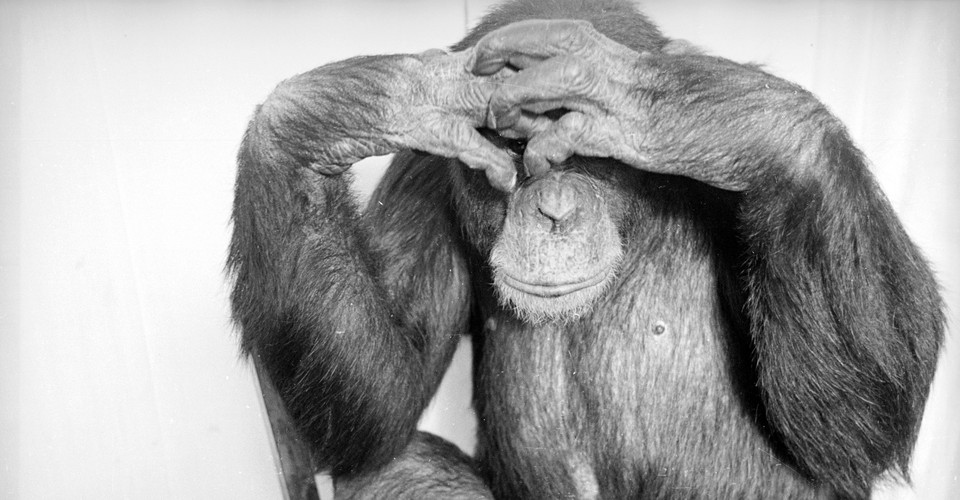 Take a tweet from the week after the Capitol riot in January 2021: “A Liberal insurrection would have looked very different. We would have escorted the original Broadway cast of Hamilton into the galleries. They would softly sing … as members of the GOP spewed their lies.” This was apparently intended as satire of a certain type of extremely online and cringe-inducing liberal smugness, but it came off as the thing itself and then produced more of the same. “I’ve literally been listening to the Hamilton soundtrack at work for days now,” wrote one woman. “This is EXACTLY what would’ve happened. ALL the theater kids everywhere,” wrote another.

Then the joke became real. Last week, as part of a series of public events marking one year since the January 6 riot, Speaker of the House Nancy Pelosi introduced a prerecorded performance by the cast of Hamilton, singing “Dear Theodosia.” Pelosi read aloud from the song’s lyrics: “We’ll make it right for you. If we lay a strong enough foundation, we’ll pass it on to you; we’ll give the world to you.” There was no need to debate whether this was cringe (which is now an adjective, as well as a noun and verb), because cringe is a you-know-it-when-you-see-it type of thing. And these days, you can see it everywhere.

As a term, cringe took off in forums in the early aughts, when the practice of humiliating oneself online was still somewhat novel. If it’s now mainstream—as a meme and an entertainment genre and an incredibly cutting insult—that’s not because human beings have become more cringe as a group. It’s because we’ve been given more opportunities to display our cringeworthy characteristics, and also to point out the cringeworthy behavior of others. Whereas people used to feel secondhand embarrassment on behalf of their friends and family, or wince at their own awkward behavior, they are now exposed to the potentially embarrassing behavior of entire social networks.

After spending years in that environment, our sense of cringe has been heightened to truffle-pig levels of sensitivity. We can sniff out the tiniest flaws in someone else’s public performance, dig them up, share them around. We’re connoisseurs of cringe. Maybe we’re even gluttons for it.

Early cringe culture drew much of its content from YouTube, and the majority of the cringe came from the fact that the people posting there didn’t seem to totally understand that anybody in the world could see them. There were beloved cringe clips, like the one of the Star Wars Kid, alone in a nondescript space, wildly swinging around a golf-ball retriever as if it were a lightsaber. And there were repulsive clips, like “My Video for Briona for Our 7 Month,” in which some guy winks and licks his lips in between making romantic declarations like, “I love you more than there are all the snowflakes in Russia.” Either way, the cringe was caused by empathy. You would be horrified if a video of you like that were made public. You could watch in privacy and feel grateful that yours was not a public life at all.

Other styles of cringe existed, too: self-deprecating cringe; playful cringe; hostile cringe grounded in the shocked, giddy realization that people even more embarrassing than oneself could exist in the world, and that they could be found so easily online. On 4chan’s designated Random forum, some of the first discussions of cringe ridiculed the many soft enemies of the edgelords: Tumblr users (“SJWs”), fangirls, furries. 4chan posters also used the term to describe the tastes of “normies,” people who weren’t online enough to understand their ironic sense of humor.

But the real cringe culture was on Reddit. Reddit’s first cringe-specific forum appeared in 2012, after Michael Dombkowski saw a local TV news segment on self-styled “teen werewolves.” He found the feeling it elicited interesting, and went in search of more videos that were “impossible to sit through”—ones that made him hit “Pause” over and over and steel himself to continue watching. He started the r/cringe forum as a central repository for those clips and set up an RSS feed that would alert him whenever someone on Reddit—in any forum—commented about something being “embarrassing” or “hard to watch.” Then he’d encourage the poster to share the video in his forum instead.

As r/cringe grew to include more than 1 million members, Dombkowski had to teach Reddit users what cringe was. “In the early days, we would get a lot of people posting stuff that just didn’t really match what I was looking for, or people who would post videos of people breaking bones or, like, gross-out stuff,” he told me. Later, he had to make a list of hard rules and ban people who were sharing clips of children or going into the YouTube comments of a cringey video and telling the subject to kill themselves. (Banned users made a spin-off forum called r/CringeAnarchy, which later became a far-right cesspool and then was kicked off Reddit for encouraging violence.) “I hated that. It really bothered me,” he said. “I always saw these videos as an empathetic exercise. It was always like, Oh, I could totally see myself doing this, or it just felt like one of those nightmares where you’re at school with no pants or something. It just fills you with dread for that person.” When I asked for an example, he sent me a link to a video from 2009, in which the employees of a Microsoft Store dance to the Black Eyed Peas song “I Gotta Feeling” for much, much longer than you would expect.

In her book, Cringeworthy: A Theory of Awkwardness, the reporter Melissa Dahl admitted to being a regular presence in r/cringe. “I visit the site almost every day, in part because I find it so amusing to eavesdrop on fights within this odd little online community,” she wrote. The bickering she described often focused on what cringe even means. Users quibbled over whether a video of Taylor Swift fans singing a song they’d written for her was really “cringe” or just “a little hokey,” and whether one person’s “a little hokey” might be another person’s “cringe.” Is cringe objective fact? Or is it a personal, physical response that can’t be explained? Do you need to have watched through your fingers, or while literally cramping at the gut, for something to be cringe?

That visceral response to cringe would be softened by the genre’s gradual mainstreaming. As cringe culture was blowing up online, the entertainment industry embraced cringe comedy and realized the cringe promise of reality television. This made the trappings of cringe even more familiar, while the act of calling out cringe—as opposed to simply feeling it—became something of a reflex. In 2018, the same year that Dahl’s book on cringe was published, several popular image macros were created specifically for this purpose, including one of the cartoon character Shrek snapping a photo, captioned YEP. THIS ONE’S GOING IN MY CRINGE COLLECTION. (Sorry, I know explaining this is also cringe.) Soon, there were Instagram compilation accounts dedicated to collecting the worst cringe, with a focus on cringe created by not-quite-random people who were performing, and failing, for thousands of their peers on TikTok. (Vox’s Rebecca Jennings has referred to cringe as “the backbone of TikTok.”)

Just last week W Magazine dubbed Leia Jospé, a videographer who worked on the popular (and cringe-influenced) HBO series How to With John Wilson, the “Curator of Cringe” on account of her efforts to catalog clips of classically hot influencers making fools of themselves. “I’m not being mean,” she said. The TikTok kids lack self-awareness or a sense of irony, and Jospé’s cringe comes from her feeling “secondhand embarrassment” about that fact. These aren’t clips that make you wince in recognition and shared pain. The empathy that was once part of cringe culture—the “it could happen to me, or it has”—is harder to get to because the positions of viewer and subject are so uneven. The cringe comes at a remove.

Platforms like TikTok or Twitter or YouTube, where anyone can stumble across anyone else, are hotbeds for cringe because cringe comes from context collapse: Here is a person standing up in public to say something that will be received in a way completely unlike what she had hoped or planned. Sometimes the error is so big that onlookers become outraged—as was the case with Nancy Pelosi’s earnest presentation of what has become, to many, a symbol of liberal mawkishness. (“Immediately started to cry from the cringe,” read one response to the video. “This is cataclysmic. It broke me.”) This is a dark turn for cringe, but it makes sense. After a decade of watching and analyzing millions of moments of public performances online, all while feeling compelled to constantly recalibrate one’s own, it’s offensive when someone grievously misunderstands the way that they’re coming off.