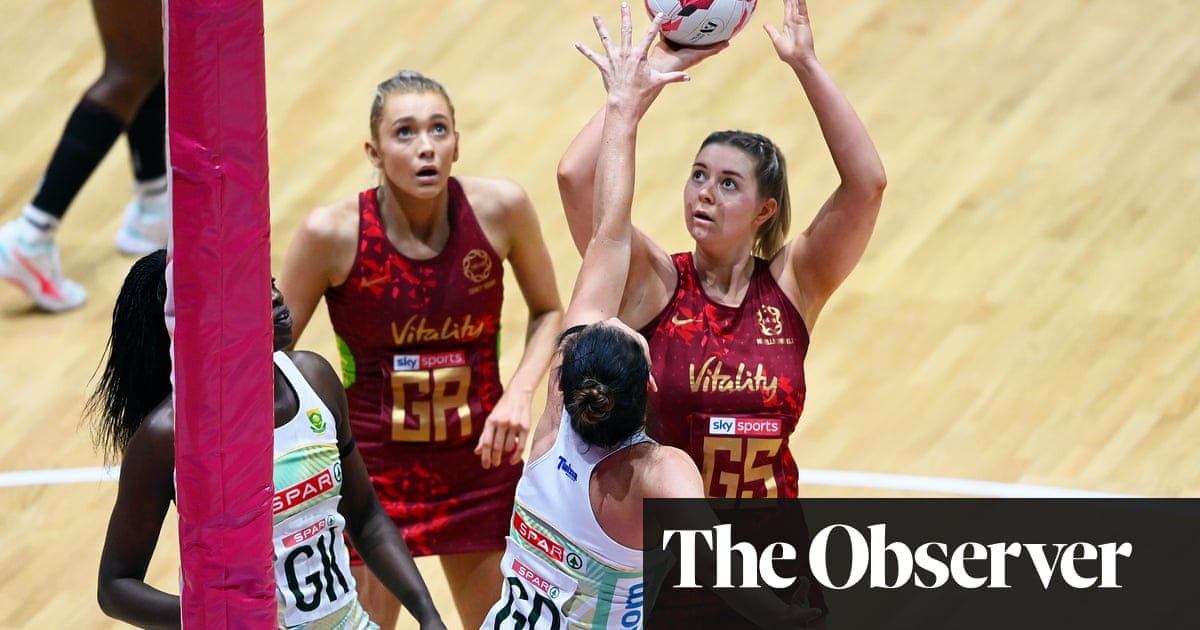 England got their Quad Series campaign off to a determined start as they downed South Africa 70-47 in the first of the tournament’s four matches.

A bright start by England, Geva Mentor, winning her 150th cap, had the home side burst out the gates breezing to a seven-goal lead. But as the Roses soared South Africa charged, providing a sharp reminder why international netball is no easy ride.

The Proteas’ captain, Bongi Msomi, pulled her strings allowing her side all-important entry into the encounter and cutting the deficit to three.

The entry of the goal shooter Georgia Fisher for Eleanor Cardwell injected a much-needed spark to an England resolute on addressing their early shortcomings. The 23-year-old’s chemistry with home-favourite Helen Housby was obvious and with a shift in defence style the Roses cracked onwards.

Ahead 36-24 at the start of the third, and on a roll, England never looked back. With the scoreboard singing their head coach, Jess Thirlby, threw her entire bench into the fray, critical for load management for the games to come.

As the siren sounded a sense of relief was felt. England had passed the first test with a resounding victory.

Australia were playing New Zealand in the later match.