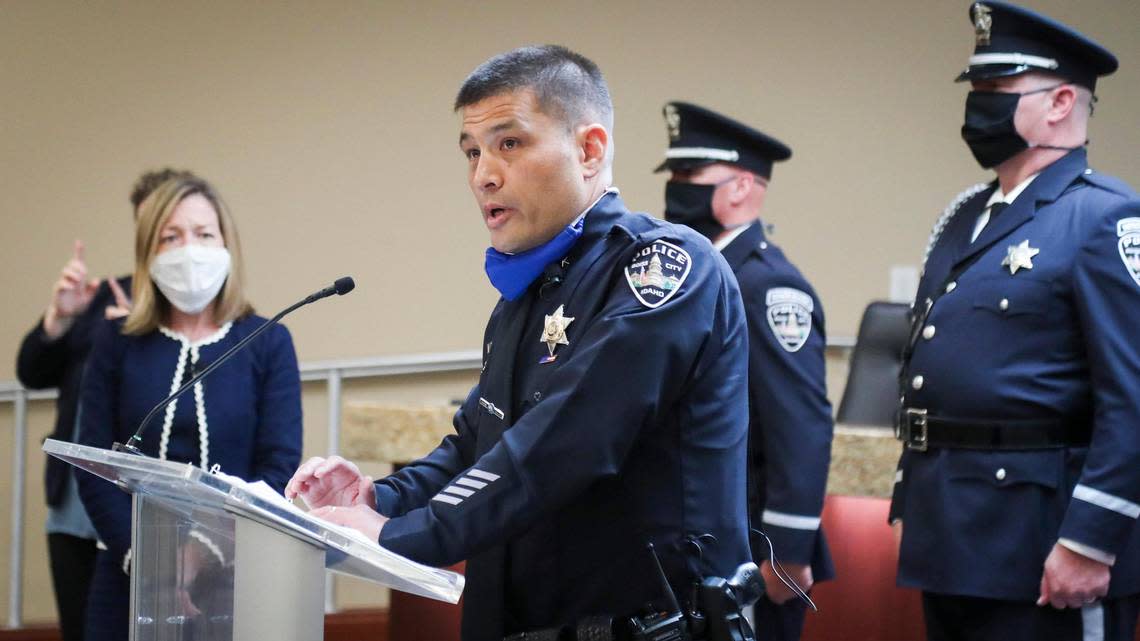 Boise Police Chief Ryan Lee is under investigation by Idaho State Police, a city spokesperson confirmed to the Idaho Statesman on Friday.

The investigation stems from an allegation that an incident occurred between Lee and another officer during a department meeting in late 2021, according to Lee’s attorney and two sources with firsthand knowledge of a briefing of high-ranking city officials.

Chuck Peterson, an attorney representing Lee, told the Statesman the alleged incident came about during a department meeting in which Lee demonstrated two types of holds on an officer, whom Peterson said volunteered to be a part of the demonstration. He said the holds involved the front of the head and the shoulders.

The officer later said he received an injury as a result of the demonstration and filed a workers’ compensation claim, Peterson said.

Peterson declined to say why state police were investigating a potential workplace injury.

While the city and state police have not provided any details about the alleged incident, spokesperson Justin Corr said in an email that the city is “aware of ISP’s investigation.” It’s not immediately clear whether the investigation prompted any disciplinary action toward Lee.

“We see no reason to take any action,” Corr told the Statesman in a brief email. “Chief Lee continues to protect and serve the people of Boise with dignity and honor.”

High-ranking Boise city officials were briefed about the alleged incident sometime in October, according to the two sources with firsthand knowledge of the meeting. Those sources requested anonymity because of the sensitive nature of the investigation. Law enforcement agencies have kept the investigation confidential, despite several attempts by the Statesman to seek more information.

The Statesman also interviewed multiple former members of the Boise Police Department about the nature of the incident, one of whom provided the name of the officer involved. The officer declined to answer questions when reached by the Statesman on Friday, and also said his attorney would not speak to the media.

Lee has held the top post at the Boise Police Department since July 2020, following a 20-year career with the Portland Police Bureau that saw him rise to the rank of assistant chief.

On Nov. 22, the Idaho Statesman sent a public records request to state police asking for “any records or reports regarding Boise Police Department Chief Ryan Lee assaulting another officer during a department meeting earlier this year.” On Dec. 3, ISP responded, saying that “some or all records requested are exempt from disclosure.” Agencies generally disclose when there are no records that match the description of the records request.

In its records denial, ISP cited two Idaho codes: 74-105(1) and 74-12. Under both codes, records that interfere with a law enforcement investigation are exempt from disclosure.

When the Statesman asked ISP to clarify the responses, spokesperson Lynn Hightower said “the responses should speak for themselves” and declined to comment further.

“The ISP Public Affairs Office is not able to confirm or deny what may be the subject of any specific investigation,” Hightower said.

Until Friday, the city had declined to acknowledge the existence of the police investigation against Lee. Corr previously sent an email on Nov. 30 — which came five days after the Statesman first requested information — that said, “Anything in the realm of (the allegation) would be a personnel matter, something we couldn’t comment on.”