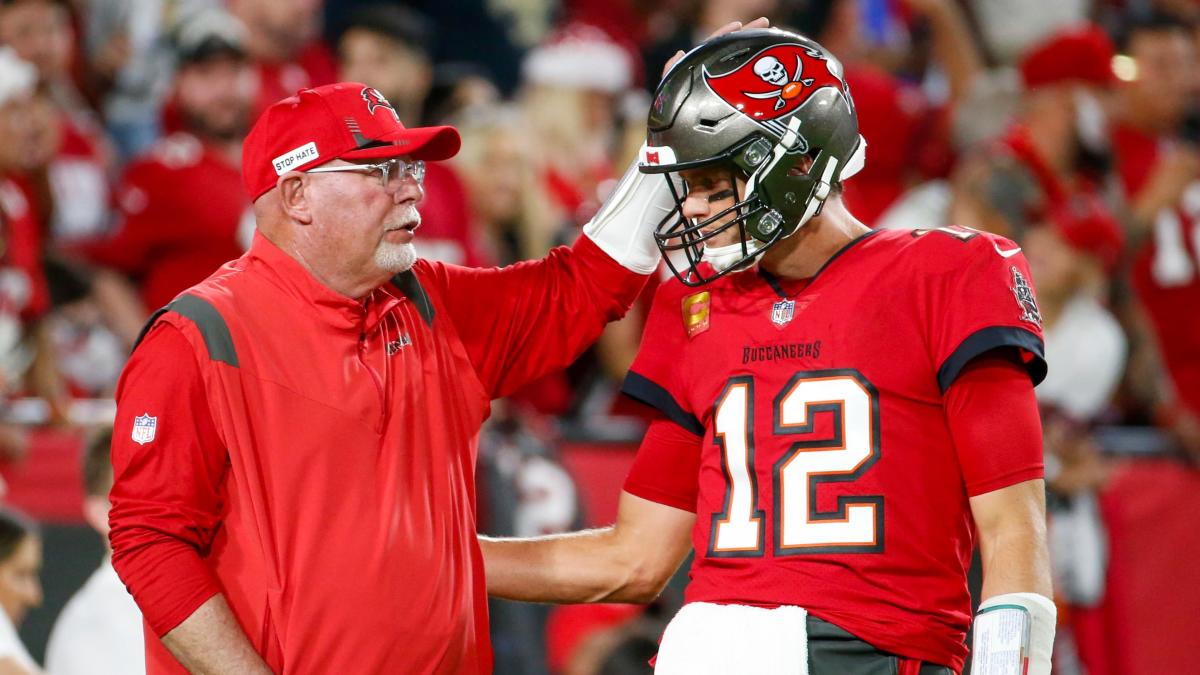 TAMPA — Imagine the regular season as a journey. A vacation, if you will.

You start off with all kinds of hopes and plans. The caravan is gassed up and the schedule stretches out ahead like an invitation to better days.

And then your tight end breaks down.

And a receiver goes missing.

Before you know it, there are leaks in the backfield and more warning lights in the passing game. And every town you visit seems more hostile than the last.

Imagine all of that.

And then imagine having the top-scoring offense in the league.

That’s what the Bucs pulled off this season. This broken-down, high-mileage unit scored more points than any offense in the NFL, which is a first for Tampa Bay as a franchise.

(As a team, Dallas scored more points in 2021, but the Cowboys got nine touchdowns from their defense and special teams. In an offense-to-offense comparison, the Bucs outscored Dallas by 30 points.)

Since Bruce Arians arrived as head coach in 2019, the Bucs have found the end zone more than any team in the NFL, averaging 29.8 points a game in 49 regular-season games.

What’s interesting is how the Bucs pulled it off in 2021. While they began the year with their best offense ever on paper, that group was intact for only two games. Between injuries/suspension, the Bucs were without Rob Gronkowski, Antonio Brown, Chris Godwin, Leonard Fournette and Mike Evans for 23 starts, which is about one-third of their combined availability.

They talked a lot about the next-man-up philosophy, but the truth is the gameplan had to be constantly adjusted. You may have a player stepping into the slot receiver’s role, but that does not mean his skill set or experience is the same as the guy he’s replacing.

“You think there’s a lot of Chris (Godwin’s) and AB’s out there? There’s not a lot of them out there on the planet,” offensive coordinator Byron Leftwich said. “You don’t ask (replacements) to be them. You ask them to be themselves and be the best version of themselves. Then, it’s my job to know what they can do well and put them in position to have success. I’m asking guys to be who they are.”

What emerged seemed to be a blending of Arians’ high-risk passing game with a more ball-control approach. Tom Brady led the NFL in passing yards with a career-high 5,316 yards, but he got there a little differently than he did his first season in Tampa Bay.

The point is that the Bucs were throwing the ball more than ever in 2021 but, beginning around Week 5, Brady began checking down to shorter routes.

In other words, the results were closer to what New Orleans used to get when Drew Brees was in his prime and completing a high percentage of shorter passes.

“You’ve just got to do the best you can do, show up for work every day, try to work with everybody, throw to everybody, communicate with everybody — we’re all in the same meetings — and build up some trust over the course of the season. And when guys get their opportunity, they’ve got to take advantage.”

It’s a fascinating glimpse of the real-time adjustments Brady and the Bucs had to make while bringing new players onto the roster in mid-season.

Arians suggested it also spoke to Brady’s comfort level in his second season with the offense, after beginning the 2020 season with a limited training camp and no preseason games due to the pandemic.

“I think Tom has a much better feel this year than last,” Arians said. “And once he figures you out, you’re in trouble.”

Sign up for the Bucs RedZone newsletter to get updates and analysis on the latest team and NFL news from Bucs beat writer Joey Knight.

Never miss out on the latest with the Bucs, Rays, Lightning, Florida college sports and more. Follow our Tampa Bay Times sports team on Twitter and Facebook.