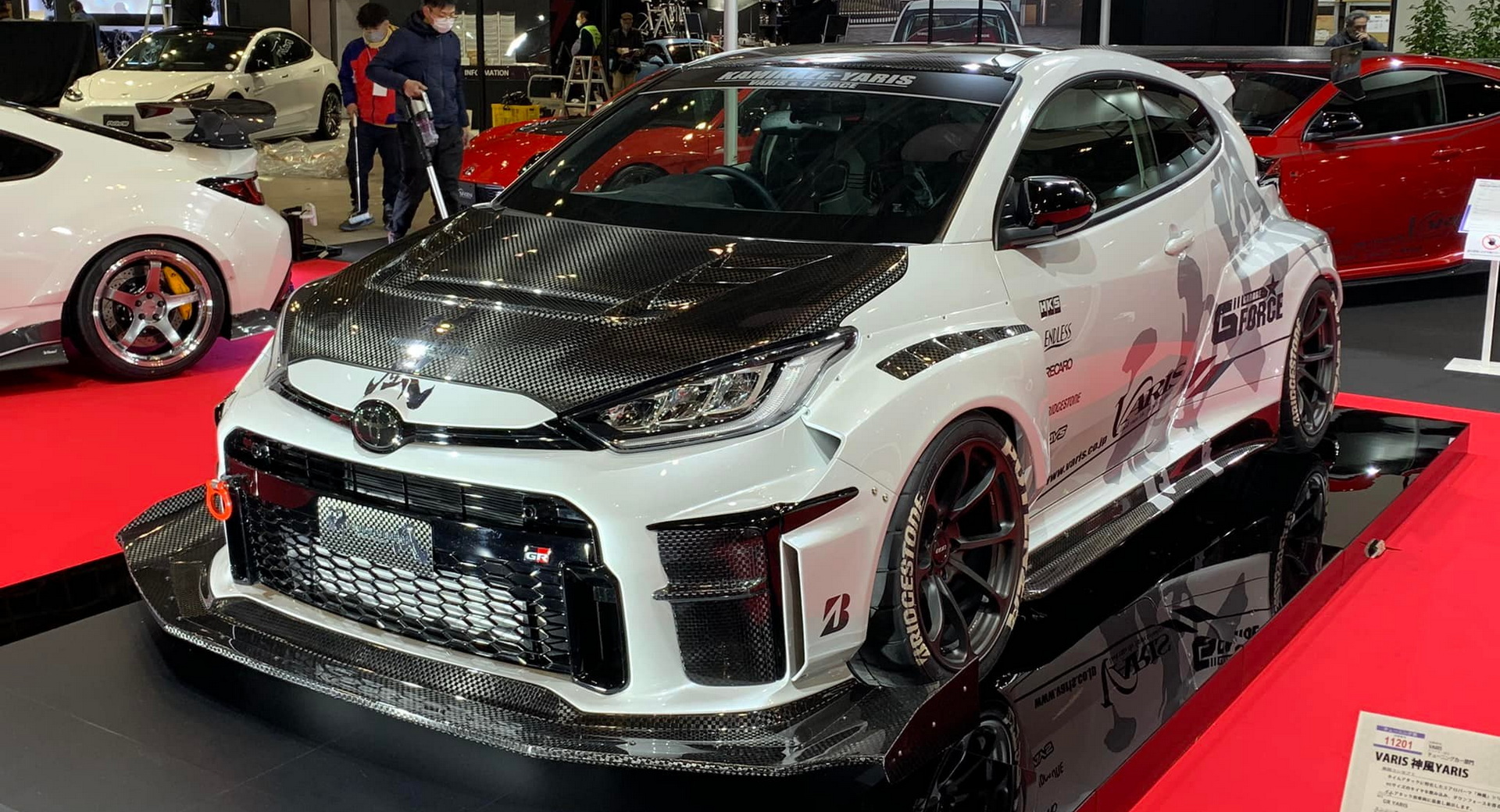 The Tokyo Auto Salon has kicked off and Japanese tuner Varis has shown off its aero packages for the Toyota GR Yaris, GR86, and Subaru BRZ.

The modifications for all three are pretty extensive, with the “Kamikaze” kit for the GR Yaris being perhaps the most aggressive. It features aero parts designed specifically for time attack (Kamikaze) series that includes an absolutely enormous front splitter that extends several inches past either side of the front of the car.

Intakes at either side of the grille may help air move around the wheels and the air outlets on top of the widened wheel arches look straight off a race car. A carbon-fiber hood with big gashes cut out of it completes the look at the front. It is joined by a carbon-fiber roof, which should help cut down weight up high, while side skirts may help manage the air down low.

The wider wheel arches are emphasized at the rear with big box flares that would make a Group B rally car nod in approval. These feed into a new rear bumper with a massive diffuser while a huge wing up high suggests that this GR Yaris has much more downforce than its stock engine needs.

It also gets a titanium muffler, Volkracing wheels, Bridgestone Potenza tires, and a modified suspension, and Varis plans to get a lot of extra power out of the 1.6-liter engine.

Relatively to the GR Yaris, Varis’ work on the GR86/BRZ seems toned down. The BRZ is built in collaboration with tuner Original Runduce and it gets a carbon fiber hood with air vents cut into it. A new front splitter integrates with the existing front fascia while giving it a racier look.

New bodywork emphasizes the lines over the wheel arches and works with the side skirts to make the whole car seem wider. A new rear bumper also builds on Toyota and Subaru’s design while bringing the car closer to the ground and incorporating diffuser elements. A pretty sizable wing and small fins just over the rear window help manage the air further.

Like the GR Yaris, Varis says it is installing these parts on a time attack car that will be as fast as it is visually impressive.