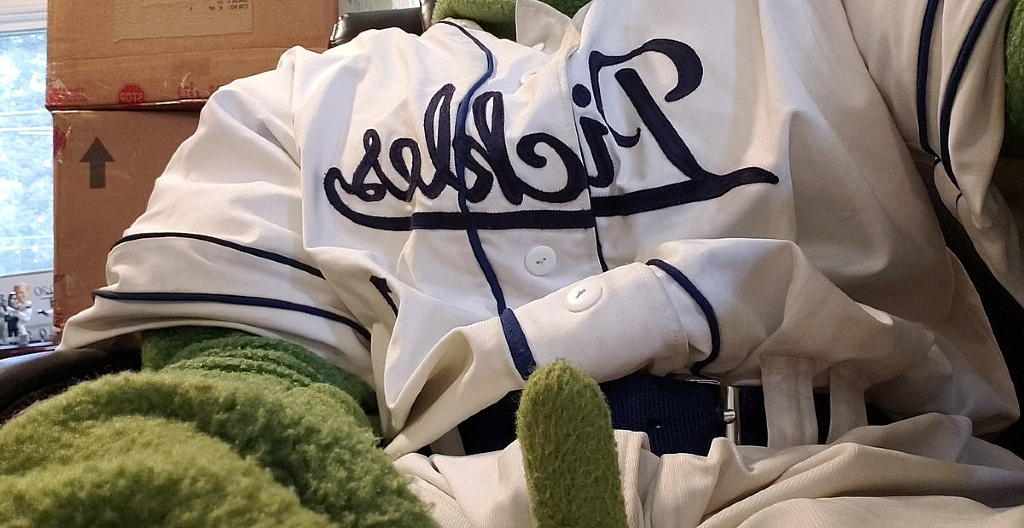 The collegiate summer baseball world was turned on its head earlier this week when Dillon T. Pickle, the mascot for the Portland Pickles of the West Coast League, posted a “disturbing image” to Twitter at the start of a mascot takeover. While the team quickly ended the takeover and claimed that “Dillon would like to go on record and say that he was trying to give his fans a thumbs up,” the matter has not been resolved, thanks in part to a video posted to Twitter on Friday afternoon.

The video served as Dillon responding to the “scandill,” which, I hope someone in the team’s marketing department gets a raise for this. After posting a picture of the original tweet, running through a collection of tweets that showed people reacting to the image, and showing off some headlines about the incident over somber piano music and audio clips of stuff like Joe Buck reacting to Randy Moss fake mooning some Packers fans. Then, the mascot announced that it had been been framed.

Our mascot, Dillon T. Pickle, has released the following video statement regarding yesterdays scandill. You may be SHOCKED at his response: pic.twitter.com/GdbbhQDNGO

What does this mean? Who knows! But give the Portland Pickles credit: This is a very good and very silly way to kill some time before their season starts a little later this year.