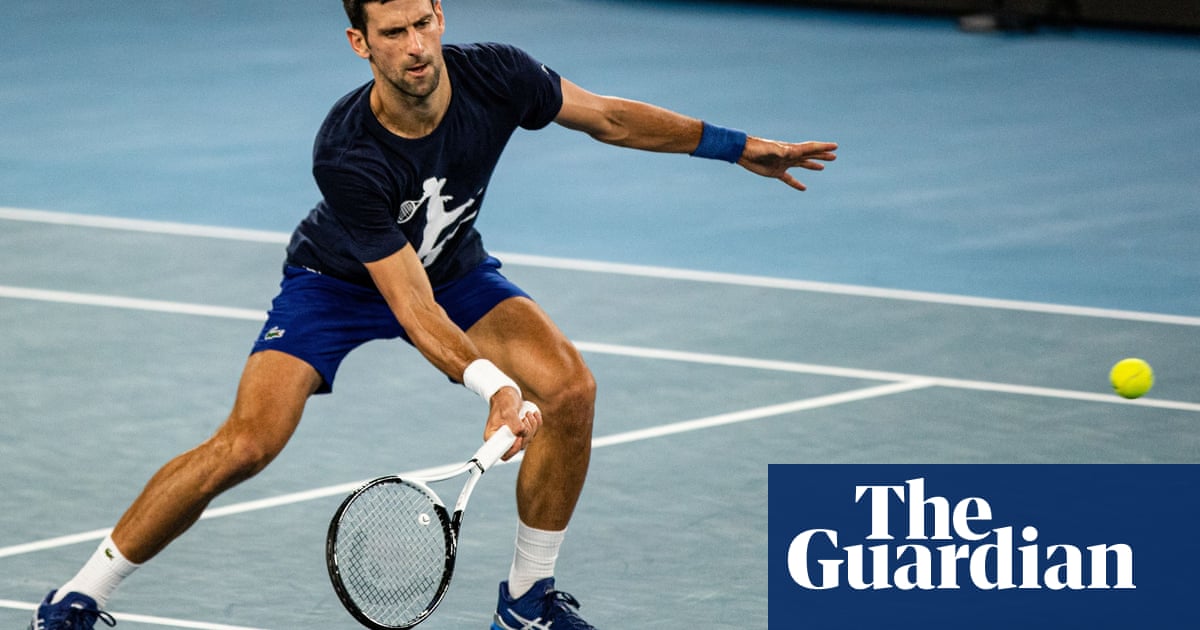 What happened on Friday?

Another extraordinary day in the Novak Djokovic saga began at 5.52pm local time when Australia’s minister for immigration, Alex Hawke, exerted his personal powers to cancel the men’s world No 1’s visa for the second time. In a statement Hawke said he had done so “on health and good order grounds, on the basis that it was in the public interest to do so”.

Hawke’s decision also quashed a federal court’s decision on Monday that had allowed Djokovic to stay in Australia after he had his visa initially revoked on 6 January.

However three hours later the parties were back in the federal court, again in front of Judge Kelly for an urgent court directions hearing, which finished shortly after 11pm.

What emerged from that court hearing?

Three things. First it was confirmed that Djokovic will meet immigration officials at 8am local time on Saturday, after which he could decide to leave Australia – although such a scenario appears unlikely.

If the 34-year-old stays, his legal team and the Australian government will then face each other in court on Sunday morning for a third time in a full hearing.

Finally, Djokovic’s lawyer also revealed that the Australian government wants the Serb deported as they believe his presence could “excite anti-vaccination sentiment” – a claim he described as “patently irrational”.

Is that really the crux of the Australian government’s case?

Probably not. As Prof Jack Anderson, the director of sports law at the University of Melbourne explains: “We only got a glimpse of the lawyers’ arguments on Friday. There is no doubt that Djokovic’s lawyers are cherry picking, or reinterpreting, the minister’s reasoning. Of course that’s their job, but we haven’t seen the minister’s reasoning in full yet.”

What will Sunday’s hearing come down to?

“In some ways it is pretty straightforward,” says Anderson. “The minister has said that he’s cancelling Djokovic’s visa in the public interest and on health and safety grounds, and under the law he has very broad discretion.

“That leaves Djokovic’s team with a very narrow judicial review application to make. They will try to find a way to argue that elements of the minister’s decision are not reasonable – and, in fact, are so irrational that it should be quashed and Djokovic’s visa reinstated.”

Is there any danger that the case will spill over into next week?

Highly unlikely. As Anderson points out, Djokovic’s legal team asked for the case to be heard on Sunday, the government agreed, and both sides have agreed on an expedited hearing where they will have an hour to present their arguments before a judge decides whether Djokovic can stay or go. And that will be it.

What is the most likely outcome?

Good question. “It’s more likely than not that Djokovic has to leave Australia,” says Anderson. “In some ways all the Australian government has to do is show that they acted reasonably and rationally. The case is not about whether a court should have done something differently. It’s whether Hawke has properly instructed himself on the facts and the evidence.

“That makes it easier for the government side,” adds Anderson. “But Djokovic’s legal team is very sharp. And if you look back at the original decision. It was not something that people imagined would happen. You would expect, looking at judicial reviews of migration cases in Australia generally, that the government will survive this one. Although we’ve never quite had an application like this.”

Where does the public stand?

A recent poll found that 83% want Djokovic deported. “The slow drip-drip of information about Djokovic’s behaviour in Serbia after his positive test on 16 December and the breaches of federal regulations by entering Spain has had an impact,” explains Anderson. “That is balanced by an embarrassment over the way the Australian government has done this. But definitely public sentiment is not in favour of Djokovic.”