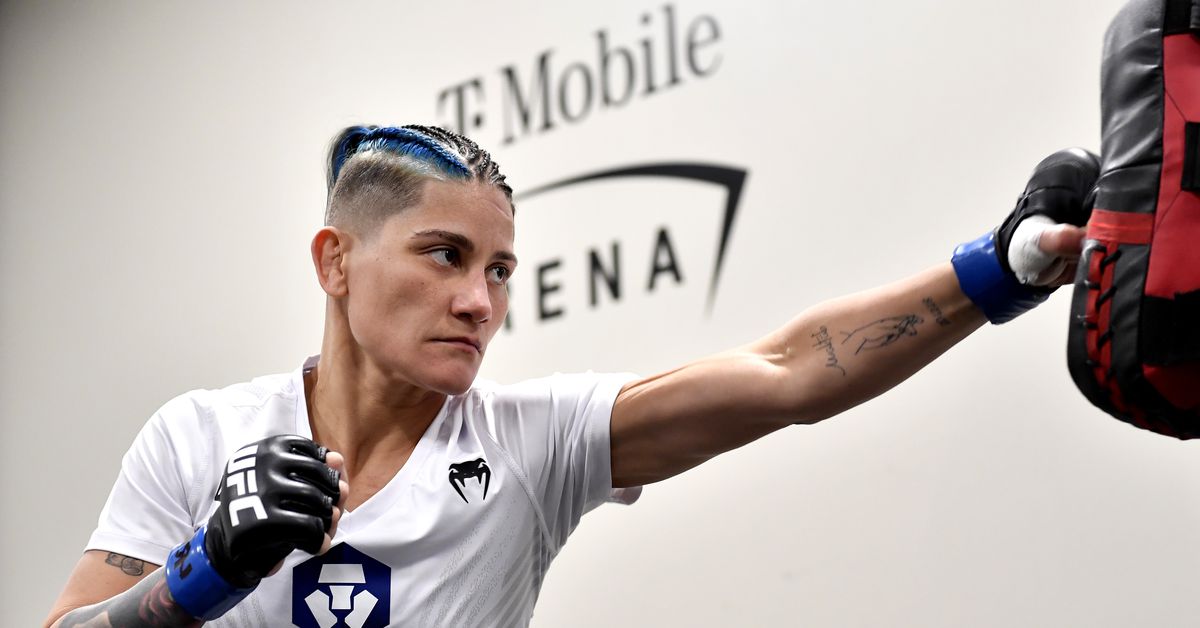 Priscila Cachoeira will get another shot inside the UFC’s octagon.

Multiple people with knowledge of the promotion’s plans confirmed to MMA Fighting that Cachoeira will step in as a replacement for Poliana Botelho to face Ji Yeon Kim at the UFC’s event on Feb. 26. Journalist John Hyon Ko was first to report the matchup.

Cachoeira’s most recent octagon appearance — a first-round submission loss to Gillian Robertson at UFC 269 — was mired with controversy. Prior to the bout, Cachoeira missed weight by three pounds and was fined 30 percent of her purse. Inside the octagon, Cachoeira gouged the eye of Robertson while trying to escape the submission attempt.

Despite the attention drawn to it, Cachoeira told MMA Fighting that the illegal maneuver was unintentional, and that she had apologized to her opponent.

Prior to that setback, Cachoeira picked up her first two UFC victories with stoppages of Shana Dobson and Gina Mazany.

Kim will look to get back on track as she enters the bout on a two-fight skid, decision losses to Molly McCann and Alexa Grasso. The 32-year-old holds three promotional victories, including a second-round TKO win over Nadia Kassem at UFC 243.

The UFC’s Feb. 26 event will be headlined by a pivotal lightweight matchup between Beneil Dariush and Islam Makhachev.