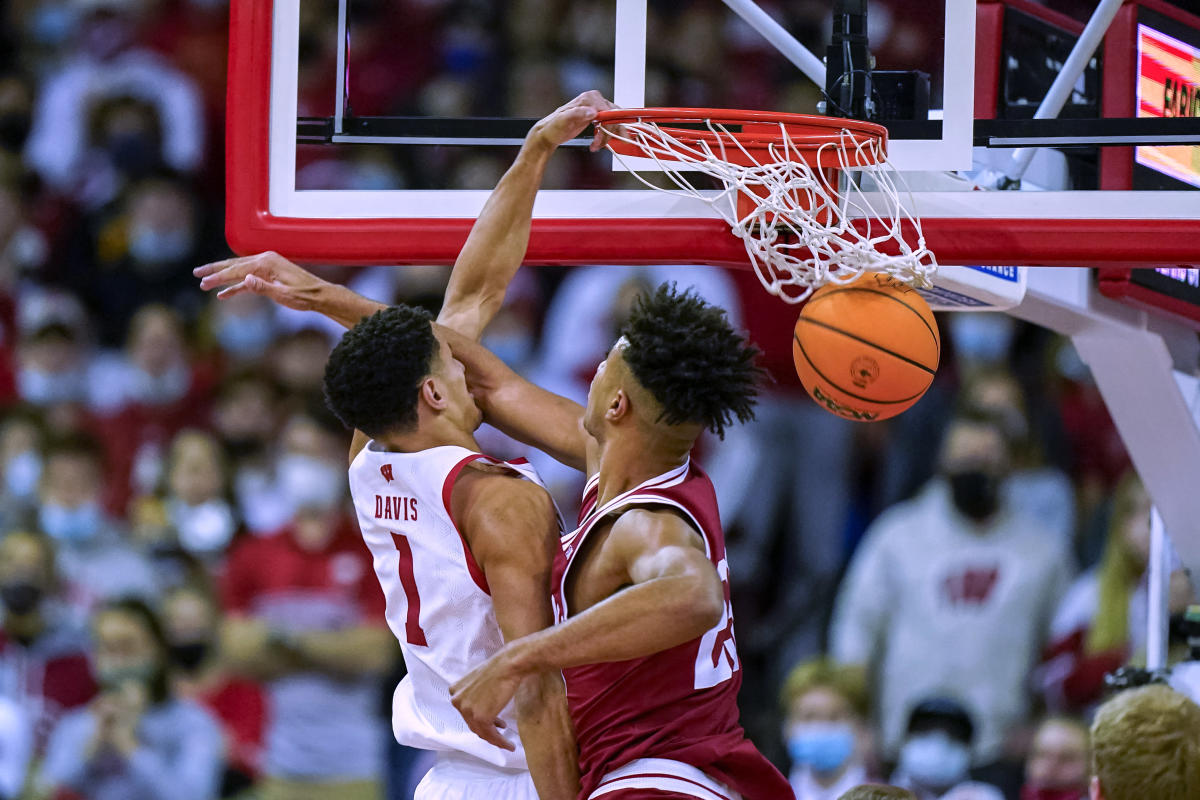 MADISON, Wis. (AP) Johnny Davis scored 23 points and made a go-ahead 3-pointer with 1:18 left to help No. 22 Wisconsin erase a 22-point deficit and beat Indiana 64-59 on Wednesday to extend its home domination in the series.

Wisconsin trailed 42-20 late in the first half and was down 42-25 at the intermission, but scored the game’s final 11 points. The Badgers outscored Indiana 16-2 over the last 5 minutes, 50 seconds.

Indiana’s Xavier Johnson, Race Thompson and Parker Stewart all missed potential go-ahead shots on the Hoosiers’ next possession. After the ball went out of bounds off Wisconsin to give Indiana another opportunity, Stewart drove down the left side of the lane and had his shot attempt blocked by Tyler Wahl with 32 seconds left.

Chucky Hepburn gave Wisconsin breathing room by hitting two free throws for his only points of the night with 23.9 seconds left. After Indiana’s Xavier Johnson missed the front end of a one-and-one with 18 seconds remaining, Hepburn made two more free throws to put the game out of reach.

Indiana’s collapse came after the Hoosiers dominated the first half.

After Wisconsin scored the game’s first five points, Indiana went on a 26-4 run over the next nine minutes. The Hoosiers capped that spurt by reeling off 12 straight points and holding Wisconsin scoreless for a stretch of 5:15.

Davis had nine rebounds to go along with his 23 points as Wisconsin earned its sixth straight victory. Wahl had seven points and 12 rebounds.

Thompson had 12 points and Johnson 10 for Indiana. Johnson also had seven rebounds and seven assists.

Indiana: After shooting 54.8% in the first half, the Hoosiers went just 7 of 31 over the final 20 minutes. They also were just 6 of 13 on free-throw attempts.

Wisconsin: The Badgers showcased their tenacity on defense by rebounding from such a poor start. Hepburn, a freshman, struggled in his Big Ten debut, but was clutch from the line in the closing seconds.

Wisconsin’s chances of moving up in the poll could depend on how the Badgers do Saturday when they visit No. 21 Ohio State.

Wisconsin: At No. 21 Ohio State on Saturday.