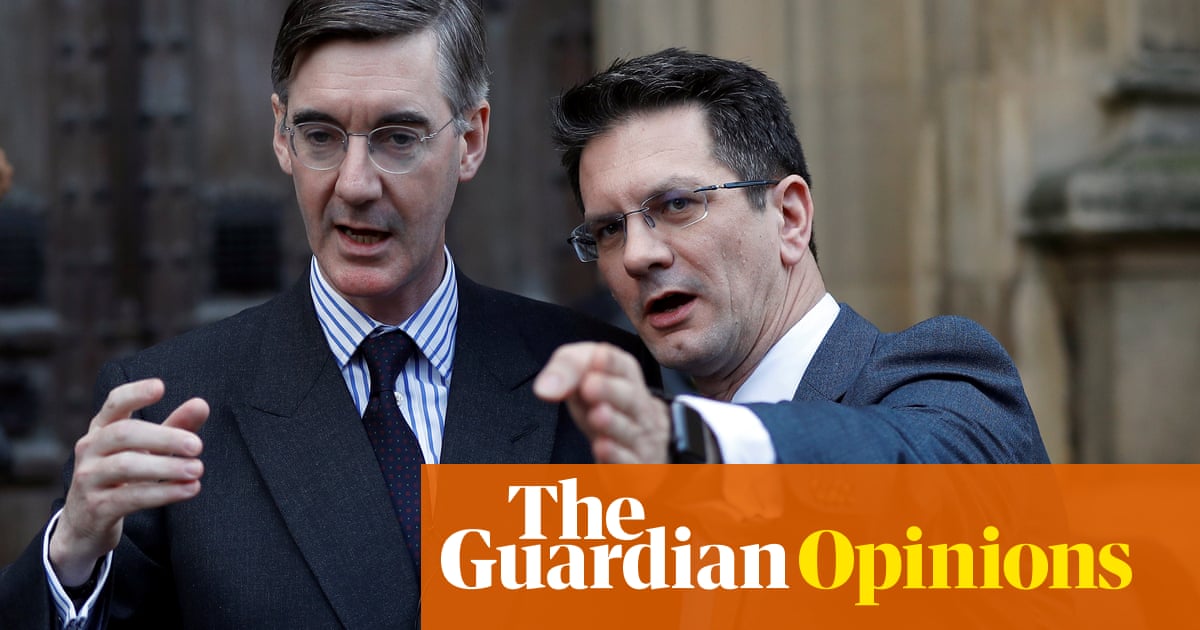 The House of Commons rarely hears speeches about what it is to be human, the elements of life that give it meaning, and the sanctity of free will. But last Tuesday, as MPs spent three hours considering what measures England should adopt in response to the arrival of the Omicron variant, the Conservative MP Steve Baker gave a brief oration that dealt with these things and more.

The debate, he said, was not really about modest proposals for mandatory face coverings in most public spaces, and 10 days of self-isolation for anyone deemed to have been a contact of someone infected with the new variant. Even if they didn’t know it, MPs were fundamentally considering “the kind of nation and civilisation that we are creating in the context of this new disease”.

He expressed concern about the effects of mask-wearing on children, and his worries about what a possible “pingdemic” might mean for the economy. But the nub of his argument was philosophical. “What is the relationship between the state and the individual?” he asked. “Are we to be empty vessels or mere automata – things to be managed, as if a problem? Or are we free spirits with, for want of a better term, a soul?”

Having offered this somewhat dried-up vision of the human condition (what, you could only wonder, of the meaning given to existence by friendship, family or community?), he then told his colleagues that they were facing “a fundamental choice between heading towards heaven and heading towards hell”. Some of them seemed to agree: 32 Tories opposed the self-isolation rules, and 20 voted against the new mask mandate.

There it was again: that vocal element of the Conservative party that successfully pushed us into the hardest of Brexits, and these days spends a lot of its time railing against measures designed to control the worst effects of the virus.

In the wake of the 2016 referendum, MPs faithful to its view of things relaunched the European Research Group to push for the UK to leave the single market and customs union. Today, some of their most high-profile politicking is also done via the new(ish) Covid Recovery Group. You might call the people involved Groupies: many are also members of the Net Zero Scrutiny Group, reportedly overseen by Baker, who thinks that if the government achieves its carbon emissions target by 2050, people are “going to be poorer, they’re going to be colder … and they may be eating insects for protein”.

These Tories are often termed libertarians, but such beliefs seem to have their limits: notwithstanding one or two murmurings of concern, they have supported the new crime and policing bill, and its swingeing restrictions on the right to protest. They tend to insist that masks should be a matter of personal choice, but tell us what that choice should be by not wearing masks in the Commons chamber. Their politics is essentially emotional: hostile towards the state being used to shape society and the economy, more about the individual than any notion of the common good, and seemingly based on the insistence that people like them should be able to do as they please.

They clearly have a strong influence on the prime minister. When the leading lights of the ERG agreed to vote for his withdrawal agreement with the EU and opened the path to the 2019 general election, they ensured that he owed them a debt. The exit from Tory politics of remainers and Conservative centrists has been another boost, as has the presence in the cabinet of such ideological allies as Jacob Rees-Mogg, Priti Patel and Dominic Raab. Regular whispers about Nigel Farage returning to steal Tory votes maintain Baker and his comrades’ influence. And their laissez-faire outlook chimes with one of the few sets of coherent convictions that Boris Johnson seems to possess, evident in his habit of claiming that Covid measures are a matter of huge reluctance, and the fact that he has almost seemed to make a point of being photographed without a mask.

There are indications that this kind of Conservatism might not suit once-loyal Tory people and places quite as much as its adherents think: recent Tory losses in council elections clustered in the south of England, the summer’s Liberal Democrat win in the Chesham and Amersham byelection, even last week’s low turnout and 10% swing to Labour in true blue Old Bexley and Sidcup. Viewed from this perspective, the new Tory right perhaps has a flaw it shares with zealots on the left, claiming to speak for “the people”, but regularly falling out of step with large swathes of the public.

There are, of course, Brexity, me-first strands of public opinion that do seem to fit with its view of things. But climate scepticism and opposition to meaningful action now seems to be confined to an increasingly small share of the population, even at the upper end of the age range. Just before the latest Covid rules were introduced, YouGov found that 83% of us supported compulsory mask wearing in shops and on public transport. Were millions of people told that accepting such restrictions was tantamount to a descent into the moral underworld, they would surely conclude that they were listening to cranks and fanatics.

The Conservatives have a long history of focusing on the more eccentric, out-there elements of the Labour party and making hay, a habit that reached its peak in the Jeremy Corbyn years, and is these days reflected in all those caricatures of anything deemed “woke”. But even now, Keir Starmer’s Labour party seems surprisingly quiet about the Tory right and its ever-increasing influence – rarely pointing out how far its stances are from public opinion, nor highlighting the hold it seems to have on Johnson.

If this were to change, Starmer might finally master something that has eluded him since the start of the pandemic: the ability to cast the Tories’ failings in moral terms, and offer a contrasting alternative. Think about it this way: if the most influential wing of the Conservative party favours flimsy ideas of personal choice over our collective wellbeing, that surely shines on everything from the prevalence among Tory MPs of second jobs and their aversion to face coverings, to Johnson apparently allowing staff to hold parties in Downing Street in defiance of lockdown rules. Such things are not only about arrogance, sloppiness and ineptitude: they also demonstrate what reckless individualism looks like in practice.

If Starmer needs an example of the tone he might strike, he could read an old speech by one of his predecessors. Socialism, said this Labour politician, was about “a moral purpose to life, a set of values, a belief in society, in cooperation, in achieving together what we cannot achieve alone”. He wanted, he said, a country where “your child in distress is my child, your parent ill and in pain is my parent, your friend unemployed and helpless is my friend, your neighbour, my neighbour”.

“We are not simply people set in isolation from one another,” he insisted, “but members of the same family, same community, same human race.” These were values, moreover, “shared by the vast majority of the British people”. There should be no nervousness among the Labour frontbench about rhetoric like that: Tony Blair said those words, when he and his party were less than two years away from finally sending the Conservative party into the wilderness.