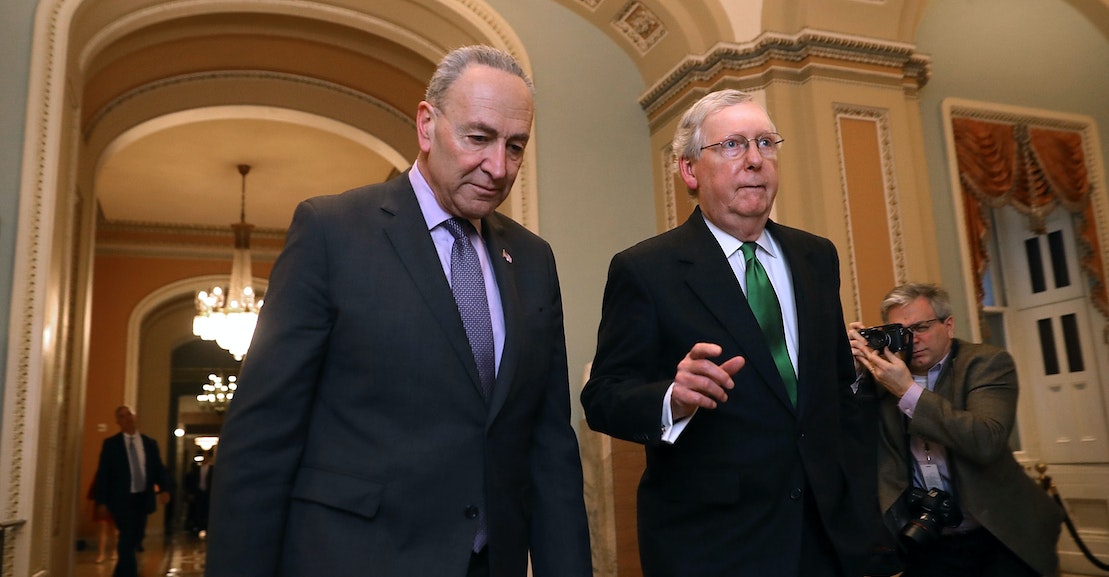 It’s unlikely that Democrats will weaken the filibuster in order to pass a debt limit extension without Republican help, as Senators Kyrsten Sinema and Manchin have remained adamant in their opposition to doing so. Republicans are also hoping to avoid any change to the filibuster, which means ensuring that Manchin and Sinema don’t waver in their position. A looming debt default may be a convincing argument for changing filibuster rules, which is another reason Republicans may wish to circumvent that scenario. (In October, McConnell reached out to Manchin and Sinema to discuss his proposal for a short-term debt ceiling hike before he talked to other Democrats, Politico reported.)

But the debt limit is far from the only issue Congress must address before the end of the year. There’s the aforementioned December 3 deadline to fund the government, followed by continued negotiations on larger appropriations bills. Congress must also pass the annual National Defense Authorization Act, or NDAA, the $768 billion measure to authorize defense programs. The Senate is hoping to finalize the NDAA this week, which will involve sifting through hundreds of amendments and may include votes on dozens of them.

On top of all this, Schumer has also said that he wants to complete work on the Build Back Better Act by Christmas, a highly ambitious proposal even if the Senate didn’t also have to raise the debt limit, fund the government, and authorize key defense programs. The House passed its version of the bill earlier this month, but the nearly $2 trillion measure is likely to be changed significantly in the Senate, thanks to concerns from some senators and the need to hew to the complicated rules of passing legislation through reconciliation.

“As you can see, we still have much work to do to close out what will be a very successful year of legislative accomplishments,” Schumer said in a letter to Democratic colleagues outlining the Senate’s agenda earlier this month. “I am confident we can get each of these important items done this year, but it will likely take some long nights and weekends.”