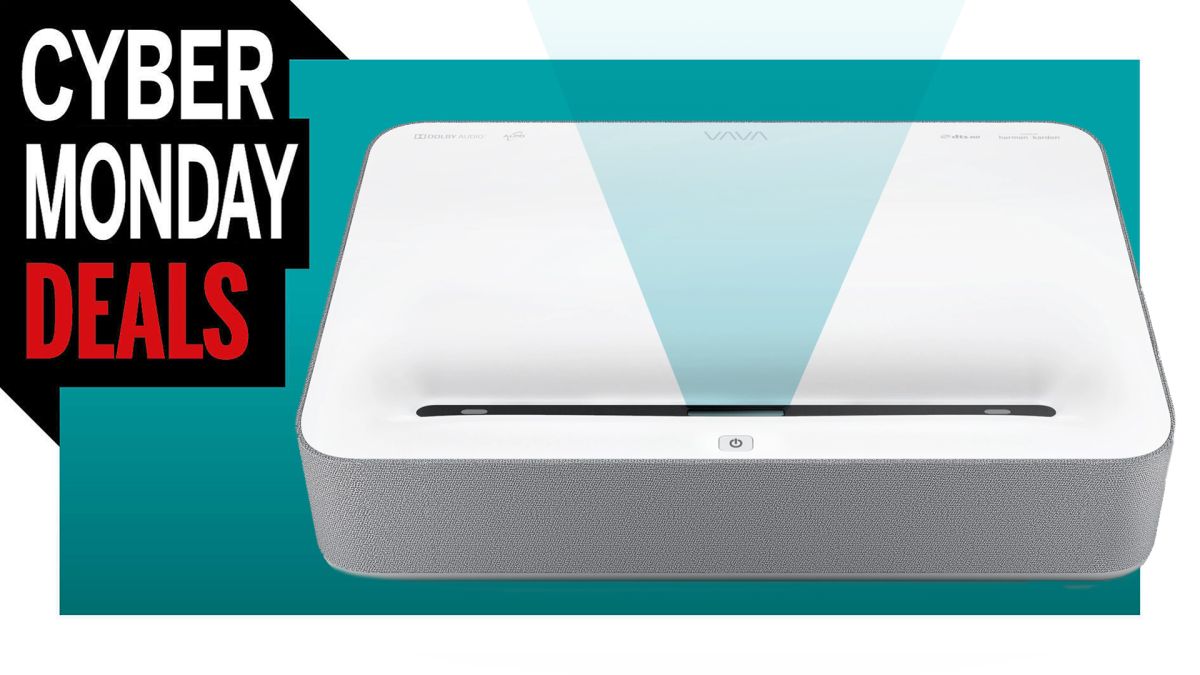 This is the VAVA 4K ‘Laser TV’, which means it’s a projector you can tuck up against the wall you’re projecting onto. Essentially it’s the previous model of the 4K VAVA Chroma—one of the best 4K gaming projectors we’ve tested—and it’s going cheap right now.

$2,199 is not terrible for the tasty set of features it provides. That’s a Cyber Monday saving of $600 for an impressive tri-laser projector.

Okay, so we say cheap… it’s a darn sight more than a 1080p projector would set you back, or even a modern 4K TV. Still, as an ultra short throw projector this one ticks a lot of boxes for those looking to install an impressive home theatre setup in about 5 minutes, no fiddly mounting necessary. That’s because you can simply pop it where your TV would go, up against the wall, and it’ll project from there. You haven’t got to find space for it on your coffee table, or attach it to the ceiling.

And this is a projector that’ll last at least a good six years, provided you use it for at most 11 hours a day. That’s thanks to a fantastic 25,000 hour lamp life, which is quite impressive considering its bright, 2,500 ANSI lumens.

As for gaming, it caps at 60Hz so you won’t be able to make the most of super high frames per second, and at around 100ms, the response time is on the slow side. As an ultra high definition projector, The VAVA Laser TV is more for experiencing all the intimate graphical details in games and movies, as opposed to being for super high-speed competitive or twitch gaming.

Where it really sings, however, is as an all-in-one home theatre. With two awesome 60W Harman Kardon speakers throwing out deep bass notes, the experience of watching films is pretty intense.

It has all the usual smart features, and even eight point keystone correction, which is great if you’ve got a wonky surface you want to project onto. And although the colour levels can be a little on the blue side, it’s overall a great buy, particularly with $600 savings.