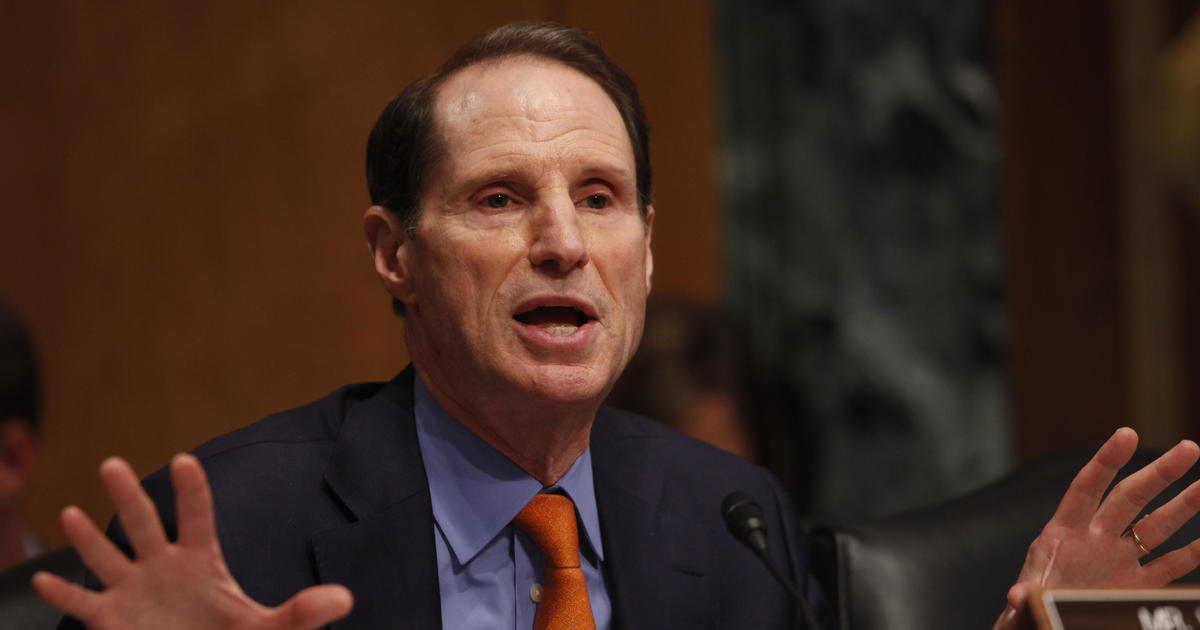 As Democrats work to figure out how to raise revenues to pay for their social spending agenda, a new tax on billionaires has emerged as a serious consideration, but it is already receiving opposition from Republicans and skepticism from some Democrats and tax policy experts.

Senate Finance Committee Chairman Ron Wyden of Oregon unveiled his billionaires income tax early Wednesday. The proposal would apply to the roughly 700 wealthiest Americans: those worth $1 billion or who have an annual income of $100 million for at least three straight years.

The tax would look at two components. Tradable assets such as stocks and bonds would be marked-to-market yearly and taxed on what are called “unrealized” gains, which is the annual increase in the value of a stock even if the person hasn’t sold it. They would also be able to take deductions for losses.

The proposal also includes non-tradable assets, such as real estate. Owners would not be taxed annually for these assets, but when they do sell them, they would have to pay their regular capital gains tax plus an additional interest charge also known as the “deferral recapture amount.” It would be calculated by the amount of interest that would be due if the asset had been marked-to-market annually and interest on the unpaid tax for the time it was deferred, which is the short-term federal rate plus 1%.

There are several other provisions, such as the first time a billionaire is subject to the tax and assets are marked-to-market, they can opt to pay the tax over five years. Those subject to the tax may also treat up to $1 billion of tradable stock from one corporation as a non-tradable asset to ensure it does not affect the ability of someone to maintain controlling interest of a successful company they founded.

“I’ve always felt that success was giving everybody in America the chance to get ahead and what we’re dealing with is flagrant loopholes in the tax code,” Wyden said.

Democrats are working to come up with other options to pay for their plan since Democratic Senator Kyrsten Sinema of Arizona opposes lifting the corporate tax rate from 21% and raising taxes on the wealthiest Americans.

Democratic Senator Joe Manchin of West Virginia has signaled he is open to a billionaires tax, but others remain skeptical.

House Ways and Means Chairman Richard Neal of Massachusetts has been in talks with Wyden on the proposal. Neal said he does not know if it will be a reliable source of revenue and that has been one of the “challenges” with it. He also said it would be hard to predict but court challenges could be an issue.

While only a small number of wealthy Americans would pay the new tax, many more would have to value their assets, including privately held businesses, every year, said Steve Rosenthal of the left-leaning Tax Policy Center. He questioned how the IRS would determine whether all billionaires filed properly and how the IRS would settle disputes over valuations. At the same time, it’s unclear how billionaires might pay if their money is tied up in stocks rather than held as cash.

“This is a pretty novel approach that’s being thrown together in a very short period without the benefit of public overview and comment,” Rosenthal said. “There’s so many ways it can be wrong.”

A billionaire tax may not be constitutional. Rosenthal said that a conservative judiciary could overrule Democrats’ agenda if they pay for it via a billionaires tax.

Senators Elizabeth Warren of Massachusetts and Angus King of Maine along with Wyden on Tuesday also announced a corporate profits minimum tax proposal. It would create a 15% minimum tax on profits of companies that report more than $1 billion in profits to shareholders. They estimate it would apply to roughly 200 companies and bring in between $300 billion and $400 billion over 10 years. President Joe Biden had proposed a similar tax, and the senators say they have the support of all the Senate Democrats.

Democrats are looking to raise as much as $2 trillion to cover their scaled-back social spending agenda, which included priorities such as affordable health care, child care, universal pre-K, tackling climate change and more. President Biden’s original proposal cost $3.5 trillion but some balked at the price tag leading to negotiations over cuts. The final proposal is still being worked out.

Speaker Nancy Pelosi said Sunday the billionaires tax has the “appeal” but doesn’t produce all the revenue necessary. She said Democrats anticipate it will bring in $200 to $250 billion. The Joint Committee on Taxation has not provided an official estimate on what it would bring in.

Pelosi indicated money for the IRS to increase enforcement, a global minimum tax and a proposed minimum corporate book income tax also remain on the table to help pay for the package.

Zak Hudak and Alan He contributed to this report.