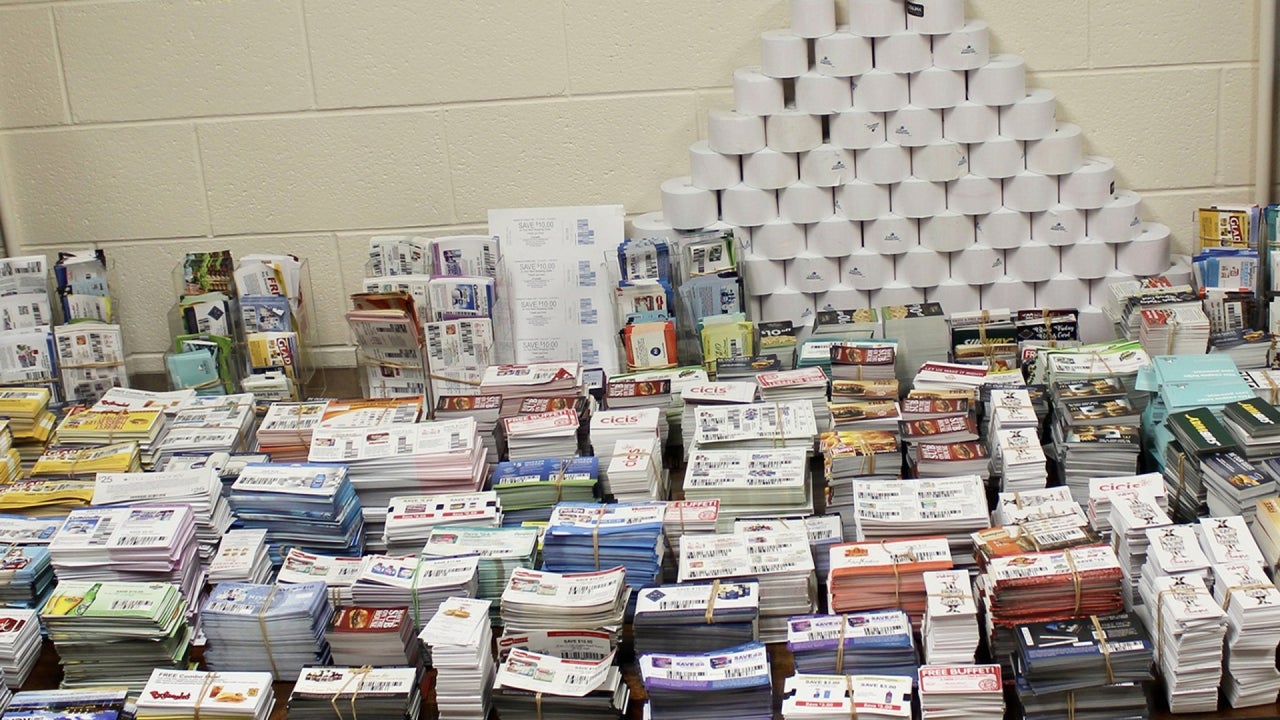 A Virginia Beach couple has been convicted of operating a $31.8 million coupon fraud scheme out of their home in what prosecutors called “one of the largest coupon fraud schemes ever discovered in the United States,” officials said, according to published reports.

The “criminal couponer’s” are ordered to pay $31.8 million in restitution to the retailers and manufacturers who suffered losses in the scheme, according to the press release.

The investigation started when Coupon Information Corporation (CIC), an association of manufacturers that tracks coupon fraud, contacted Postal Inspector Jason Thomasson regarding a tip about a Virgina Beach resident they believed was making counterfeit coupons.

One of the fraud victims described as a “coupon enthusiast,” in court records began to do her own investigation and reported the couple to the CIC, The New York Times  previously reported.

A few months after the investigation, the CIC had linked more than $125,000 in fakes to the suspected counterfeiter. Thomasson, also a task force officer at the FBI’s Norfolk office, teamed up with Special Agent Shannon Brill to crack the case.

“It came down to the volume of coupons Talens created and her ability to create fakes that offer deep discounts off of goods,” said the agents.one

Talens had a marketing background and computer design skills, and according to officials, was able to create a coupon for almost any grocery or drugstore product and make it for whatever value she wanted.

“She trained herself in the different techniques she needed to manipulate barcodes to make these coupons work,” Brill said.

And, the discount was near or over the retail value of the item, the agents said.

“She had coupons for $24.99 off a $25 box of diapers. And it would work,” Thomasson said. “And you’d have people walking out the door with those diapers for almost nothing.”

During a search warrant of Talens’ home, investigators found fake coupons worth more than $1 million, in what officials described as “every crevice of the house.”

“There were coupons in every jacket pocket; they were stuffed in her vehicles,” Thomasson said. They also found designs on Talens’ computer that allowed her to create coupons for more than 13,000 products.

Officials also discovered that Talens not only used her own coupons, but she sold them to a group of subscribers who found her through social media. She used an encrypted app to communicate with her customers and would only allow new subscribers into the group if they were referred by an existing member of the group, officials said.

Talens would either accept payment through payment apps, virtual currency, or exchange coupons for stolen rolls of the special paper that stores use to print coupons on, FBI officials said.

With the money, she paid for a new kitchen, sunroom and,  in-ground swimming pool. Her family took trips, shopped, and dined out while paying little or nothing for the things they consumed, officials said, according to the release.

An FBI forensics accountant was able to trace thousands of transactions Talens made through the payment apps and virtual currency wallets.

The $31.8 million in coupon fraud, agents said,  “is likely a conservative estimate of what Talens and her group of criminal couponers were able to steal.”

Over a period of five years, Talen also defrauded Medicaid and the Supplemental Nutrition Assistance Program out of about $43,000 by failing to report her husband’s legitimate employment income when applying, Fox reported.

She pleaded guilty to the scheme that ran from Nov. 2015 to Feb. 2020, The New York Times previously reported.

Talens said in a statement obtained by the New York Times that she was “deeply ashamed and embarrassed” by her actions.

“Despite Hollywood’s recent portrayal of coupon fraud as a comedy or simply ‘bending the rules,’ it is a serious matter,”  he said.

Miller continued: “He said the sentencing of Ms. Talens showed “coupon counterfeiting is generally a felony level offense, the penalties of which may include years in prison, total loss of assets, lifelong restitution orders, and reduced job opportunities. The perpetrator’s families often suffer as well.”

The U.S. attorney said that the scheme “harmed consumers, retailers and manufacturers nationwide, and the economy at large,” the Times reported.